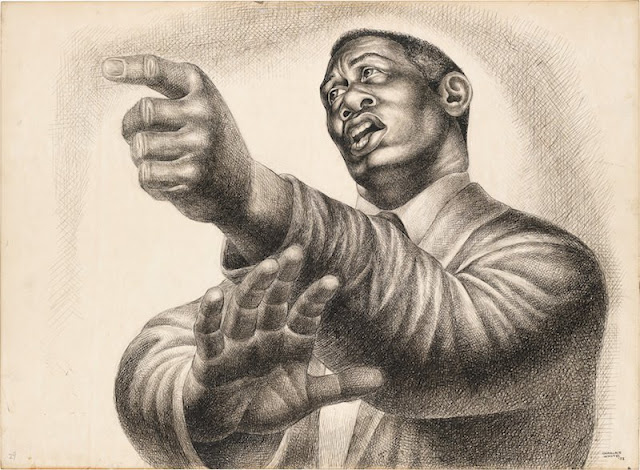 I mentioned last week that the Museum of Modern Art is organizing a retrospective of Charles White (1918-1979), who spent his last years in Los Angeles and was an influential teacher at Otis Art Institute. Culture Type is reporting that "Charles White: A Retrospective" will come to LACMA (apparently in early 2019) after appearing at the Chicago Art Institute and MoMA. (Above, Preacher, 1952.)

Meanwhile, starting next month, MoMA will show White's Black Pope alongside a small Leonardo da Vinci drapery study, an installation conceived and curated by David Hammons. The Leonardo is a study for an angel in The Virgin of the Rocks.

MoMA bought Black Pope after it had been featured in the Hammer's 2011 exhibition "Now Dig This!" 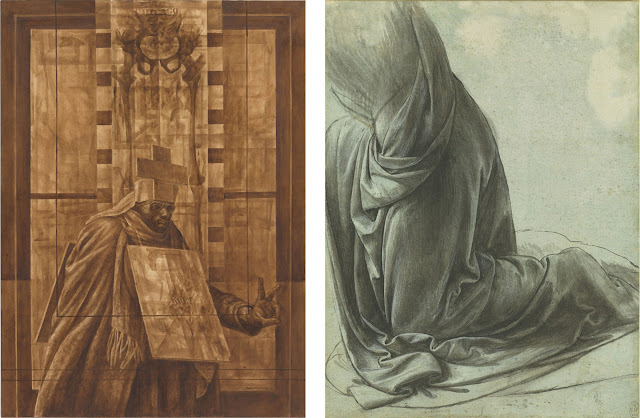