"Found in Translation" at LACMA 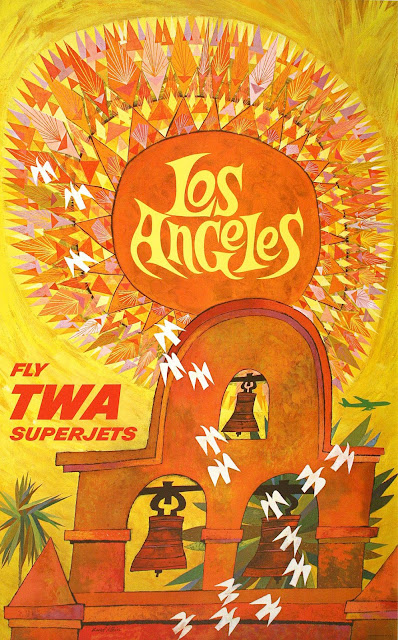 "Spanish" homes and buildings are the background white noise of our cityscape. We have been told they are cheap cultural appropriation unworthy of the attention accorded Case-Study modernists and their successors. LACMA's "Found in Translation: Design in California and Mexico, 1915-1985" shows how border-hopping revival styles are more closely connected to the avant garde than you might think. To give some hint of the show's unruly diversity, there are surprise appearances by Ruth Asawa, Marilyn Monroe, Asco, Louis Kahn, Will Rogers, Charles and Ray Eames, Cantinflas, Ken Price, and Xavier Cugat. Spend an hour here, and it will change how you see the city. (At top is a colonial/Latin-themed airline poster by David Klein, mid-1960s.) 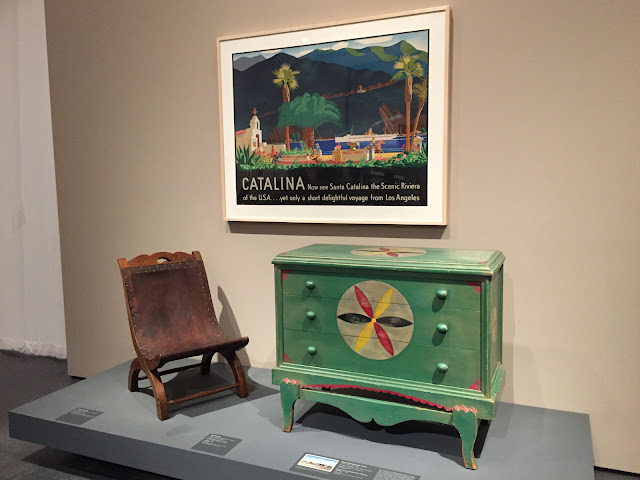 Colonialism. To 1930s boosters on both sides of the border, "colonial" was a good word. It evoked a romantic past, largely imagined. But the issue was not without controversy. Mexico's Secretary of Public Education José Vasconcelos complained of the U.S.: "The people there make no mention of Mexico when they admire Baroque facades or missions in ruins. They call everything Spanish."

To Anglo business interests, "Spanish" was classy, "Mexican" was downscale. The truth of course is that California was Mexico, up until 1848. "Found in Translation" explores that cognitive dissonance through modern (and anti-modern) design. 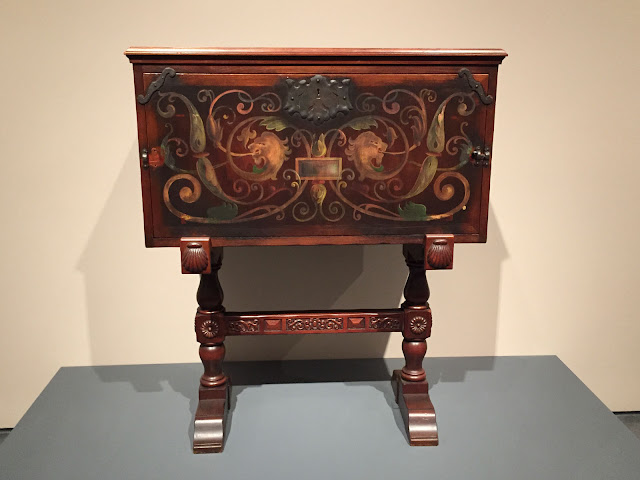 So-Cal's revival designs were political mainly in their attempt to be neutral. Santa Barbara decreed "Spanish Renaissance" writing cabinets for its County Courthouse, c. 1929. Like the Neoclassism of the East Coast, it adopted a Mediterranean style to legitimize the power of Anglo whites.

In contrast a cedar bench from Guadalara's Casa Zuno, is socialist. Designed by Xavier Guerroro and Amado de la Cueva, and carved by Juan Hernández, its panels represent the once-and-future revolt of the proletariat. 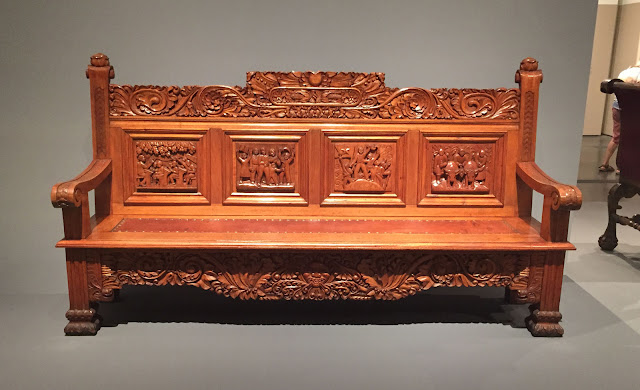 Mesoamerican Antiquity. Can a piano be Zapotec? It can, says Antonio Penafiel's Neo-Zapotec Piano, a gold-medal winner at the 1900 Paris world fair. 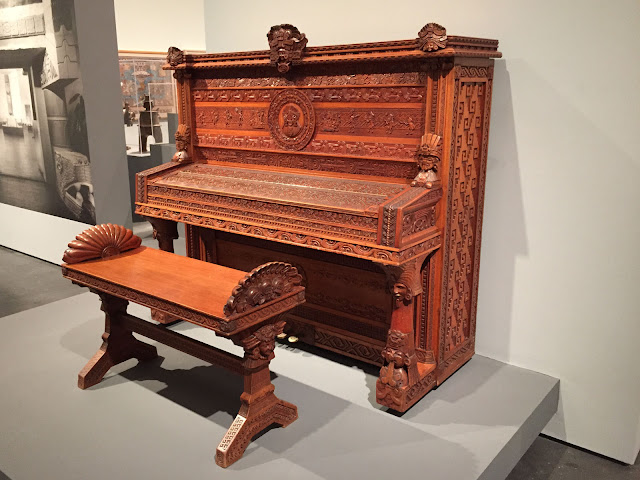 In the U.S., affordable antiquity was marketed to middle-class homeowners who wouldn't know a Mayan from an Olmec. LACMA recently acquired a Mayan-themed fireplace surround, c. 1930, by the California Clay Products Company. Assistant curator Staci Steinberger bought it on eBay. 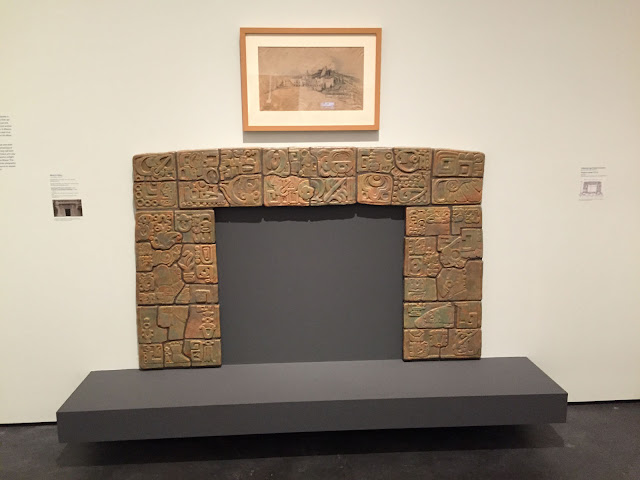 This Mayan textile block from Frank Lloyd Wright's Ennis House, c. 1924, will crumble if you look at it too hard. Wright deplored L.A.'s red tile roofs and "Spanish medievalism," insisting that Mayan was the modern way to go. During his L.A. sojourn, Wright was the Anglo Rammellzee of Mayan Futurism. 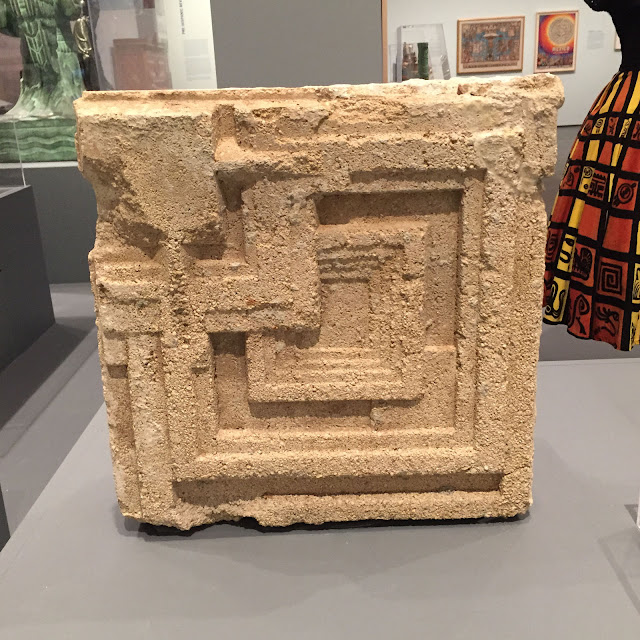 The show documents two efforts to build full-size replicas of Mayan pyramids in L.A. One was to be part of a much-expanded Southwest Museum campus, conceived c. 1927. Don't spit out your coffee—there was once a time when perpetually cash-strapped SWM was contemplating a big-money expansion. The other proposal, by Johnny D. González and David Botello, was for El Monumento del la Raza, to be built in East Los Angeles. Neither pyramid was realized. Also on view is a 1931 photo of the Kukalkan pyramid, Chichen Itza, by Manly P. Hall, Hollywood's favorite alchemist. 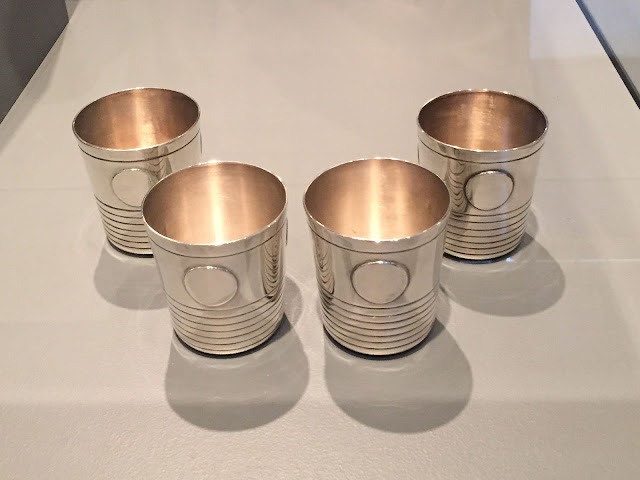 Paulette Goddard, a major star in her time, owned this c. 1940 necklace, handmade by an artist whose fame now far exceeds hers: Frida Kahlo. The jade pendant is a Mayan antiquity; Kahlo made similar jewelry for herself. 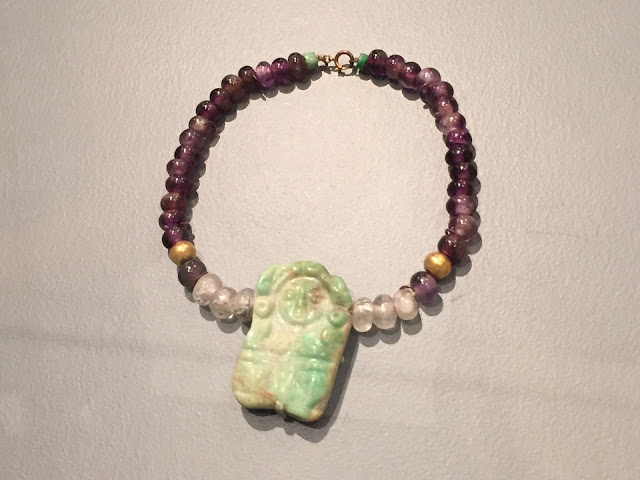 Folk: Mexican folk traditions, promoted by the Mexican state, were re-invented by Mexican and U.S. modernists. American-born Cynthia Sargent produced hooked rugs in Mexico City, selling them as smart alternatives to tourist art. The Scarlatti rug (detail below, designed 1958), is a Panamerican folk-modern hybrid. The same might be said of Ken Price's Happy's Curios (1970s). 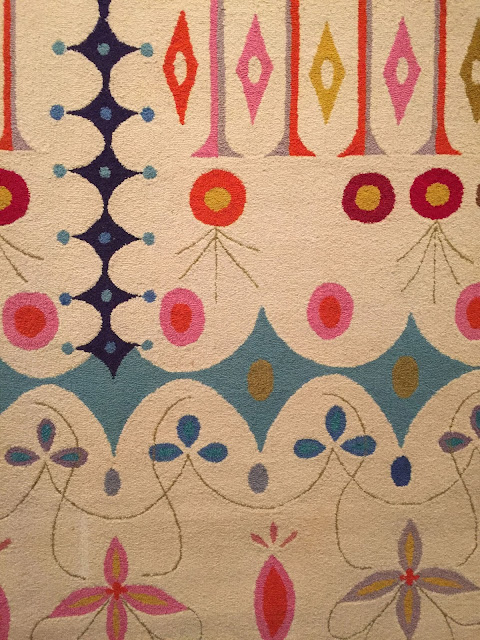 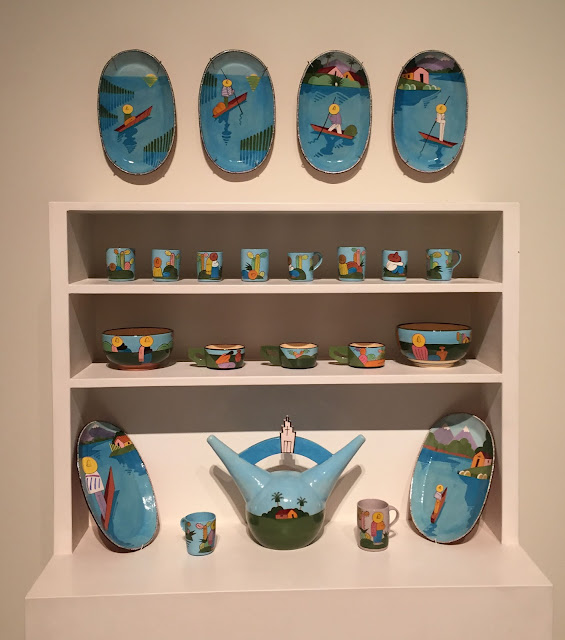 Pedro Linares and family took "anonymous" crafts to a new level, selling to an international clientele. These two knowingly post-folk monsters are 1974 by Pedro and Miguel Linares. 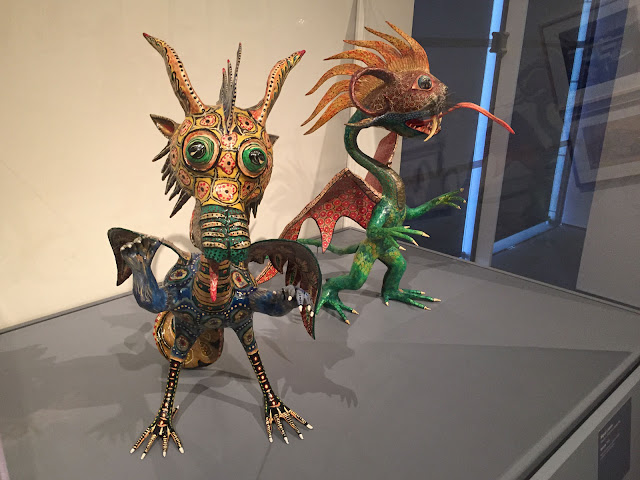 Chicanos: The Chicano movement re-appropriated the cultural appropriation that is abundantly on view here. Below is an Asco group photo documenting a Day of the Dead performance at East L.A.'s Evergreen Cemetery, 1974. Oddly enough, American awareness of the Day of the Dead had been boosted by a 1957 film by Charles and Ray Eames. 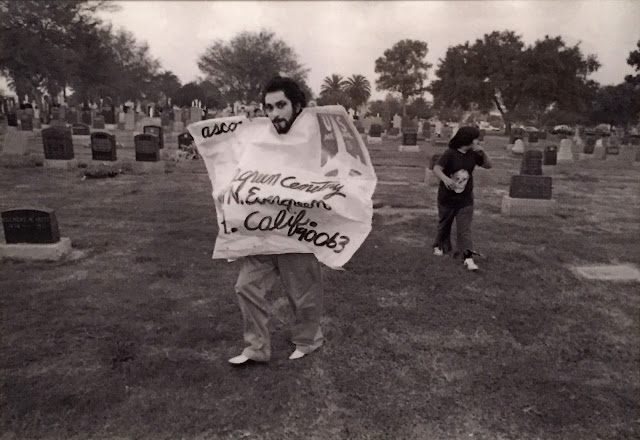 Before the Chicano movement there were Zoot suits. The one here is not the extraordinary ensemble that LACMA bought, at record price, in a 2011 auction. (That was still traveling with "Reigning Men.") It's a suit of mismatched components, as was typical. 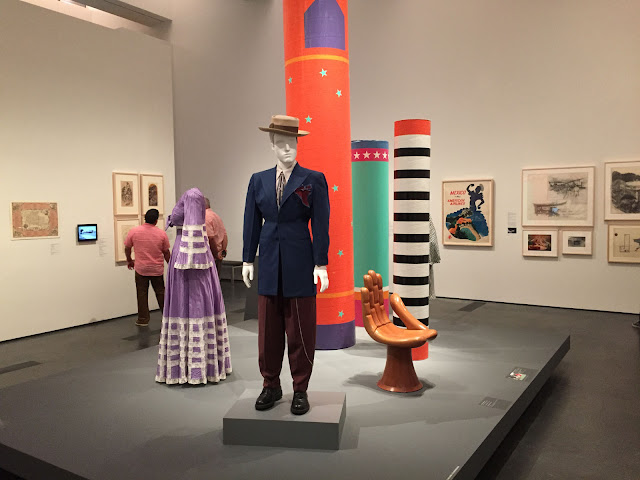 Favorite fact: Cantinflas had an Acapulco home that was a virtual replica of the Chemosphere House in the Hollywood Hills. 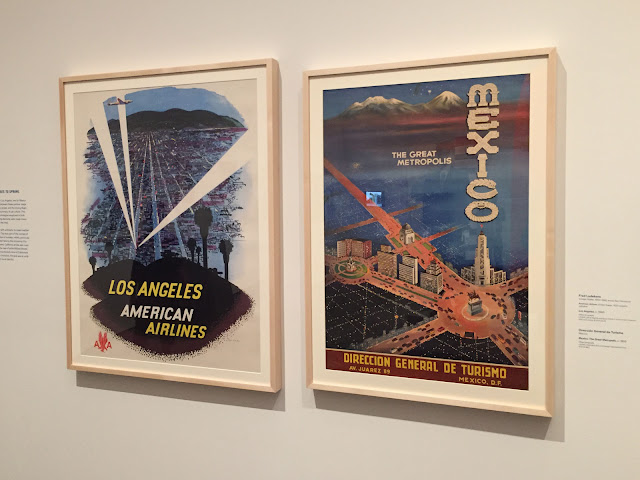