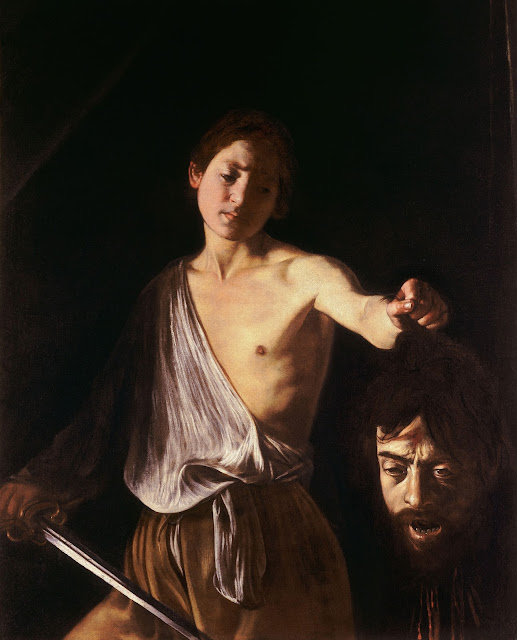 The Getty Museum has announced dates for "Caravaggio: Masterpieces from the Galleria Borghese": Nov. 21, 2017–Feb. 18, 2018. This will be a focus exhibition of three famous Caravaggio paintings from Rome. Above is David With the Head of Goliath. Goliath's head is identified as a self-portrait.

The Getty has already put on view three other Italian Baroque paintings, loans from private collections. Also in the severed head department is Bartolomeo Manfredi's Head of St. John the Baptist (1610-20). In the past it's been assigned to Caravaggio and to the lately fashionable Valentin de Boulogne. It's lent by L.A. collectors Dominique Carrillo and Juan Mielle. 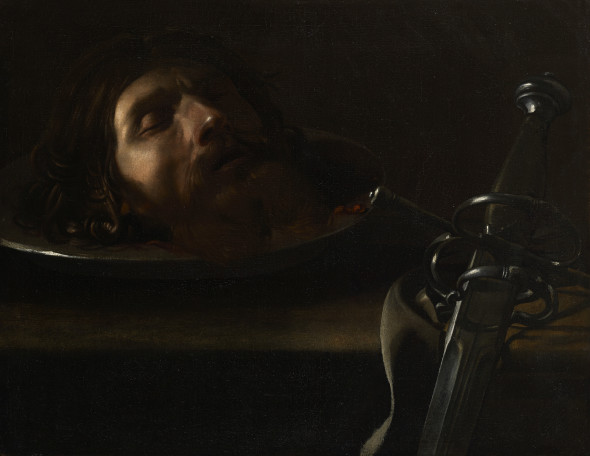 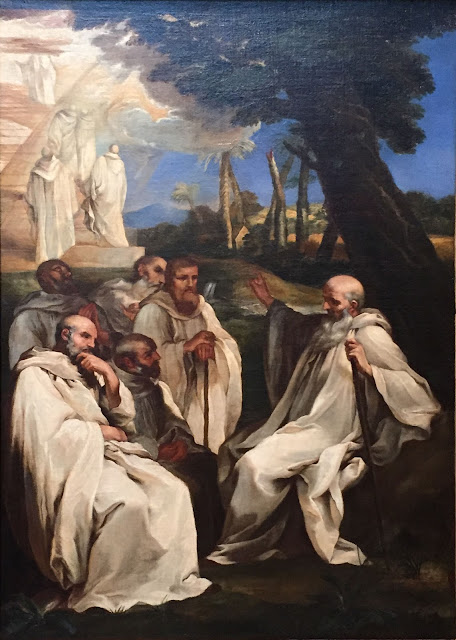 The Getty's Italian baroque room is also showing small versions of large paintings by Andrea Sacchi and Carlo Sarceni. The Sacchi is a 1658 reduction of his 1631 The Vision of St. Romuald, in the Vatican museum. On loan from an unidentified New York private collection, it was commissioned by Pope Alexander VII. The white-clad saint at right, founder of the Camaldolese Order, recounts his dream of a stairway to heaven. 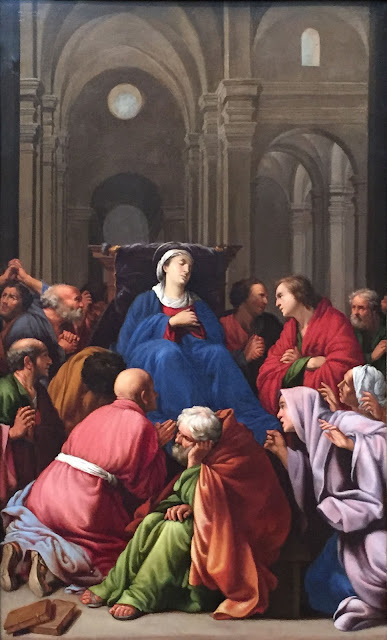 An oil-on-copper replica of Carlo Saraceni's altarpiece, The Dormition of the Virgin, is from the collection of New York gallerist Richard Feigen. It's Feigen who sold Orazio Gentileschi's Danaë, bought at auction by the Getty last year.

Elsewhere there are loans of Impressionist and Post-Impressionist works by Monet, Caillebotte, Paul Sérusier, and Émile Bernard. Most surprising is Aristide Malliol's Woman in White (1880-91). It's Malliol's bronze L'Air that you see ascending the Getty Museum steps. Before he was famous as a sculptor Malliol painted in the fin de siècle mode of the Nabis and Munch. Woman in White's side-eye hints at complexities that L'Air lacks. 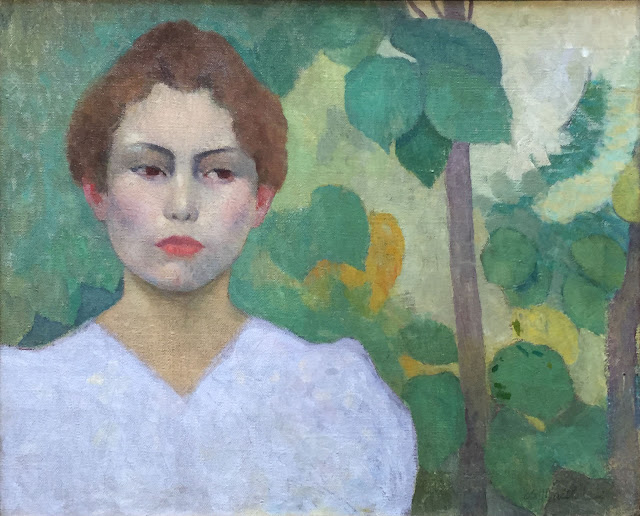