Latin American Artists at the Marciano 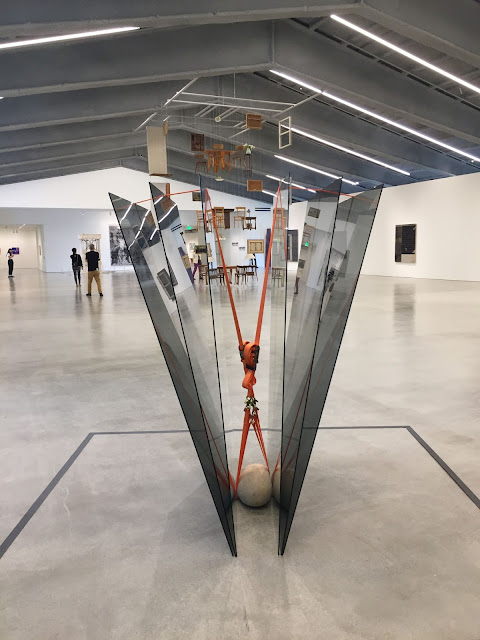 Add another show to your PST LA/LA bucket list. The Marciano Art Foundation's "Latin American Artists in the Marciano Collection" is a late-comer, announced only in August. It is not as random as the title sounds. It turns out the Marcianos are discerning collectors of Latin artists, buying in depth. Many of the artists on view—whose birthplaces span Mexico, Cuba, Puerto Rico, Colombia, Venezuela, Peru, Brazil, and Argentina—have ties to Los Angeles. (At top, an installation view with Jose Dávila's Esfuerzo común [Common Effort], 2014.)

"Latin American Artists" fills the Ballroom Gallery on the Marciano's top floor. The elevator doors open to a hall of paintings by Gabriel Orozco. A brand-new one, Golden Lady (2017), looks back to a modern "ism" that never quite was. 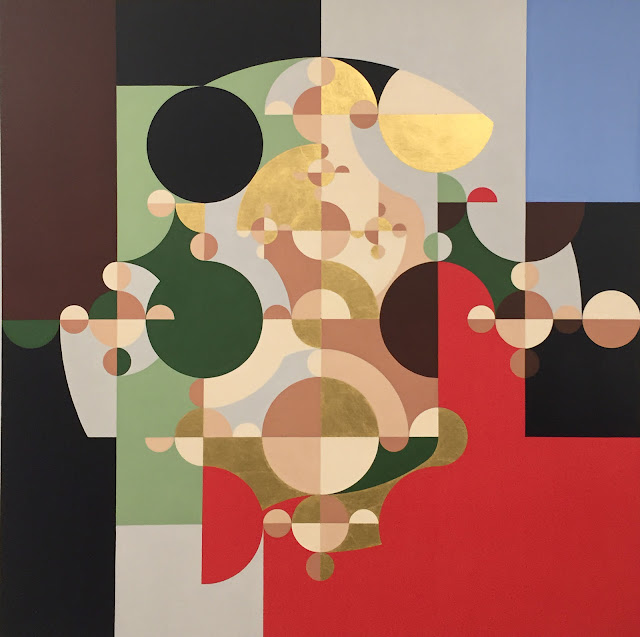 Gold leaf also figures in Jose Dávila's mash-up of Donald Judd and Arte Povera (2015), a golden stack of cardboard boxes. In other hands, it might be an art-school joke. Somehow it's magical. 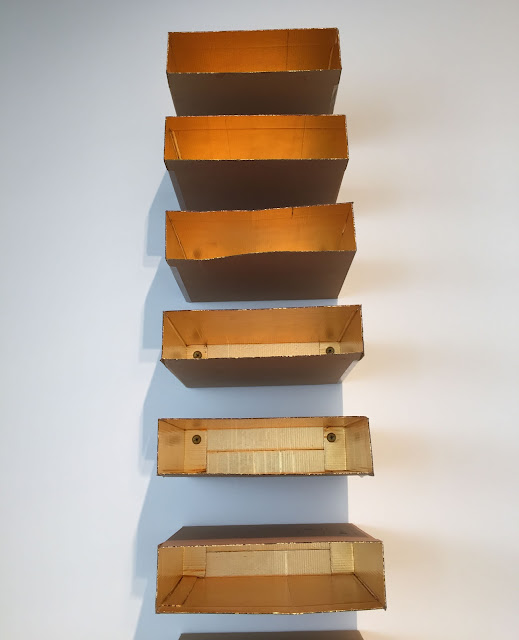 From Damián Ortega is Tool in the expanded field. Dissection in the open space (Alexander Calder tool), 2013. Ortega began as a political cartoonist and moved to art (like Paul Conrad, in a way). His machete-stabile is funny-strange in a way that Conrad's Chain Reaction (1991) isn't. Ortega supplies show's centerpiece, an exploded view of domesticity titled Architecture without Architects, 2010. 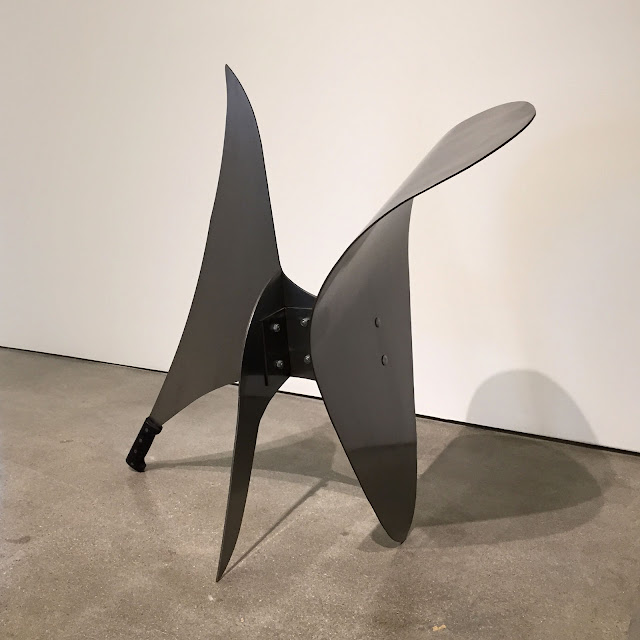 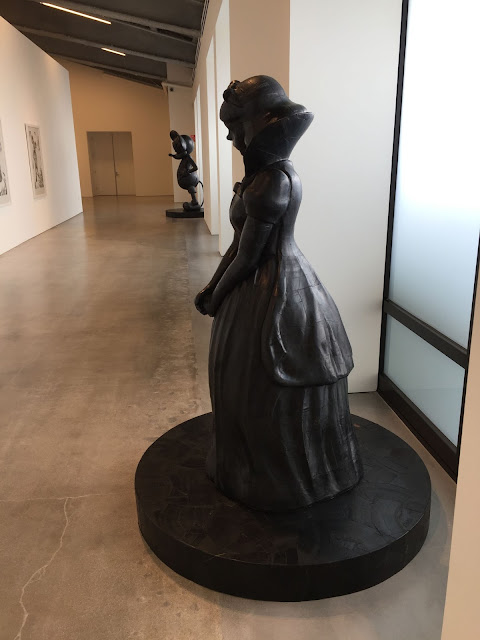 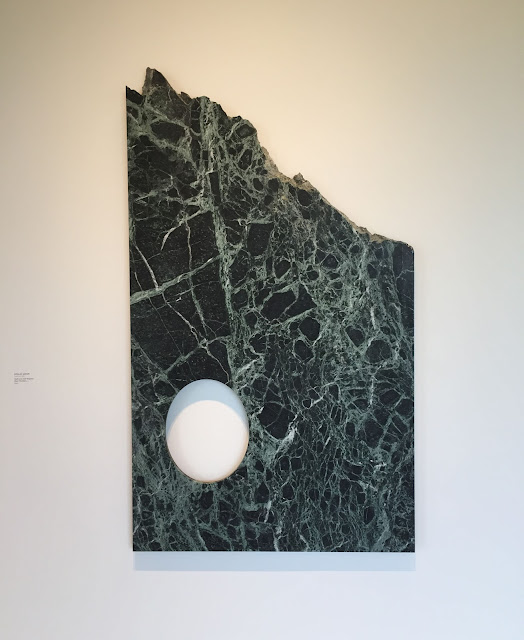 Another un-painting is by Colombian artist Gabriel Sierra, Sin titulo (espantapájaros 3)/Untitled (scarecrow 3), 2017, cataloged as gesso on glued hay. It seems the Oz scarecrow has been flattened into a Soylent Green wafer and is being flipped on the international art market as a monochrome painting. 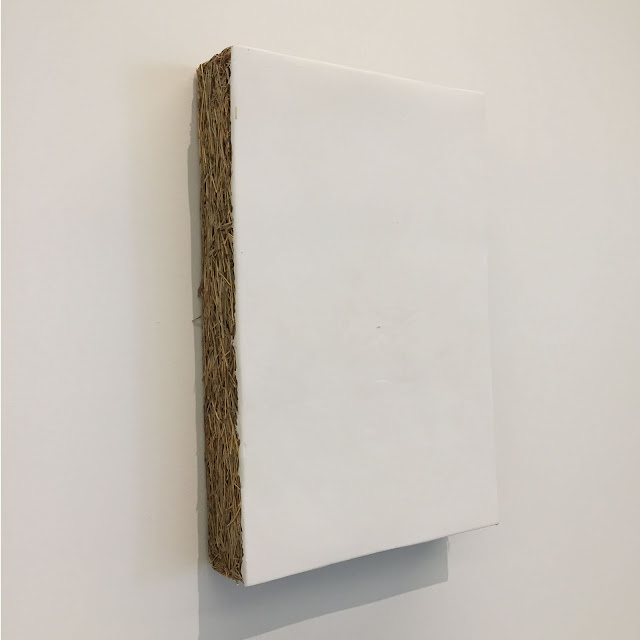 Don't miss Erika Verzutti's Centipede (2017), outside on the wall next to the parking lot. The legs are banana bunches cast in bronze. 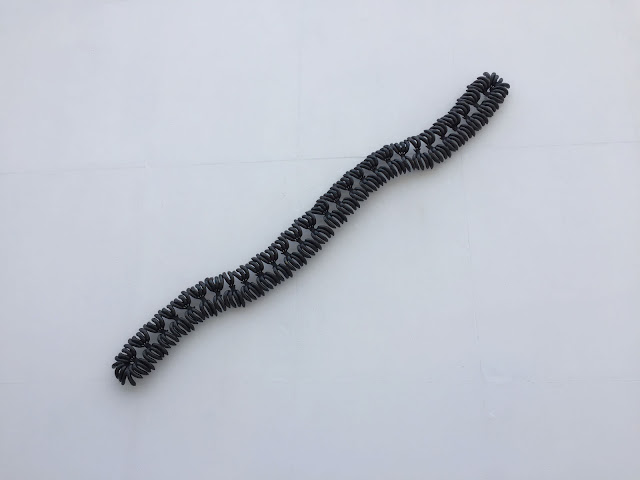 Non-PST PS: The Marciano lobby is now showing mural-size paintings by Ugo Rondinone, Mark Bradford, and Dan Colen. All have a bubble-gum palette, but only the Colen is actually made of chewing gum (TBT, 2014). 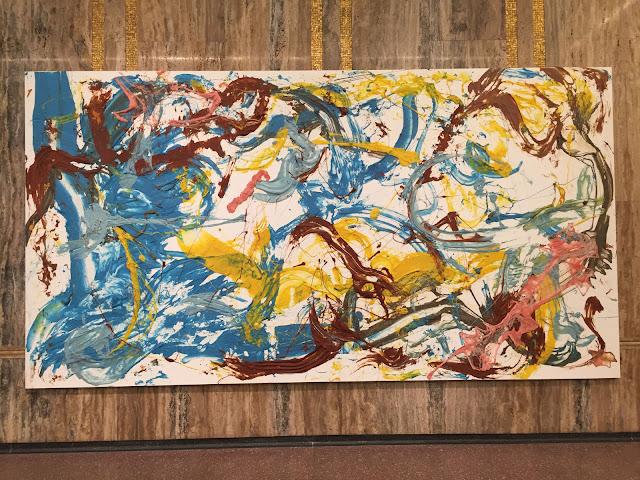 It's a busy season, with PST, Bellini, and Kusama infinities competing for attention. But the Marciano's "Jim Shaw: The Wig Museum" might be the most audaciously realized mega-show of all. It's been extended through Jan. 13, 2018. 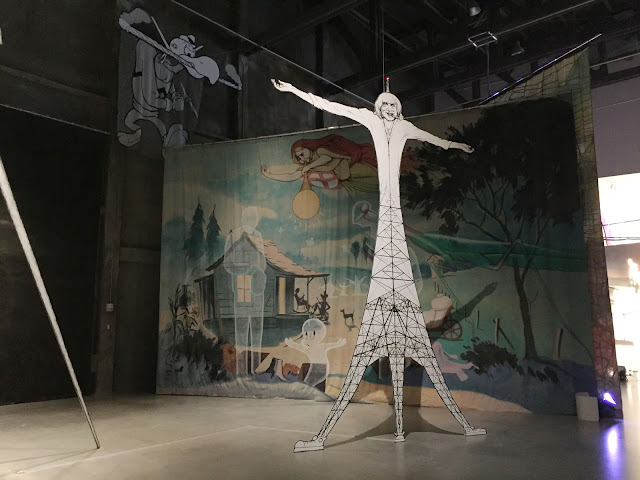