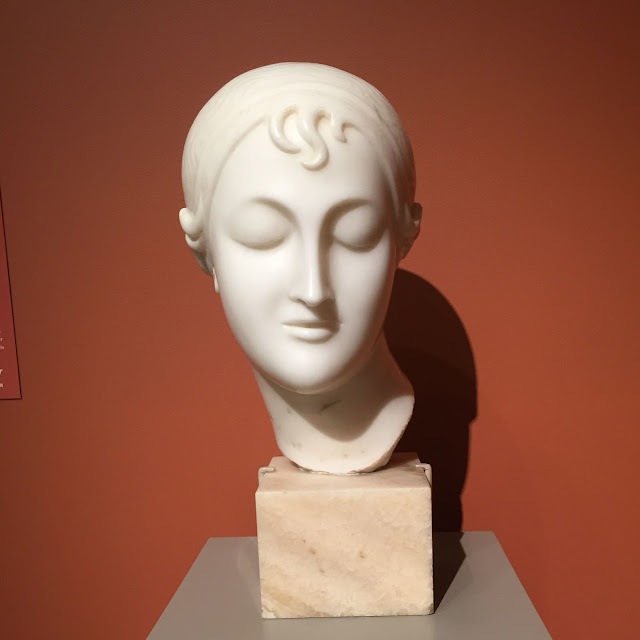 The Huntington has acquired an Elie Nadelman Ideal Head (c. 1908–1911), a gift from the Virginia Steele Scott Foundation and Hannah and Russel Kully. It becomes the Scott Galleries' second Nadelman, the other a wood relief Woman with Poodle created 1914-1915.

Though he was born in Warsaw, U.S. museums count Nadelman as an American artist for his long residence in New York. The Ideal Head, created in Paris, shows Nadelman at the apex of his engagement with European modernism. Like Brancusi—another Eastern European who moved to Paris at nearly the same time—Nadelman drew on antique classicism to forge a streamlined modern style. There are Ideal Heads in collections from Providence to Honolulu, but the Huntington's is unique with its three geometric spit curls.

A similar head in the Brooklyn Museum inspired purple prose from one early critic: "All the unfathomable secrets of the ages seem to lurk beneath those downcast lids, and the memory of its subtle smile lingers like some disturbing dream."
Email Post
Labels: Elie Nadelman Huntington