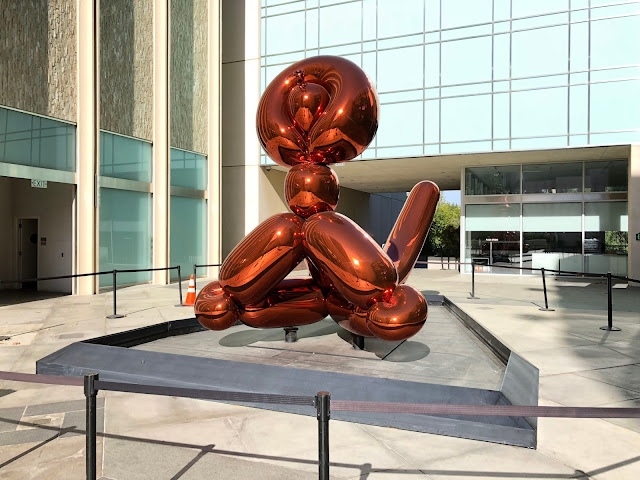 LACMA has installed a Jeff Koons Balloon Monkey (2006-2013) on the plaza outside the Ahmanson Building. There is as yet no label or indication of the owner. This appears to be the orange version that was auctioned at Christies in November 2014 (for $25.9 million), to a market delirious with Koons' Whitney retrospective and the $58.4 million paid for a Balloon Dog the previous year.

The better-known Balloon Dog (1994-2000) was limited to an edition of five. As it sold out at escalating prices, Koons decided there are a lot more art-worthy species, creating (stainless steel) balloon swans, rabbits, and monkeys—each strictly limited to five copies.

Govan's LACMA has long been keen on Koons. A decade ago Koons and the museum announced a scheme to build a 161-foot-high sculpture of a chugging steam engine, Train, pitched as L.A.'s Eiffel Tower-to-be. It never got a critical mass of funders. In 2008 Eli Broad's Koons menagerie went on view at LACMA, only to be taken back a few years later to stock Broad's Grand Avenue museum. The Balloon Monkey again puts a public-scaled Koons on view at LACMA—hard to say for how long. 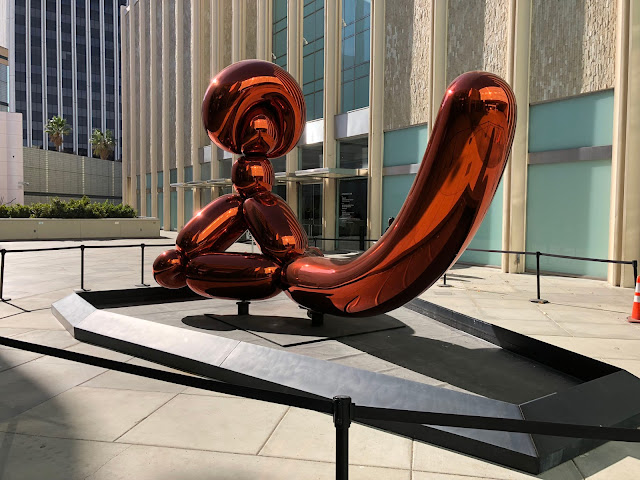 Anonymous said…
I wonder who owns this artwork? I'm not the biggest fan of Koons, but it could be a fun replacement for the spaghetti sculpture that was removed from LACMA's premises. I wonder if LACMA even offered to buy the spaghetti piece? I'm kinda sad it's no longer there.
December 19, 2017 at 1:16 PM

Oanhtt said…
I just love this! I make a lot of baby blankets to give away to the new moms in my area, and this is perfect and easy to adjust to either gender or gender neutral colors. Thank you so much!
sales pop online
pop on sale
October 6, 2018 at 2:01 AM