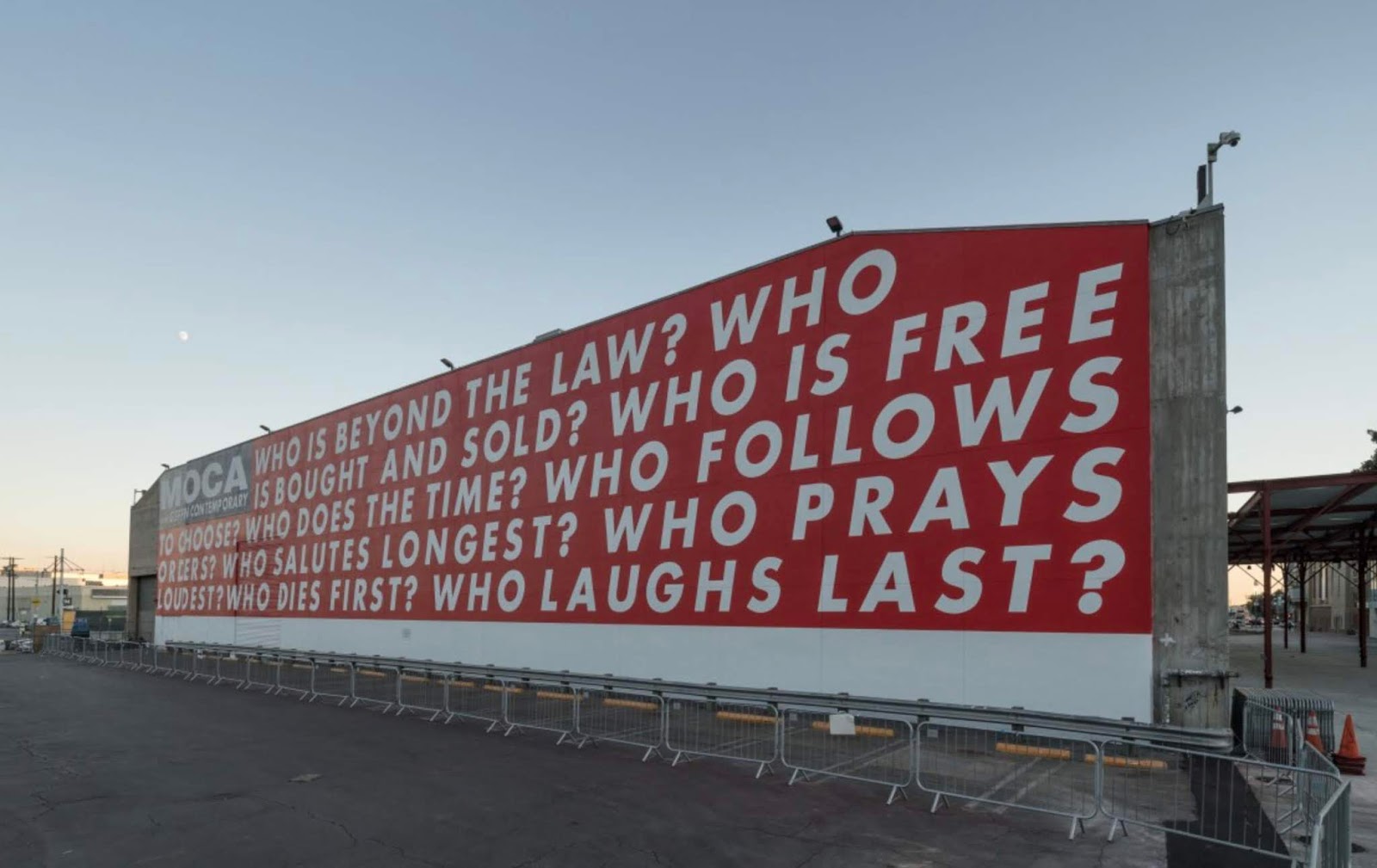 Klaus Biesenbach is "considering—but not committing to—free admission" for MOCA, says Deborah Vankin's profile in the L.A. Times. The numbers are tantalizing. MOCA tax filings report about $800,000 admission income a year. Biesenbach counters that the cost of going free would be more like $2 million a year. There would be a loss of membership revenue plus "costs due to increased attendance." It's not said whether Biesenbach was factoring in revenue from the gift shop or restaurant that would presumably scale with attendance. (At top, Barbara Krugers' Untitled (Questions), 1990/2018.)

While all museums struggle with free-or-not, the dilemma is acute for MOCA. It's in the awkward position of being the only big contemporary museum in town that charges admission. The Grand Avenue flagship is across from the Broad, which draws lines of ethnically diverse Millennials. MOCA and the Broad ought to be twin museums, visited together. But it seems more people would rather wait half an hour in line at the Broad than pay $15 to get into MOCA. MOCA has smart, adventurous shows that really ought to appeal to the Broad crowds. But for many, $15 is a barrier.

In May 2015 41 artists, including MOCA board members Barbara Kruger, Ed Ruscha, Mark Bradford, Mark Grotjahn, and John Baldessari, donated works that were auctioned by Sotheby's to benefit MOCA. The sale raised $22.5 million for the museum's endowment.

And for what it's worth, MOCA made a quick paper profit of $8.4 million on the land beneath the Grand Avenue building—so claims Cameron Rowland's institutional critique piece, now on view.

I'm not saying MOCA should raid its endowment income or mortgage its real estate. The point is, $2 million a year is a modest amount for the sort of people who collect high-end contemporary art and sit on museum boards. There are at least half a dozen billionaires among MOCA's trustees. Let's hope Biesenbach can convince one of them that free admission would be the smartest investment the museum can make. 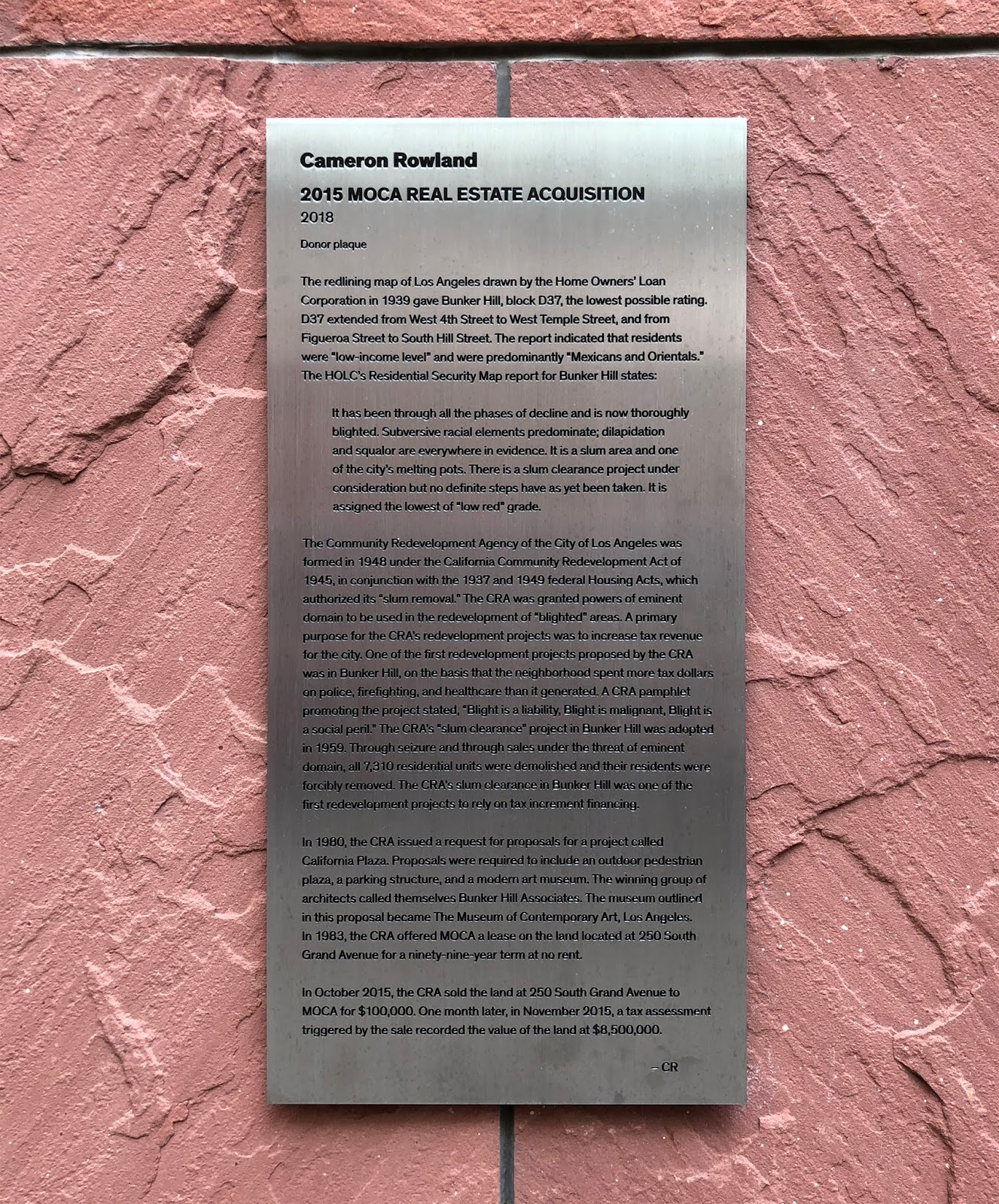