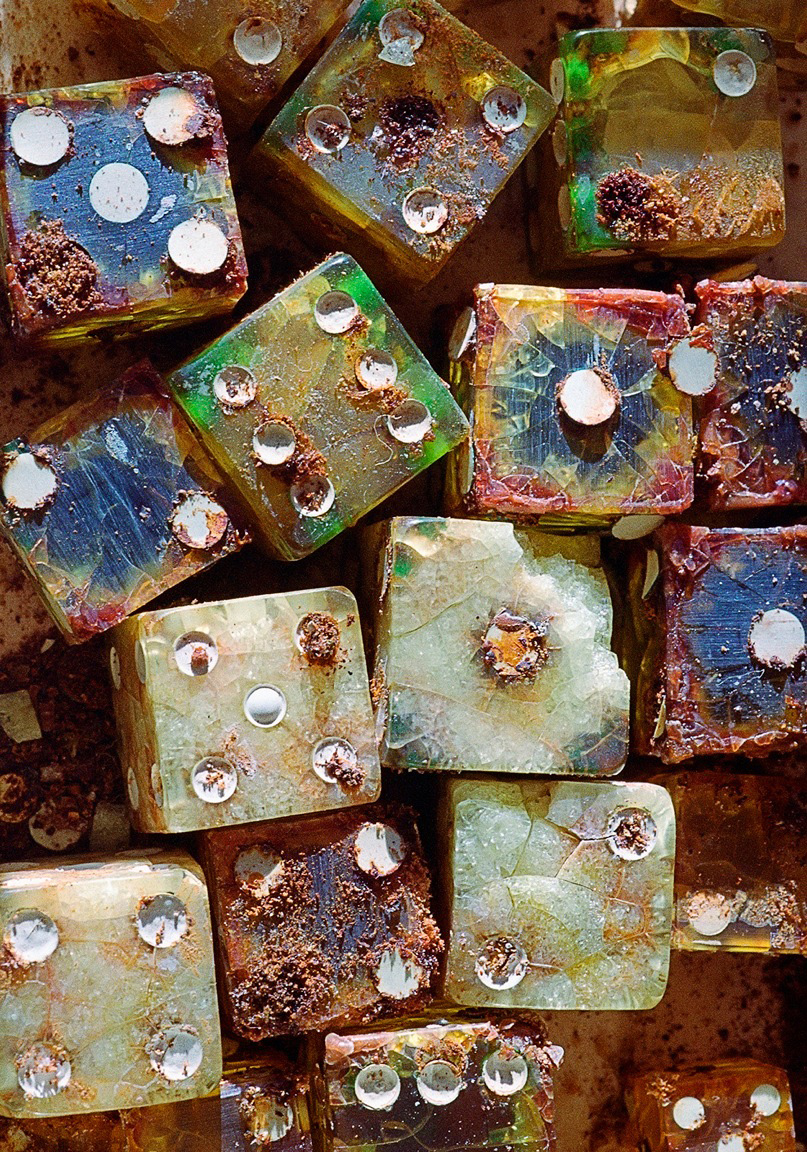 The late magician and actor Ricky Jay (1946-2018) is responsible for the most somber exhibit at the Museum of Jurassic Technology. In "Rotten Luck: The Decaying Dice of Ricky Jay," the performer presents the chemical disintegration of celluloid dice as a memento mori. Jay explained,

"These cellulose nitrate dice, the industry standard until the middle of the twentieth century (when they were replaced with less flammable cellulose acetate), typically remain stable for decades. Then, in a flash, they can dramatically decompose. The crystallization begins on the corners and then spreads to the edges. Nitric acid is released in a process called outgassing. The dice cleave, crumble, and then implode. Unpaired electrons or free radicals can abet the deterioration. The light and smog of Los Angeles, where my dice have resided for many years, are likely accomplices."

Traditional memento mori paintings incorporate emblems of death (skulls), time (watches), wealth (gold coins), and chance (cards or dice). Jay realized that expired dice roll all these elements into one. His collection inspired Rosamond Purcell, whose still-lifes/portraits of Jay's dice (above) are among the most original contemporary explorations of the vanitas theme.
Email Post
Labels: Museum of Jurassic Technology Ricky Jay Rosamond Purcell