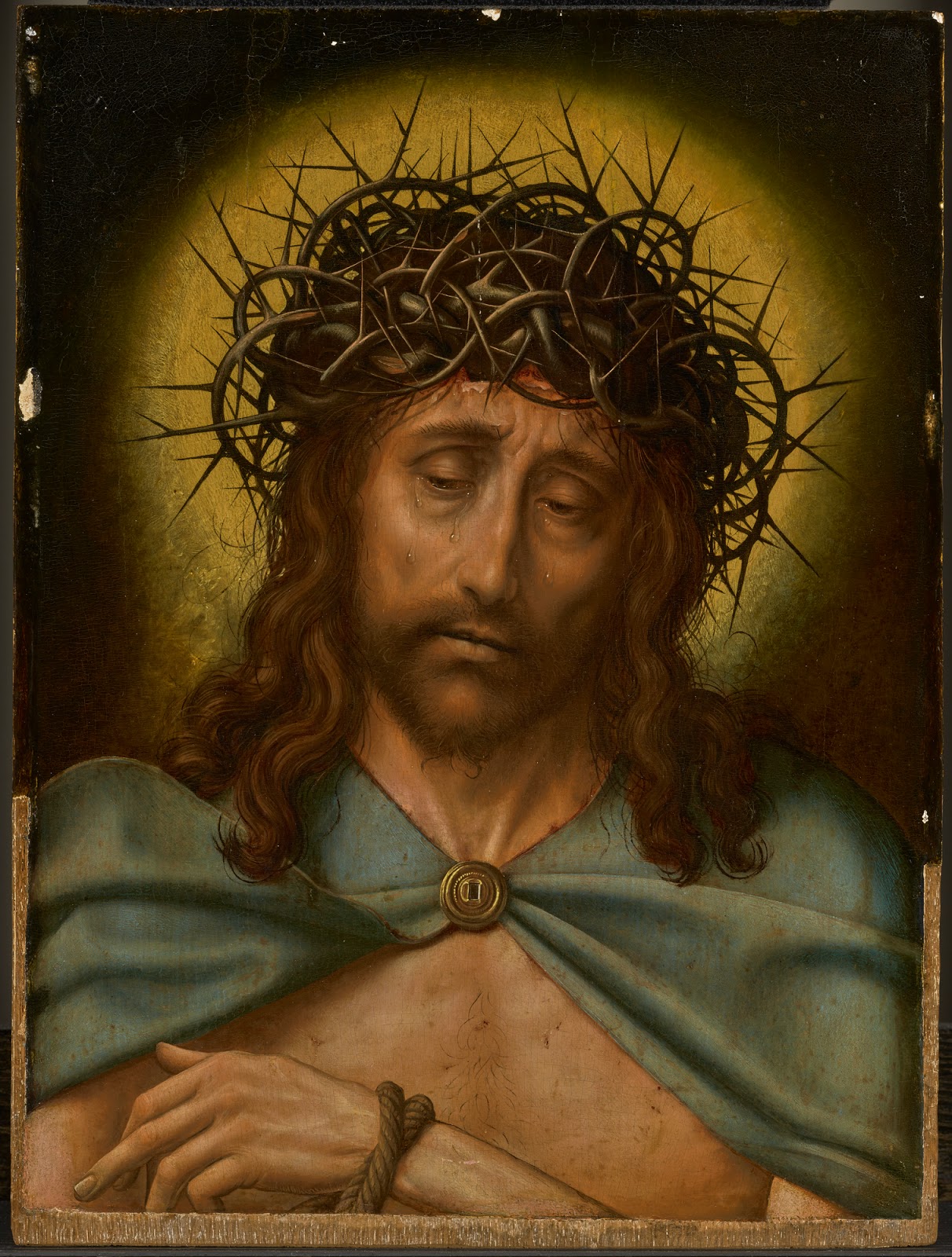 The Getty Museum has acquired a newly discovered Quentin Metsys, Christ as the Man of Sorrows (1520s). The painting, long in a German collection, has never been exhibited or published. Through the 20th century, it was incorrectly assigned to Rogier van der Weyden. In 2016 experts identified it as the work of Metsys. The Christ is indeed similar to that in Metsys' c. 1520 Ecce Homo (below) in the the Doge's Palace, Venice. 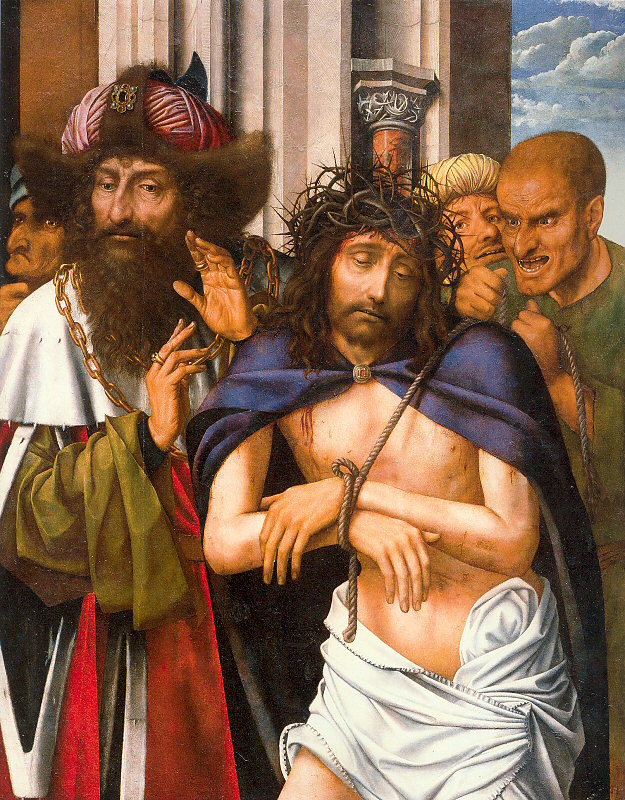 Revered by Rubens, Metsys is considered the first great Antwerp artist. Christ as the Man of Sorrows will be the only work by Metsys in Southern California and the first early Netherlandish painting to be added to the Getty collection in decades. LACMA has a Virgin in Adoration that was bought as a Metsys (in 1962) but is now considered a studio work. An interesting painting by the artist's son Jan Massys is in the Norton Simon Museum.

The Getty painting is oil on panel, 19.5 by 14.5 inches. In pre-conservation digital images it has trompe l'oeil tears remarkable for the 1520s. The backlit crown of thorns radiates surreal menace. In both respects it perhaps exceeds the Venice painting.

Christ as the Man of Sorrows is to undergo conservation treatment and is expected to debut at the Getty Center in spring 2019.
Email Post
Labels: Getty Museum Quentin Metsys

Anonymous said…
The Getty has been killing it with these acquisitions!!I love it!
December 14, 2018 at 9:50 AM

Mattia Nuzzo said…
Looks like an incredible work that definitely seems to surpass the painting at the Doge's Palace. Can't wait to see it in person. Will be very interesting to see how the Getty treats its conservation. After watching this fantastic series of videos made by the National Gallery on their restoration of a Artemesia Gentileschi it really opened my eyes to the many decisions that have to be made https://www.youtube.com/playlist?list=PLvb2y26xK6Y6F2GH6yosrsgGcCmgaNNjp
December 15, 2018 at 2:10 PM