Deana Lawson at the Underground Museum 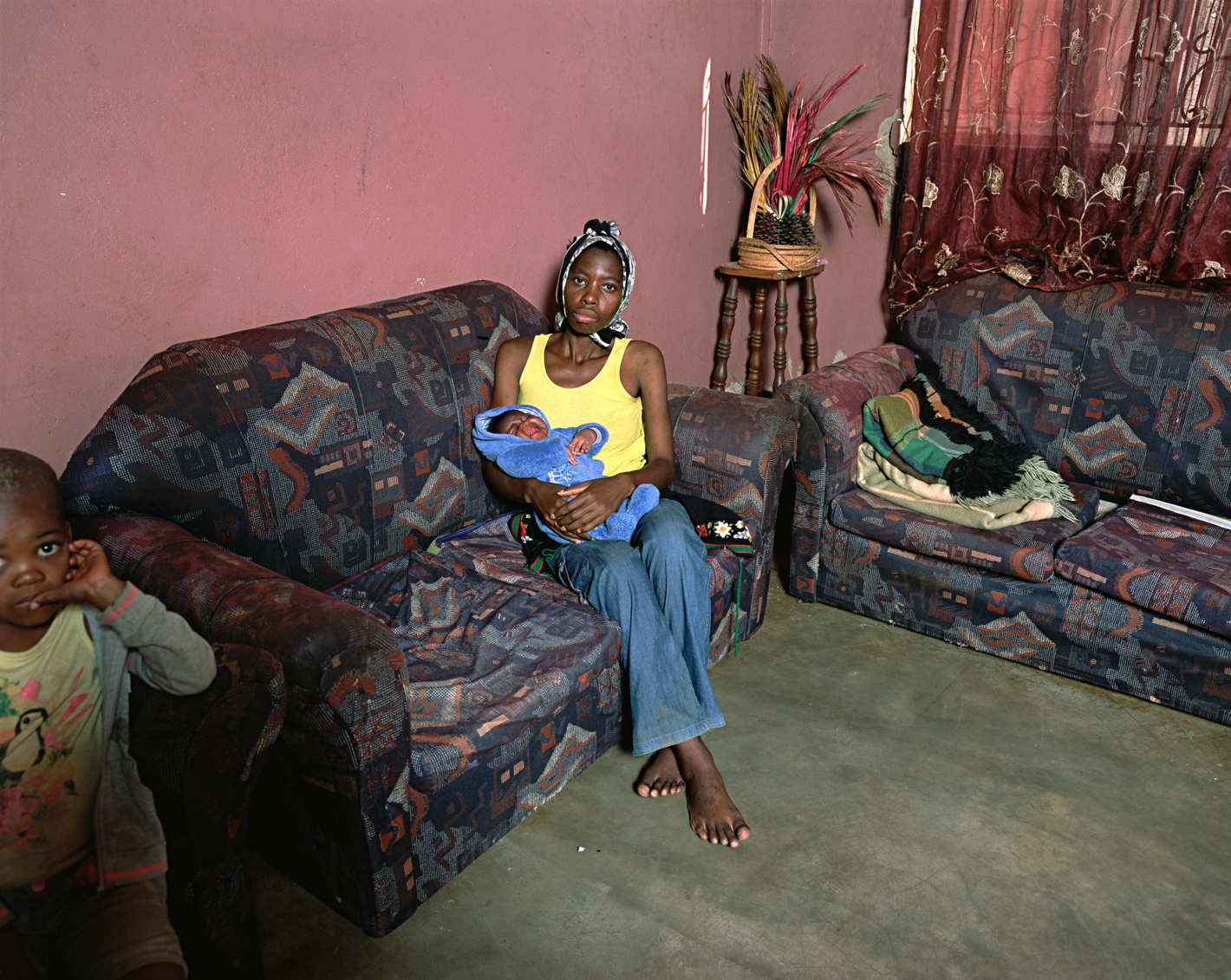 Lawson creates staged, hyperreal portraits of black Americans and South Africans in their homes. The artist makes numerous interventions, and the family groupings aren't always what they seem.
Nation (2018) is disturbingly about teeth. One man is wearing a dental guide that Lawson spray-painted gold: "I wanted it somewhat to imitate jewelry and perhaps a torture device." At upper left is a photograph of George Washington's dentures, inserted into the larger photo's frame. A 1784 entry in the Mount Vernon ledger book seems to indicate that Washington paid his slaves for their teeth to make a new set of dentures.