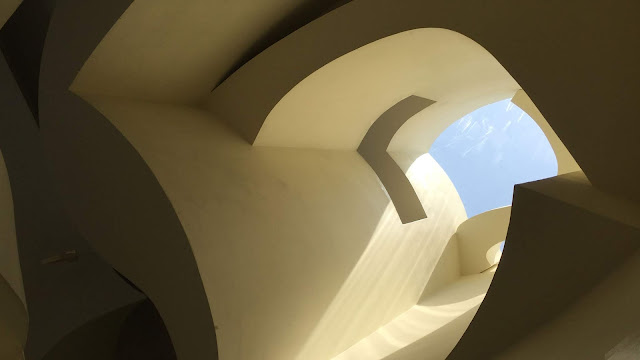 The Pasadena Star-News reports that the board of the Pasadena Museum of California Art has voted to close the institution after the run of its current Judy Chicago exhibition in October. Nine full-time and three part-time employees will lose their jobs, some hired only recently. It's being surmised that funding was an issue, but no specifics have been given. (Above, a detail of the PMCA building, by MDA Johnson Favaro.)

Founded by Pasadena collectors Bob and Arlene Oltman (who live in the building's penthouse) and in operation since 2002, PCMA has been a non-collecting institution that mostly features lesser-known 20th-century California artists. I have found some of the California Impressionist and American Scene artists to be dull—not being fans of those movements—but shows of quirky modernists and occasional big names were often revelations. Exhibitions have featured Claire Falkenstein, Sam Francis, Corita Kent, Jess, Kori Newkirk, Irving Norman, the Saar family, Wayne Thiebaud, and June Wayne. PMCA occupied a unique niche in the museum ecosystem. That can't be said of many new institutions.

Pasadena Now quotes former PMCA director Jay Belloli: "I'm very distraught by the news, that's all I can say at this point. I think this is really stressful to me because I think the museum is very important. It really focuses on California art. That is a really important subject… I'm angry that the Board has decided to go forward with this."

Below, a RETNA mural on the museum's facade for 2011's "Street Cred: Graffiti Art from Concrete to Canvas." 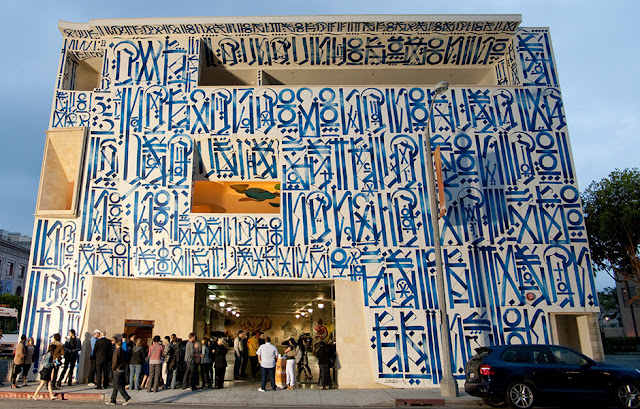 Anonymous said…
The owners of the building where the museum (and it founders) is located obviously don't have the deep pockets of an Eli Broad, Norton Simon, J Paul Getty, George Lucas and, so far, the Marciano brothers. Maybe just as well for the PMCA. Certain organizations become too much like museum versions of Starbucks. They even skirt the line of being art for art's sake.
June 21, 2018 at 9:29 AM