LACMA Gets a Rico Lebrun

Born in Naples, Italy, Lebrun moved to So. Cal. in the 1930s and quickly achieved renown for his draftsmanship. Disney tapped him to instruct animators on how to draw Bambi (1942). Within a few years of Bambi Lebrun had evolved an angst-ridden style, indebted to the Mexican muralists and Picasso's Guernica, and crystalizing the horrors of the Holocaust and Hiroshima.

Lebrun partly refutes the notion that 20th-century L.A. artists couldn't get respect in New York. The Museum of Modern Art featured Lebrun in two group shows in the early 1940s and displayed his masterpiece, The Crucifixion (1951), as a major cultural event. (The Crucifixion had debuted at the Los Angeles County Museum in Exposition Park.) Sleeping Soldier is one of a group of independent paintings related to The Crucifixion.

Lebrun's bicoastal fame didn't stick. The Manhattan museums that bought his work in the 1950s rarely show it. L.A. curators excavating our history are apt to find Lebrun overwrought next to John McLaughlin or Helen Lundeberg. Lebrun's moral outrage is more akin to Ed and Nancy Kienholz.

Another Lebrun problem is that his major works are not where they might best serve his reputation. The Crucifixion was acquired by Syracuse University in way upstate New York. The best-known Lebrun in Southern California, the Genesis mural (1961) at Pomona College, can't be lent. LACMA has a number of prints and drawings, but it never managed to add a Lebrun painting until now.

On view in the Ahmanson Building, Sleeping Soldier is being shown alongside Clyfford Still, Franz Kline, and Barnett Newman. That's a high bid, but it's the way you start a conversation. 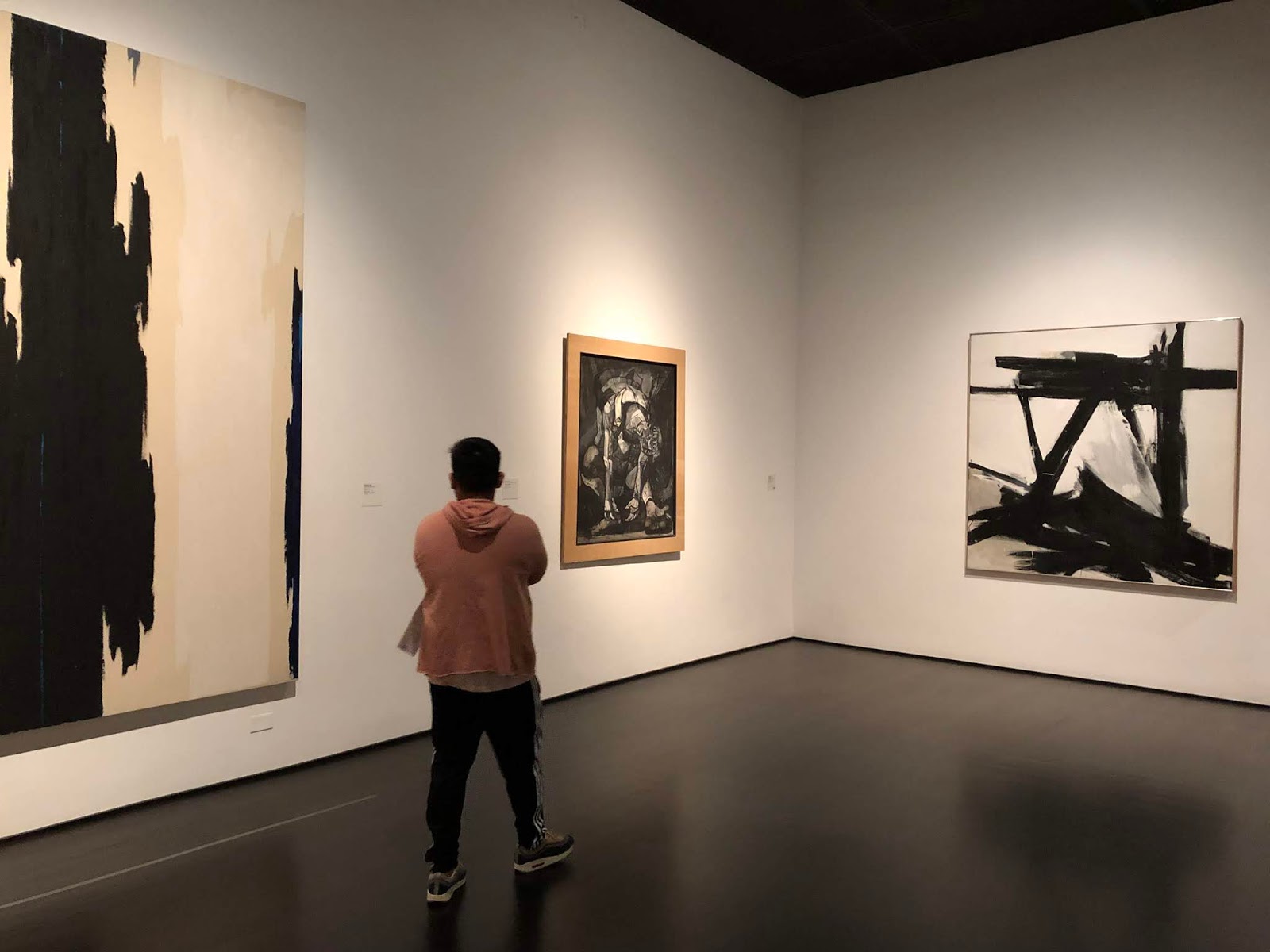 Anonymous said…
Such acquisitions by LACMA would have been good news in the past. Today? Not so much. It makes me think of giving rare books to the downtown LA Central Library right before it got hit by arson in 1986.
June 10, 2019 at 7:51 AM

Anonymous said…
Next up: LACMA has been given several rediscovered paintings by Raphael!! Unfortunately, the light in LACMA's new building is too harsh plus all the space on the concrete walls have been taken so it'll just sit in storage in the meantime.
June 10, 2019 at 8:33 AM

Anonymous said…
LOL. Plus, there won't be enough space to display those Raphaels.

Anonymous said…
“Way upstate New York.” I live up here and have yet heard that. Love it. I will have to visit The Crucifixion as his work is beautiful.
July 30, 2021 at 6:25 AM