Käthe Kollwitz at the GRI

Dr. Richard A. Simms assembled a collection of 286 graphic works by Käthe Kollwitz, 181 bought directly from the artist's estate. Once expected to go to LACMA (long story), the trove instead came to the Getty Research Institute in 2016, through partial gift and purchase. The GRI is debuting the collection in "Käthe Kollwitz: Prints, Process, Politics."

As shown here, the Simms collection is both an album of greatest hits and a mixtape of rarities. There are multiple states of famous prints as well as preparatory drawings and rare rejected versions that, in many cases, are finished works of art themselves, radically different from the released images and sometimes in a completely different technique. It's an astutely chosen private collection that provides a broad and candid record of an artist's creative process. (Kollwitz's Berlin home and studio was bombed in 1943, and much of her work was lost.)

The first gallery shows Kollwitz's early work, primarily etchings and culminating in The Weavers (1897) and the Peasants' War (1908). Kollwitz's genius was early recognized by Adolf Menzel and Max Liebermann. But Kaiser Wilhelm II objected that awarding a gold medal to a woman (for The Weavers) "would be going too far." Not for nothing was one of the founding Guerrilla Girls an ape-masked "Käthe Kollwitz."
Kollwitz produced the kind of narrative art that matters, and she sweated the details. Her Peasants' War series chronicles a bloody workers' uprising of 16th-century Germany. Sharpening the Scythe (1905) began with a conventional image of a Mephistophelean male whispering into the ear of a woman. Kollwitz rejected that in favor of an unnerving close-up of a myopic woman sharpening a scythe. She then moved the woman's hand and whetstone to the middle of the blade to better prefigure the violence to come. The show documents many such crucial tweaks and should appeal to cinematographers no less than art historians.
Kollwitz was never strictly an Expressionist, but she responded to the German avant-garde revival of woodcut. She spent much of the 1920s producing starkly modern riffs on social injustice. These dominate the second room of the GRI show. At top of post is a unique ink, gouache, and charcoal drawing for the woodcut The People. The most riveting face, at left, is a self-portrait.

Nazi Germany revoked Kollwitz's status as the first woman in the Prussian Academy of Arts. The Gestapo threatened to send Kollwitz and her husband to a concentration camp. Kollwitz however refused offers of a safe harbor in America. She died in Germany, 16 days before the war ended.

"Käthe Kollwitz: Prints, Process, Politics" runs through March 29, 2020, and travels to the Art Institute of Chicago. 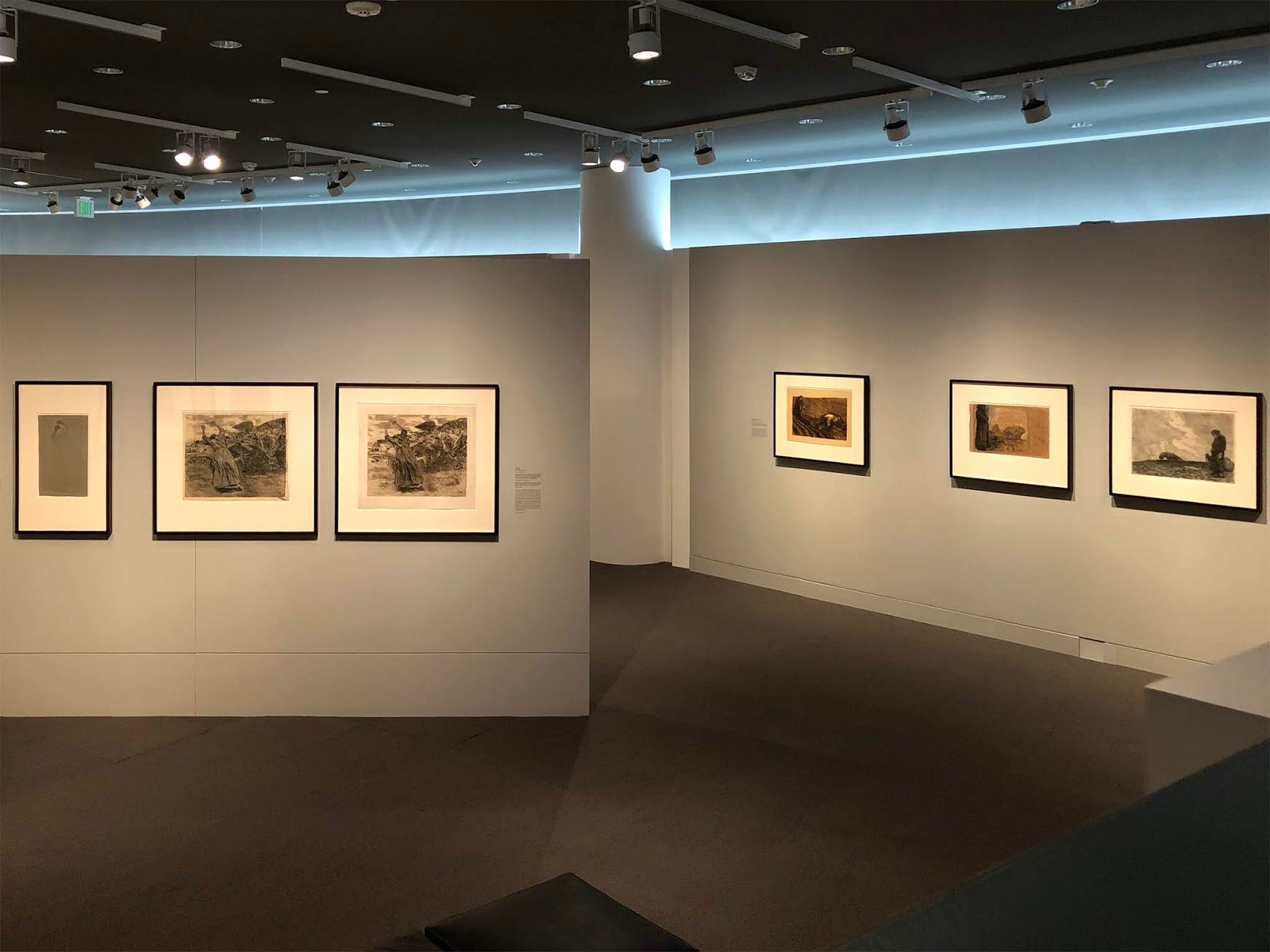 Anonymous said…
Exhibits like the Kollwitz at the Getty or a part of the public in the world of museums who've been ignored or under-served for decades provide a needed counterbalance to the overly abstract (MOCA, Broad) or the outright destroyed (LACMA, Marciano).