What's Next for the Marciano's Building? 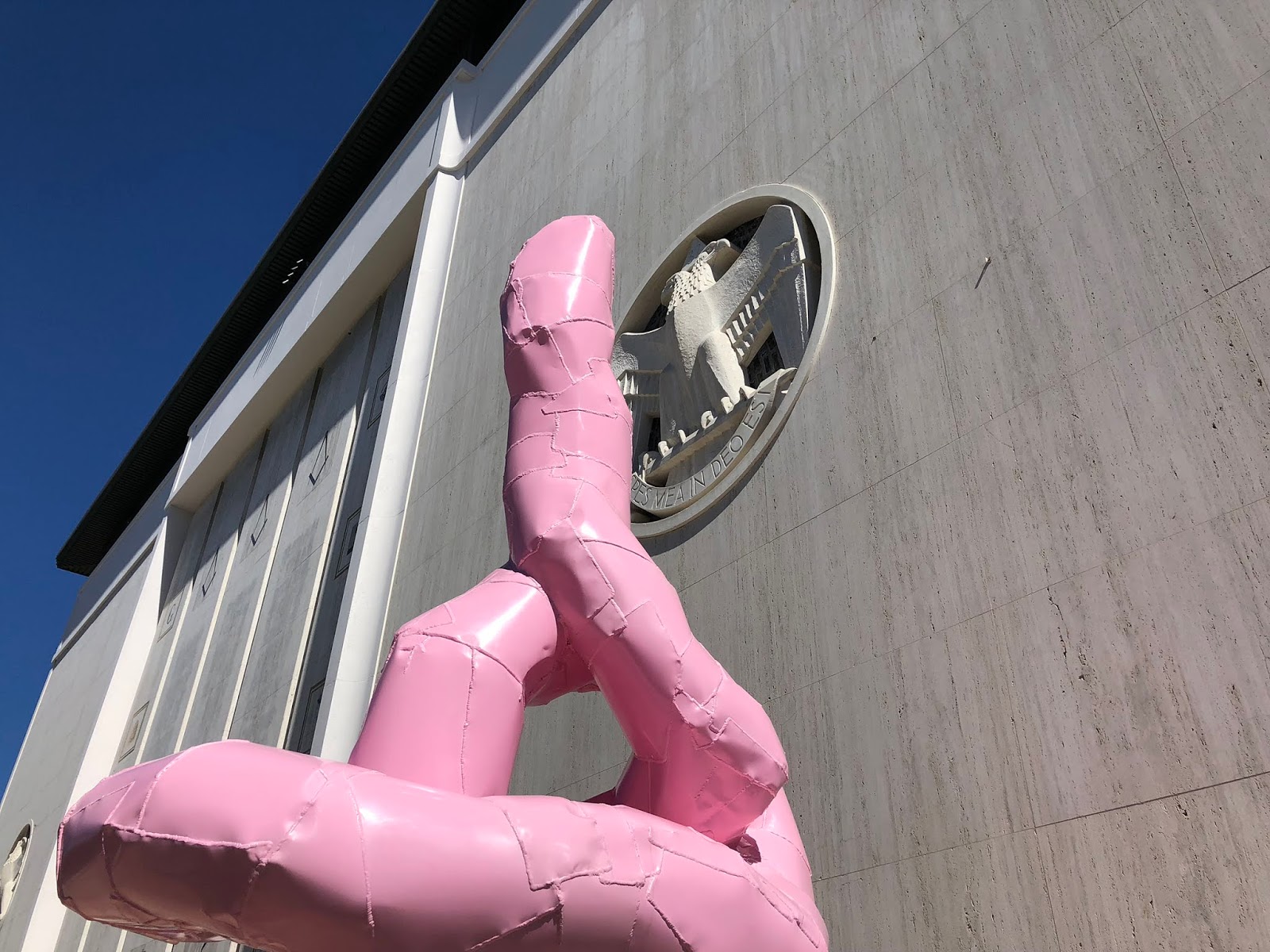 Among the loose ends left by the Marciano Art Foundation's abrupt (now permanent) closing is the fate of its building. The former Scottish Rite Masonic Temple (1961) was designed by painter Millard Sheets and renovated by Kulapat Yantrasast (2017). Thus it has two name-brand auteurs. It also has site-specific artworks: vintage mosaics and murals by Sheets and studio, plus Marciano-commissioned murals by Alex Israel and Nicolas Party. The building was the one thing that set the Marciano apart among the city's art venues. Now what?
The Wilshire Temple already has a long history of re-use. Between its fraternal lodge days and its 30-month stint as a kunsthalle, it was used for LAPD funerals, National Guard barracks, prize fights, raves, and a film location.

The Marciano building sits on expensive Wilshire real estate. The lot must be worth far more than the building, assuming the building has to be preserved. That raises the question of what would happen if the Marcianos wanted to cash-out and sell to a developer.

Could the building be saved and repurposed as creative offices… apartments… a big box store? Doesn't seem likely. Even if there were another zillionaire looking to start a vanity museum, they'd want to make their own architectural statement. (Hence "vanity.") And they might not care for Sheets, Israel, and Party.
There are examples aplenty of buildings created for other purposes being turned into museums. There aren't too many instances of the opposite transformation. When the Lannan Foundation shut down its Marina del Rey exhibition gallery in 1996, the building (at 5401 McConnell) simply reverted to office space in an industrial park. But that was a smaller, less quirky building.

A more instructive comparative might be Bullocks Wilshire, the former department store. Designed in exuberant Art Deco style by John and Donald Parkinson, it opened in 1929 and closed in 1993. Southwestern Law School bought the building in 1994, promising to maintain it. It has, but today the interior is seen mainly by law students. The building is open to public tours one day a year.