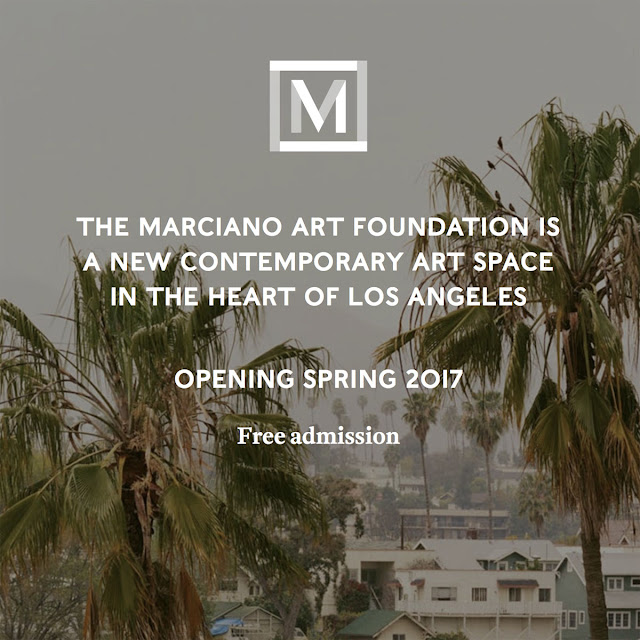 "I think this will become one of the most important spaces for contemporary art in the whole country." That was Jeffrey Deitch's prediction for the newly minted Marciano Art Foundation, in 2013. You're welcome to make your own forecast. We're told the foundation, home to the art collection of Guess stone-washed jeans magnates Paul and Maurice Marciano, will open "Spring 2017." That's as little as three months from now, though no exact date has been announced. The Marciano collection is almost as mysterious as its creepy-kooky Masonic temple building. Eli Broad's collection was reasonably well-known when his museum opened, having been shown in other local and national institutions. Not so the Marciano. 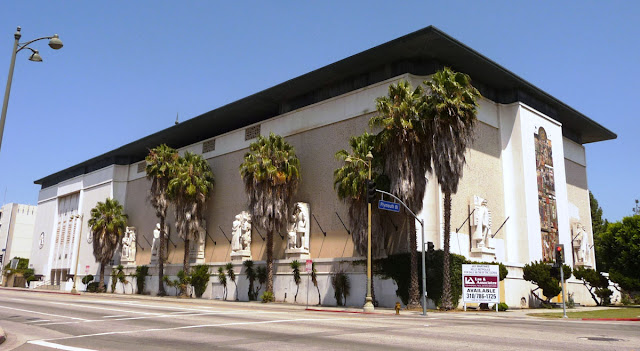 • Museum or Not? Everyone's calling it a museum now. Initially there was talk of the Foundation being open only by appointment and on a limited basis. Now they're saying it will have free admission and curated temporary shows and installations of the Marciano collection. So far unsaid is whether you'll need or want reservations. My guess is that, given the Broad example, they will open with reserved time slots and a stand-by line, and see how it goes from there.

• "Does This Top Art City Really Need Another Art Museum?" Mike Scutari posed that question in Inside Philanthropy. Most features on the Marciano echo it.
If the question is, does L.A. have enough people interested in contemporary art to draw big crowds to the Marciano, the answer is yes. Absolutely.
If the question is, are there better ways for the Marcianos to support art in Los Angeles… well, that's a more complicated question.
Maurice, the talkative Marciano brother, recently told The Wall Street Journal: "We don't need another MOCA or Broad or Hammer Museum. It has to be different, or why do it?" Fair enough. The WSJ piece didn't say how it would be different.

• The Collection. According to Marciano Foundation director Jaime G. Manné, 90 percent of the collection has been assembled in the past 7 years. It's said to be 1500 works. That's about the size of the Broad collection exclusive of the Beuys multiples. But the Broad spans 60-plus years of recent-ish art history. It sounds like the Marciano collection is much more focused on the past decade. That's intriguing and could stake a claim as a museum of the right now.
Is the collection any good? I've not seen it. For what it's worth, Alex Israel figures in the founding story. He alerted the Marcianos to the Masonic building being on the market. Israel is one of the artists collected in depth, and he is creating a mural for the Foundation's interior.
Recent articles report that the Foundation has 17 Albert Oehlens; it collects Carrol Dunham, Kaari Upon, Doug Aitken, Rudolf Stingel, Wade Guyon, Sterling Ruby, and Thomas Houseago. There will be a Houseago in a sculpture garden.
It was/is kvetched that the Broad is a random core sample of art-fair sensibility, with no inner conviction. I'll make this one prediction sight-unseen: Expect to hear the same about the Marciano. 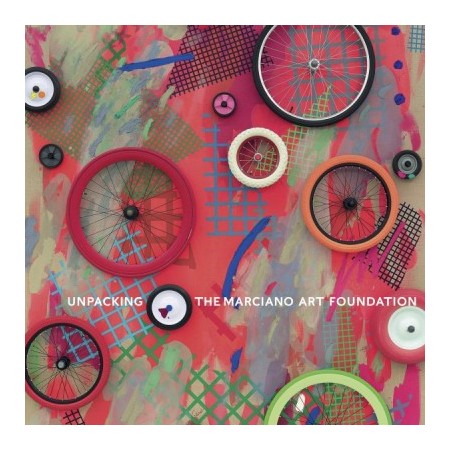 • Catalog. There will be a catalog for the Philipp Kaiser-curated inaugural installation, "Unpacking: The Marciano Collection." That implies a seriousness of purpose, or at least a seriousness of vanity. The Marciano will also open with a monographic show that sounds promising and overdue for L.A.: "Jim Shaw: The Wig Museum."

• Masonic Mystery! "Imagine—a room just for wigs," marveled Maurice. Wilshire's Masonic Temple had just that, and it's one way the Marciano will be unlike any other contemporary art museum.
Mozart and George Washington were Freemasons, members of a white men's club with confabulated historical roots. The Masons still exist, and are more inclusive than they once were, though membership seems to be in a death spiral. The 1961 Wilshire Temple was one of the last grand expressions of the club's relevance. The Masons are known for elaborate initiation ceremonies, and the Wilshire Temple drew on Hollywood expertise for wigs, costumes, and painted backdrops. 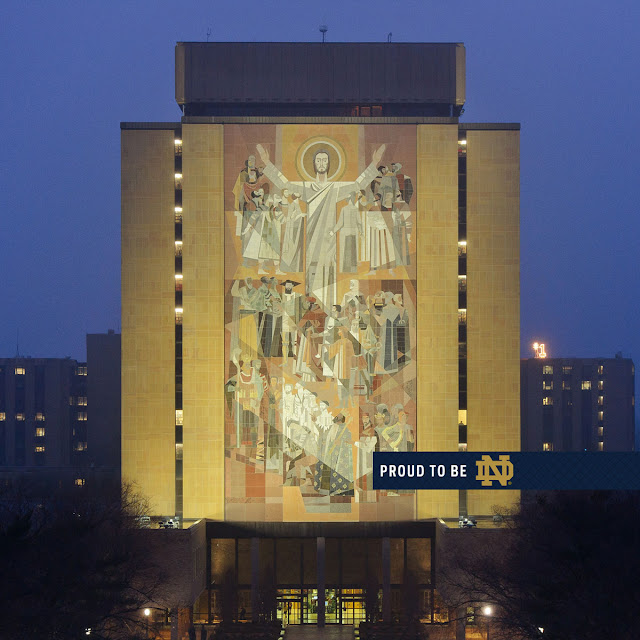 • Millard Sheets!!! The loved/hated/deprecated American Scene painter Millard Sheets is remembered for his Home Savings and Loan decorations, Vincent Price's disses ("those banks are really the pits"), and Notre Dame's so-called Touchdown Jesus. That's a mosaic executed in an art-deco-precisionist mode (in 1964) and visible ever since in telecasts of Notre Dame football games. The Savior's arms resemble a referee's, ruling in favor of the Fighting Irish.
Sheets designed the Wilshire temple's sculptures and murals. The exterior mosaics are a few years earlier than "Touchdown Jesus." 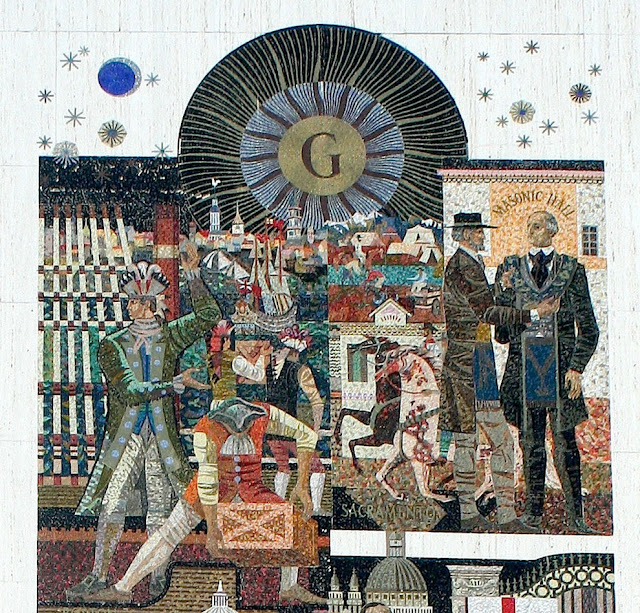 Sheets murals, never seen by non-Masonic eyes, are in the building's interior. The Marcianos have preserved them, and they are being restored under the direction of  Sheets' son. Whatever else it is, the opening of the Marciano Art Foundation will be a boon for Millard Sheets scholars. So there's that.