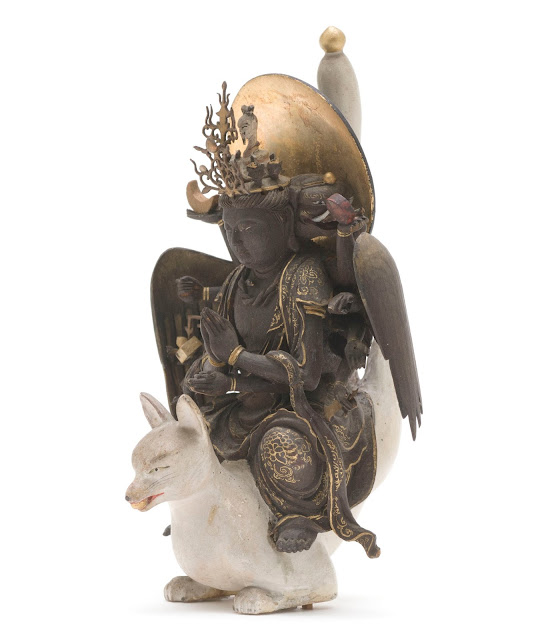 LACMA's Japanese Art Acquisition Group is the rock star of Asian art councils. Perhaps no other U.S. museum support group has written checks for such transformative objects in such a short time. The decade-old group is responsible for the Maruyama Okyo Cranes screens (gifted by Camilla Chandler Frost in 2011) and the Soga Shohaku Oxen and Shepherds added in 2016 (by JAAG and the museum's Collectors Committee). Both are in the current exhibition, "Japanese Art at LACMA: Celebrating 10 Years of the Japanese Art Acquisitions Group." Here I'll mention just a few more recent purchases making their debut. 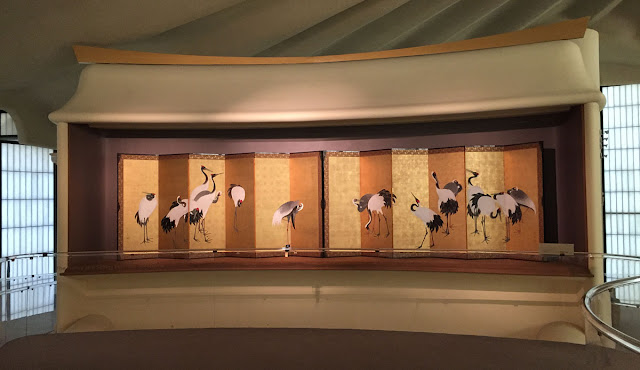 Start with a 4-1/2-in. high Dakiniten (c. 1300, top of post), a gift of Laurie and Bill Benenson. The diminutive sculpture shows Dakiniten riding a Shinto fox-god, curved like a carousel animal. Unusually she has wings—an angel she's not. Dakiniten is known for eating the hearts of those who fail to worship her.
Scroll paintings feature flora and fauna, notably an Ito Jakuchu Turnip (detail below) in shades of watery soft gray. It brings to mind the artist's Vegetable Nirvana in Kyoto, which finds Buddha-nature in a radish. 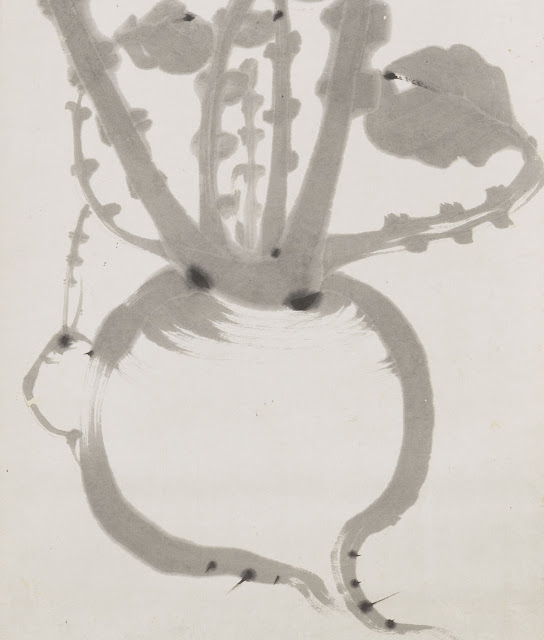 There's a cartoonish Tani Buncho Tiger Family and Magpies (1807); a Fireflies at River's Edge by Shiokawa Burnrin, who specialized in nocturnes with fireworks or luminescent insects; and an early 20th century Wild Boar in the Snow by Konoshima Okoku. 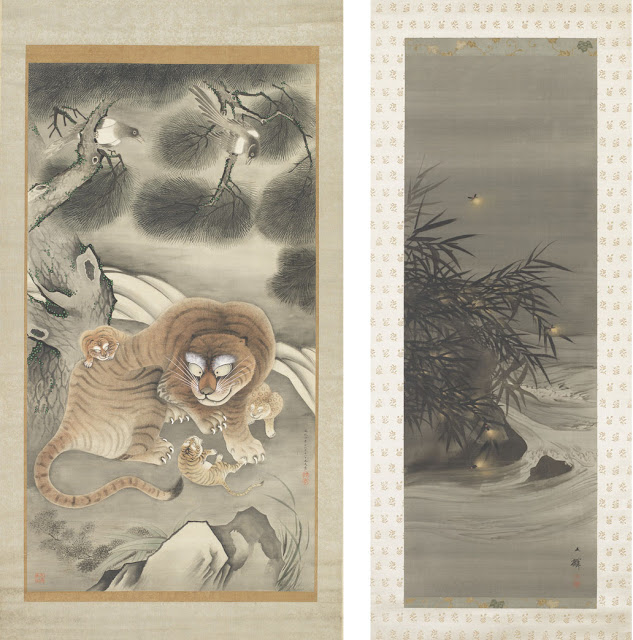 Suzuki Mutsumi's red lacquer Flower Vessel (2005) is a gift of Arthur and Fran Sherwood. Conceding its inability to hold water, it comes with a puddle of black lacquer—or is it a tar pit, or a Zumthor blob? 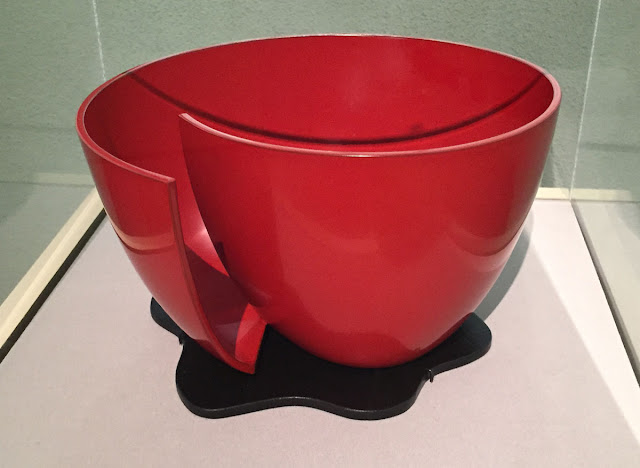 Anonymous said…
It's appalling that at least awhile back there was talk of Joe Price pulling his promised collection of Japanese art from the museum, apparently because he was unhappy with some aspect of LACMA's management.

The museum has had a series of such major mishaps in the distant past, but to see that occur ever again at this late date would be totally unforgivable and sickening.

As for the contemporary artwork that just so happens to be from an artist based in Japan, shouldn't that thematically, conceptually and visually be exhibited in the Broad galleries? Categorizing artworks based mainly upon not their style but on the national identity of their creator seems inappropriate or oddly provincial.

autolinkint said…
Great blog, i have seen this nice blog after a long time. Keep Blogging.
Japanese cranes buy
June 17, 2017 at 2:41 AM