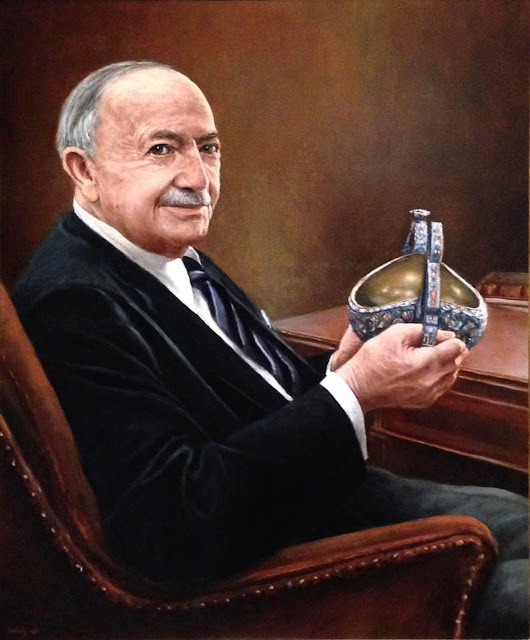 Not too long ago, museum founders were happy to have their names and collections perpetuated. That was good enough for Gardner, Frick, and Barnes. Likewise for the family of Francis Fowler, the liqueur entrepreneur who marketed Southern Comfort and whose wealth helped establish UCLA's museum of world art. (Shown, a portrait of Fowler, on display with his silver collection.)
Lately the the Huntington, Autry, and Getty have opened museum installations devoted to their founders' biographies. None of the new displays was decreed by the founder. They are less a product of narcissism than of our data-driven age. In their day Henry Huntington, Gene Autry, and J. Paul Getty were celebrities. But surveys show that ever fewer visitors to the museums they established have a clue who they were.

The Huntington installation responds with a film about Henry and Arabella that is fairly short and not too hagiographic; a model red car; a wall of family photos. 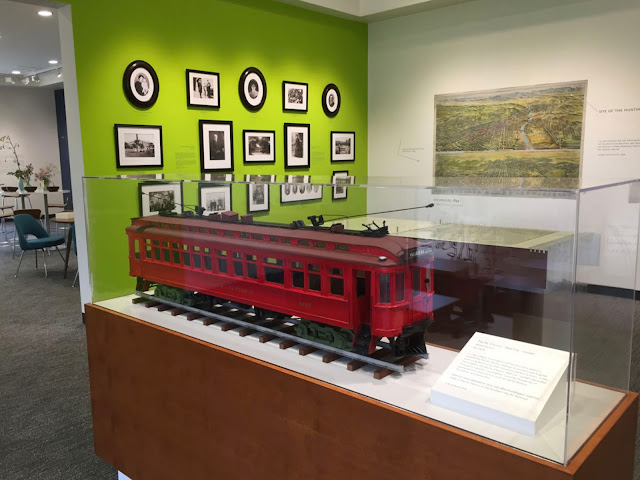 The Autry museum originally showed more Gene Autry memorabilia. The new display is a gentle downsizing. The bulk of Autry's film, recording, and TV career ran through 1953. If you remember the film Cowboy's Heaven, partner, you're probably already there. 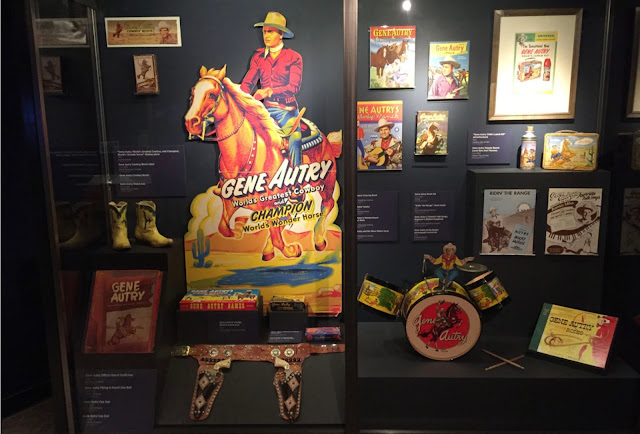 The Getty display has the most information of the three. Touch screens permit deep dives into the institutional archives. I'm probably too much a museum fanboy to be typical, but I learned things I didn't know (such as that Getty probably knew his first "antiquity" purchase was fake). I saw kids delightedly zooming through screens, too quickly to read anything. 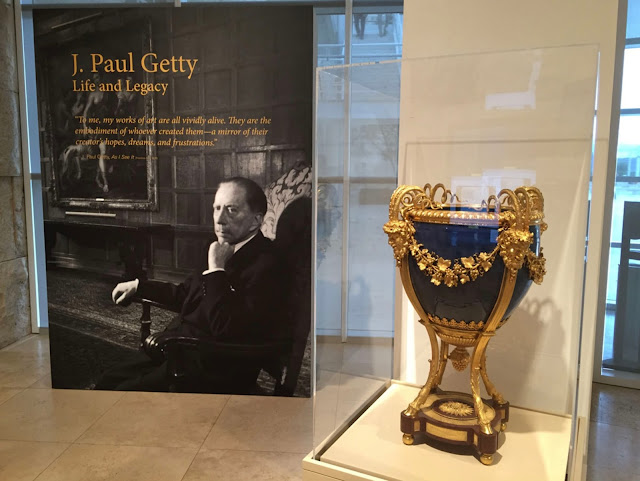 The essential ingredient of the vanity museum is vanity. One-time LACMA trustees Armand Hammer and Arthur Gilbert each demanded that LACMA display ghastly effigies of themselves as a condition of donating their art. In Gilbert's case it was  a wax-museum sculpture. LACMA declined. 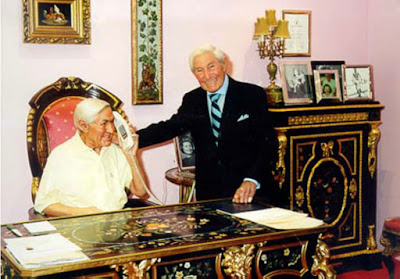 Both collectors took their marbles and went home. Hammer's Westwood museum opened with a creepy full-length portrait in the stairwell. Does anyone know where Creepy Hammer is now? The stairs are now used for contemporary artist's installations. These are often brilliant, though they're always fighting against the banality of Hammer's staircase.
Gilbert gave his collection to the U.K. It's now shown at the Victoria & Albert Museum. "The fragile wax figure of Arthur is still cared for and preserved at the V&A," says the museum website, "and condition permitting, he will return to the galleries for a short period of time in late 2017." 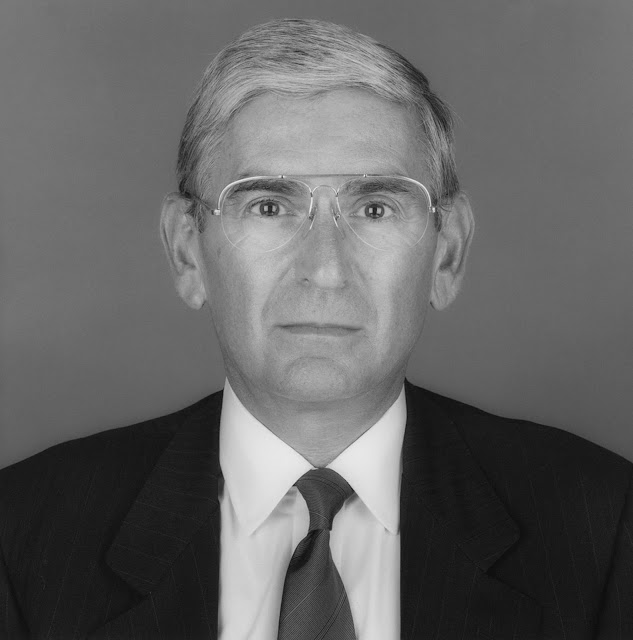 Norton Simon and Eli Broad's museums have so far managed to do without waxworks. The Simon has a 1973 Don Bachardy pencil drawing of its founder, and the Broad has 1987 Robert Mapplethorpe photos of Eli and Edythe. As works on paper, neither is normally on view.
The topic of the moment, vanity-wise, is the planned Lucas Museum of Narrative Art in Exposition Park. When it opens George Lucas and Star Wars will be bigger draws that Gene Autry ever was. But pop culture keeps moving. There will inevitably come the day when younger visitors have never heard of Star Wars, much less of Norman Rockwell. The success of a vanity museum lies in how well it transcends the founder.
Email Post