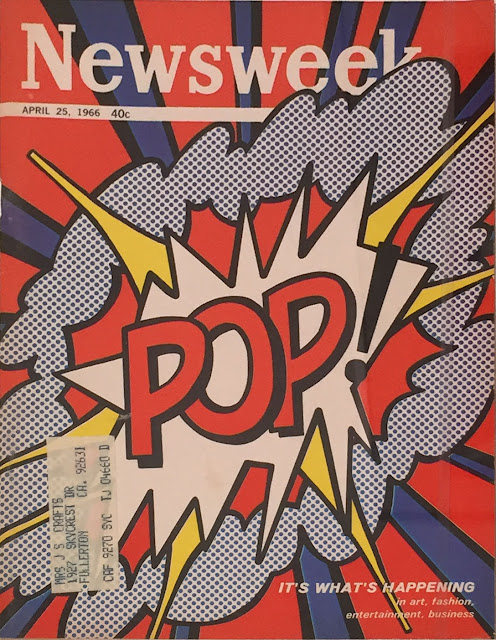 Magazine illustrators such as Norman Rockwell offered a story-telling art in an age when serious art was abstract. That changed with the Pop movement of the 1960s. Pop was "serious" art that was ironic, irreverent, and fun. National magazines embraced the Pop movement, both in Pop-inspired cover art and in commissions from major figures like Roy Lichtenstein and Andy Warhol. Several Lichtenstein covers and related works are on view in the Skirball Center's "Pop for the People: Lichtenstein in L.A." 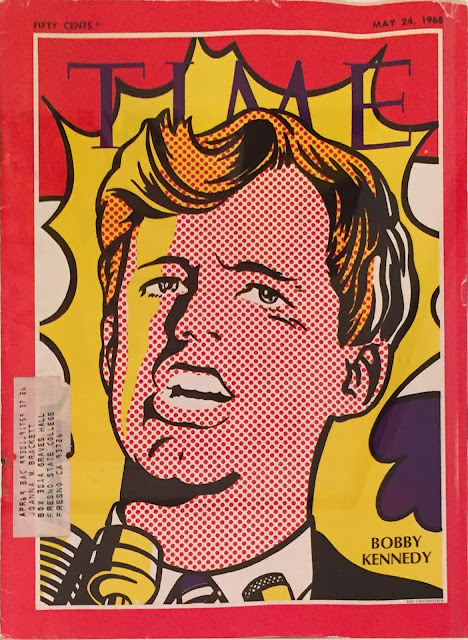 Robert Kennedy was shot two weeks after the 1968 Time magazine cover ran (Martin Luther King had been shot in April). Time commissioned a second Lichtenstein cover, "The Gun in America." Its subject remains—to quote the title of a rather different 1960s Norman Rockwell cover—The Problem We All Live With. 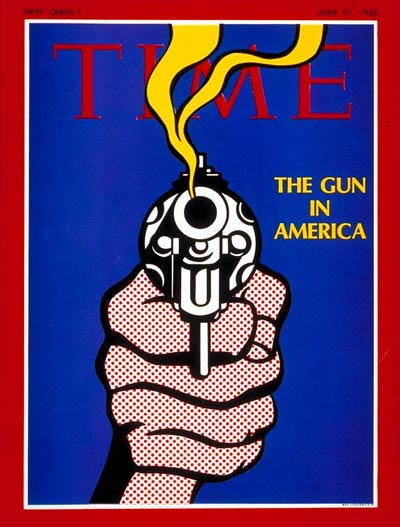