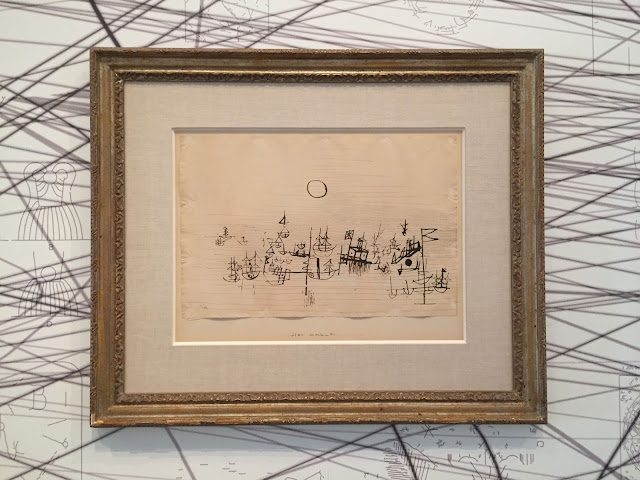 The El Segundo Museum of Art's "Noema" (Greek for "thought") is a nonlinear history of diagrams, with lots of lines and skewing cosmic and Germanic. There are hand-made sketches by Wernher von Braun and Joseph Beuys; books and prints after Isaac Newton, Tycho Brahe, Marcel Duchamp, and Albert Einstein; the combined genius and madness of alchemists, modernists, performance artists, and mystics. (Shown is Paul Klee's 1927 Der Hafen von Split, hung on top of Matthew Ritchie's The Temptation of the Diagram.) 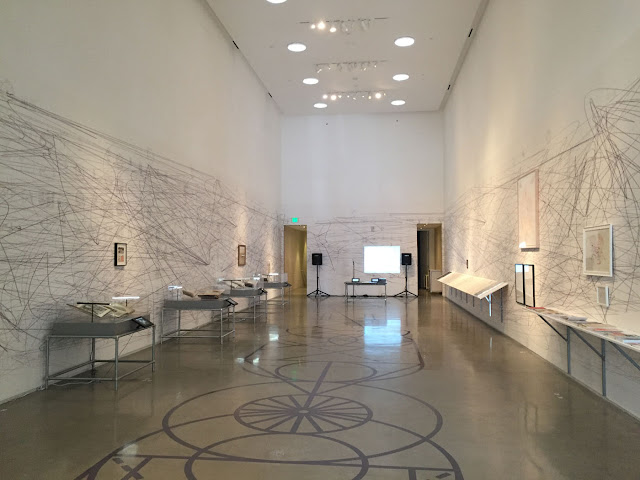 The exhibition centers on Ritchie, an artist-in-residence at the Getty Research Institute. He created The Temptation of the Diagram, a work existing in various forms but—only in El Segundo—as a 160-foot long wall drawing that fills three walls of the ESMoA shoebox. The floor is a vinyl decal of Ritchie's The progression from divination to projection (2014). Industrial vitrines hold books and prints from the GRI collection, spanning emblem books, the history of science, and Duchamp's A l'infinitif portfolio of 1966.  Below is the creation of the world for dummies: a woodcut from the workshop of Michael Wolgemut (Dürer's teacher) illustrating Hartmann Schedel's 1493 bestseller, the Nuremburg Chronicle. 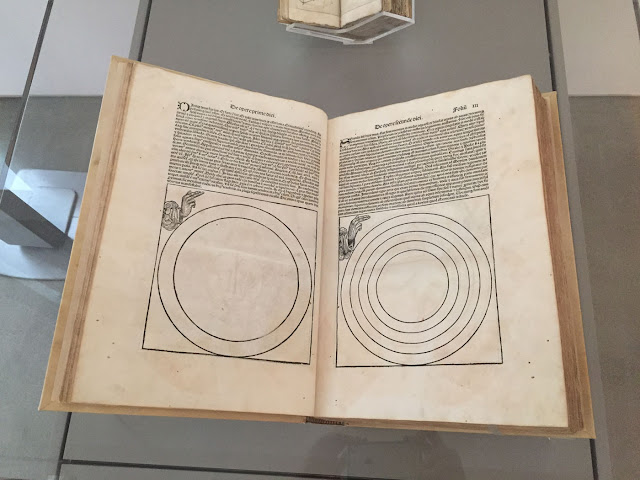 Speaking of Nuremburg… Nazi-turned-NASA rocket scientist Wernher von Braun created one of the show's most intriguing objects. In 1953 von Braun wrote an article for Collier's magazine. He made a Baby Satellite Sketch on graph paper to instruct magazine illustrator Fred Freeman. 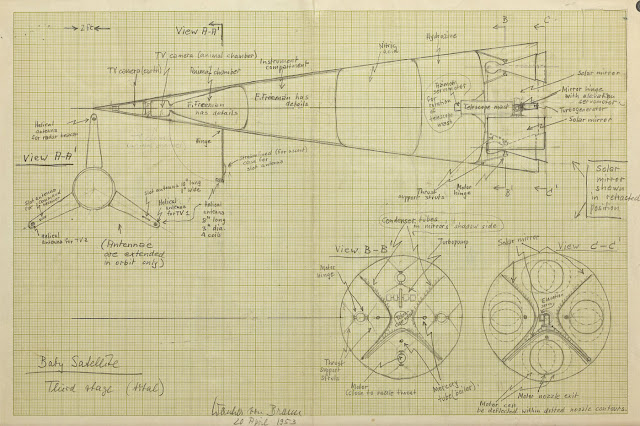 The sketch was auctioned at Bonhams in 2010. Below is Fred Freeman's published adaptation (not in show). 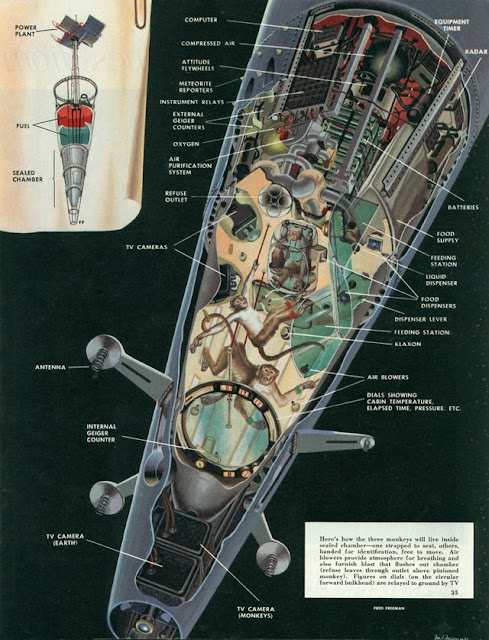 Von Braun's satellite was to send three rhesus monkeys into orbit. An attached TV camera would have been the solar system's first monkey cam. Given that the monkeys and their feces would be weightless, von Braun designed "an air blower [to] flush out the living compartment—both for sanitary reasons and to keep weightless refuse from blocking the television lenses." Another awkward reality was that there was no economical way of bringing monkeys back to earth alive. Upon re-entry the satellite would glow red-hot. "At last, a thermostat will set off an electric relay which triggers a capsule containing a quick-acting lethal gas. The monkeys will die instantly and painlessly."

Ex-Nazi-designed gas chambers were still a tough sell to the American public. The "baby satellite" was never realized. But four years later, Soviet space dog Laika must have suffocated miserably in the second Sputnik. The Soviet Union claimed that Laika was euthanized before the oxygen ran out. They had no technology for that small mercy. (Below, M.A. Peers' portrait of Laika, at the Museum of Jurassic Technology.) 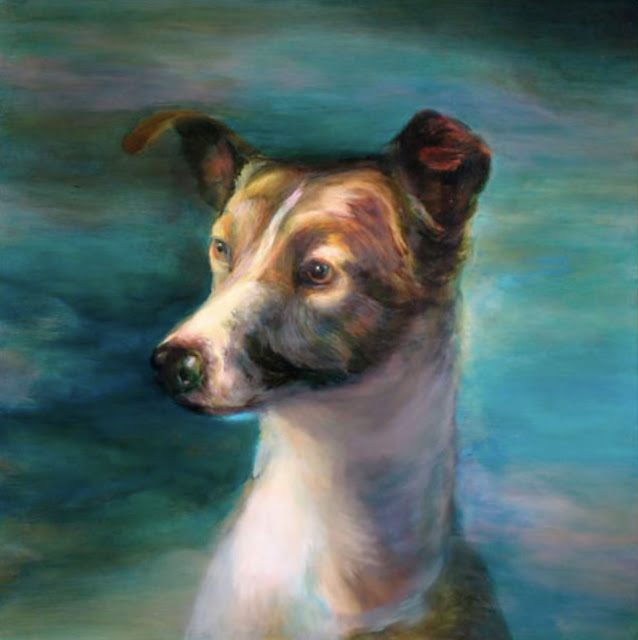 Tom Lehrer got a song out of all this.

"Don’t say that he’s hypocritical,
"Say rather that he’s apolitical.
"'Once the rockets are up, who cares where they come down?
"'That’s not my department,' says Wernher von Braun."