L.A. Gets Its First Jasper Johns Show in 53 Years 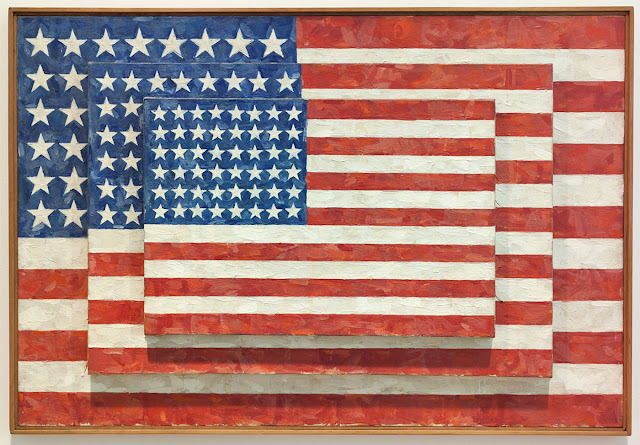 The Broad has announced it will host "Jasper Johns: 'Something Resembling Truth,'" a full-scale retrospective organized by the Royal Academy of Arts, London. It will run February 10 to May 13, 2018. While Johns isn't exactly lacking for museum love, the last Johns show in Los Angeles was at the Pasadena Museum of Art—in 1965.

Even back then, the L.A. Times' Henry J. Seldis was grousing about "one of the most thorough jobs of promotion ever contrived by a more and more Madison Avenue-minded art world… But without joining the uncritical chorus of adulation which has brought him to the pinnacle of the current art market, we conclude that Johns' vision is personal, powerful and persuasive."

(Shown Three Flags, 1958. The Whitney is lending it to the Broad but not the Royal Academy.)
Email Post
Labels: Jasper Johns The Broad

Anonymous said…
I like how the Broad Museum is being ambitious instead of passive in its special exhibition format. I was concerned they'd be too much like the rather low-key Norton Simon or the bit too esoteric Hammer.