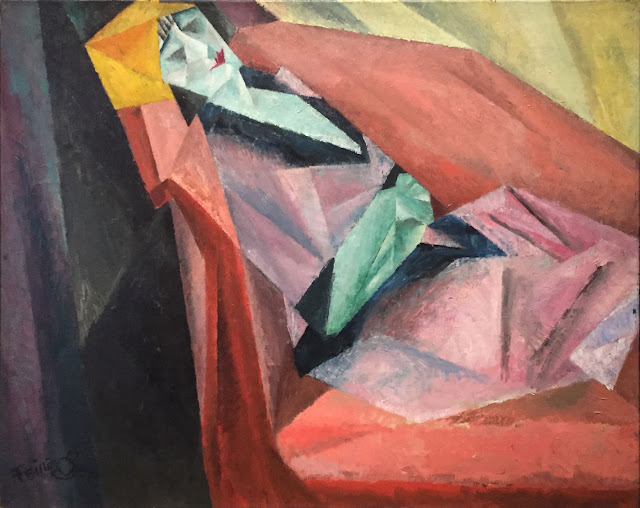 LACMA is showing a couple of German Expressionist paintings bequeathed by Robert and Mary M. Looker. Lyonel Feininger's Sleeping Woman—Julia (1913), a pivotal cubist work, shows the artist's wife. Sleeping Woman was featured in LACMA's 2014 exhibition, "Expressionism in German and France: From Van Gogh to Kandinsky." It becomes the only Feininger painting in the museum's collection.

The Lookers also gave LACMA Max Beckmann's Still Life With Silver Candlesick/Cats (1943). (Another Beckmann, Bar Brown, was given in Looker's honor in 2013.) LACMA now has four Beckmann paintings, a sculpture, and over a hundred prints.

Aerospace entrepreneur Robert Looker (1992-2012) favored German Expressionism in his collecting, but he and his wife chipped in for purchases of works by Yayoi Kusama, El Anatusi, and Kiki Smith; antiquities of Tang China and Wari Peru. 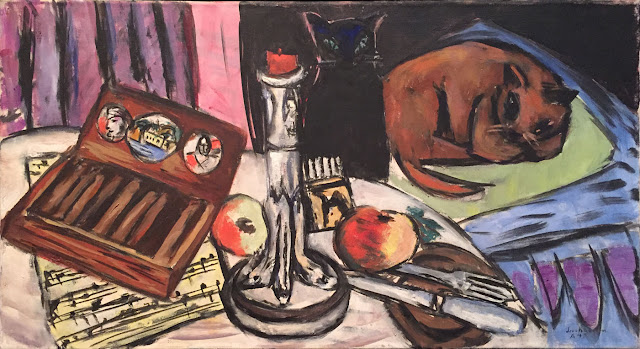