Two Feminist Landmarks at the Hammer 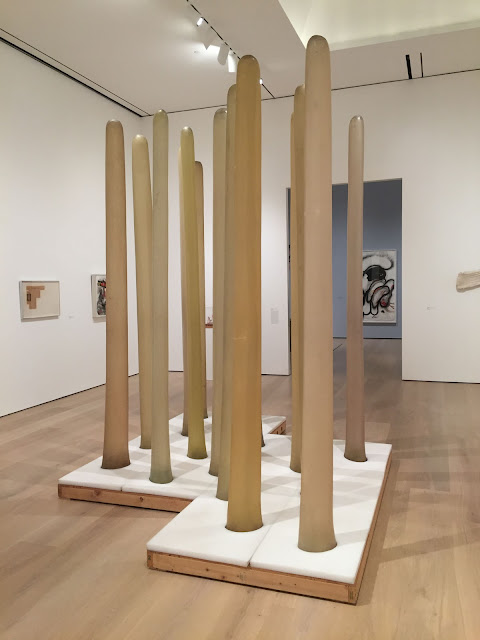 Unlike the Broad and Marciano, the Hammer did not inherit a contemporary art collection from its eponymous founder. The Hammer's contemporary collection dates only to 2005. One way it's already distinguished itself is by acquiring major works of feminist art that lacked museum homes. Five years ago the Hammer bought Suzanne Lacy's Three Weeks in May (1977).

One of the first objects in the present show is Barbara T. Smith's Field Piece. Originally exhibited at Cirrus Gallery, Hollywood, in 1971, it is a precursor of today's interactive works: a hippie-nudist Urban Light.  The columns—"blades" in Smith's terminology—are flexible and huggable. Visitors shed their clothes and inhibitions to experience them as their footsteps made the blades light up and generated electronic music. Cirrus published a short book to document it, with photos. 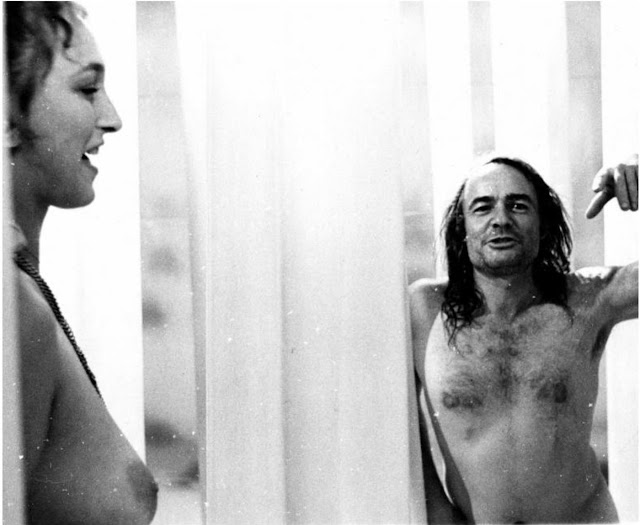 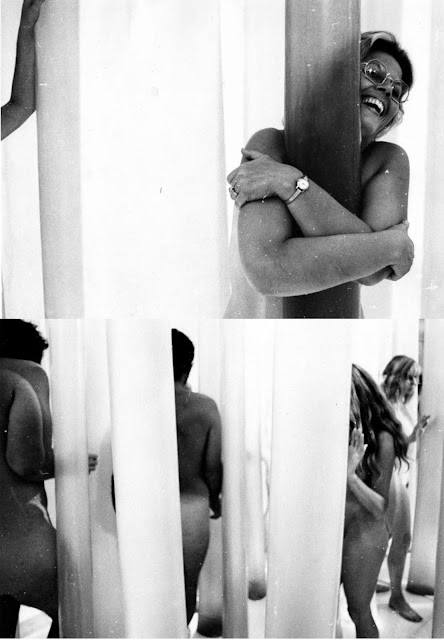 Field Piece reflected Smith's frustrations with an art market that ignored women's art. The Cirrus book describes it as "a non-hierarchical social construct… allowing all to be equal in a dreamlike field of grass."

Activating light and sound from foot pressure tested the limits of 1971 computer technology. Here is the electronic brain that ran the thing. An LA Times review panned Field Piece as "a fairly typical art-and-technology-type work. They malfunction with discouraging regularity." 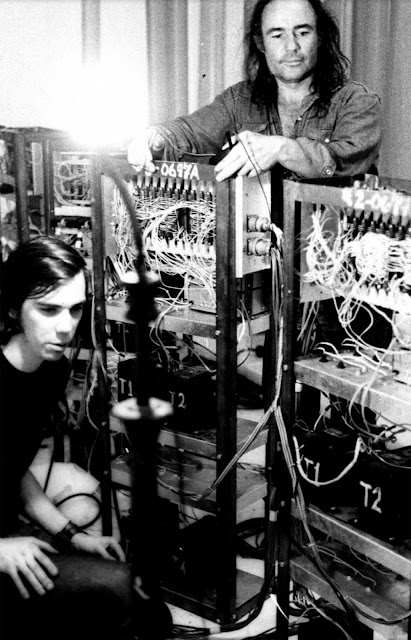 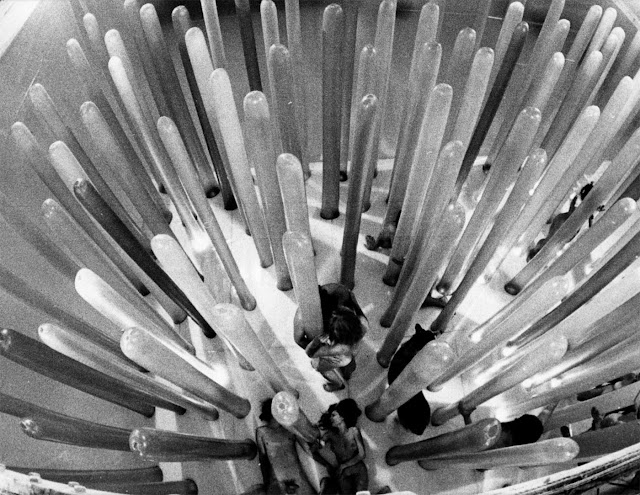 Only a fraction of the whole is on view at the Hammer, and of course it's no-touch. But the Hammer's installation photos (by Brian Forrest) demonstrate that some of the columns still light up.
No less notorious is Carolee Schneemann's Interior Scroll, nexus of an August 29, 1975 performance in East Hampton. Schneemann, nude and painted with mud, gradually withdrew an accordion-fold scroll from her vagina, reading its text, a conversation between Schneemann and a male structuralist filmmaker who faults her work for "the diaristic indulgence / the painterly mess / the dense gestalt / the primitive techniques…"

Schneemann said she was inspired by a dream in which a small woman drew a text from her vagina that said "the knowledge."

The scroll at the Hammer is described as a preliminary version, dated 1974, the year before the Hamptons performance. (Like the Oz ruby slippers, several copies were needed for testing and back-up.) Shown in a lucite reliquary, along with two photos of the 1975 performance by Anthony McCall, the scroll is a gift of Eileen Harris Norton.

Incidentally, both Smith's and Schneemann's archives are at the Getty Research Institute. 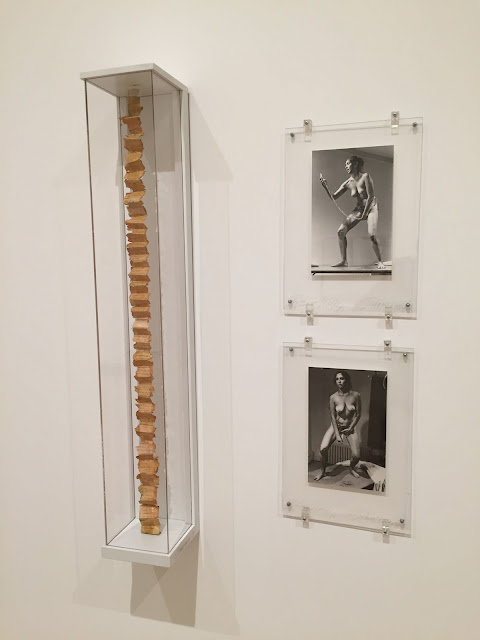