"Process and Reality" at the Weisman Pepperdine 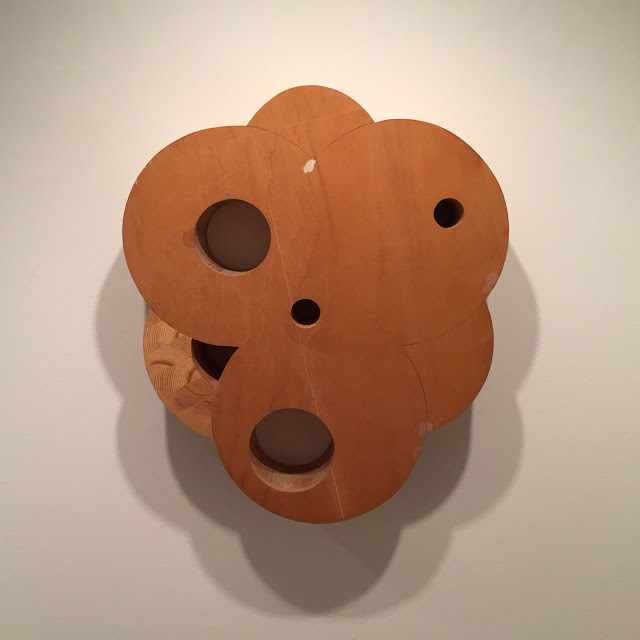 Pepperdine's Frederick R. Weisman Museum of Art is showing "Process and Reality: Contemporary Art from the Permanent Collection." The title feints at process art and realism, but the most appealing works are often the least classifiable, such as Polly Apfelbaum's Curious George (above). Mainly the exhibition surveys works that have been donated to Pepperdine's Malibu museum in the 25 years since its founding.

A plurality of the highest-profile pieces are gifts of Peggy and Eric Lieber. There are works by quintessential L.A. artists such as Ed and Nancy Kienholz, Ed Moses, and Mike Kelley. There's a 1960s Llyn Foulkes postcard painting and a 1980s anti-portrait that—somewhat like the Apfelbaum—plays on the uncanny power of a face that isn't a face. 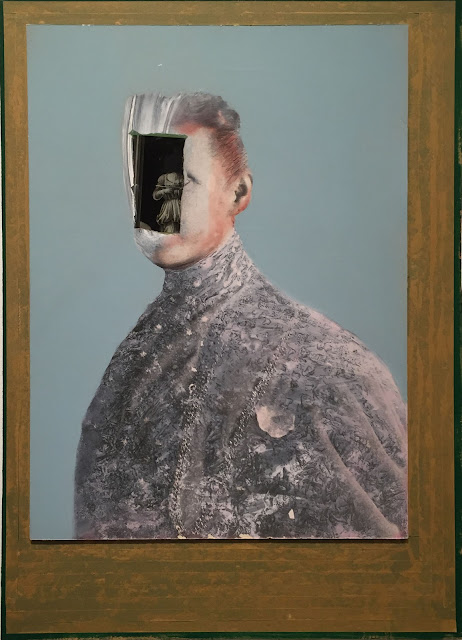 Retinal art fans can feast their eyes on Julian Stanczak's Quasar Light (1974-78) and a Mary Corse black glitter painting from 1976. 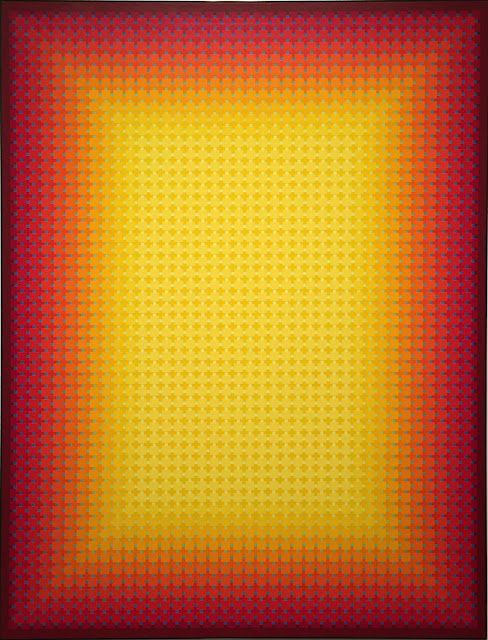 In a photograph the Corse can be confused with a Vija Celmins or a Glenn Ligon. (Interesting in itself.) It's way different in person, with glitter-stars twinkling on and off as you move around the room. 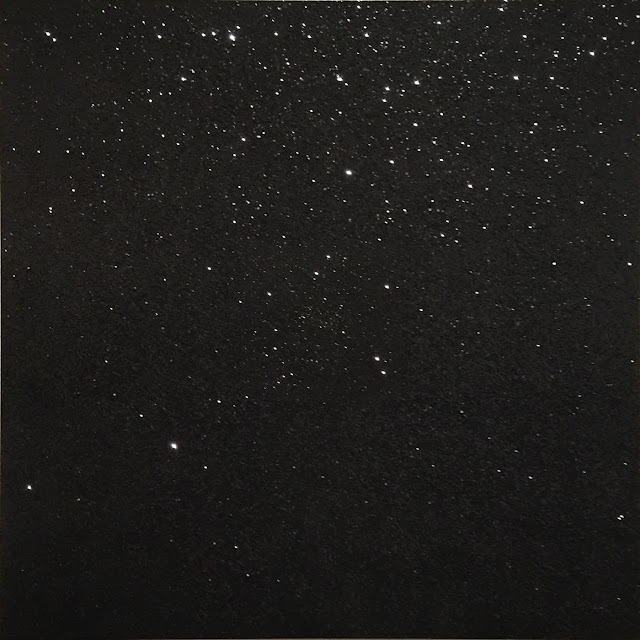 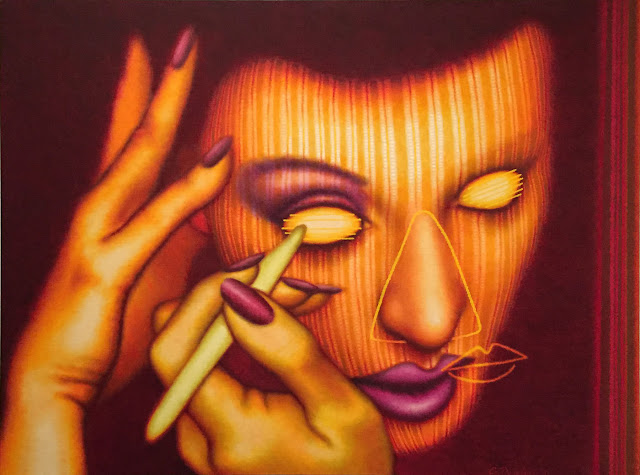 There are two takes on Chicago, by Imagist Ed Paschke (above Vino, 1991) and bicoastal realist John Register (Chicago, 1989, below). Register was a Madison Avenue art director who abruptly left a 1972 client meeting saying he had a dental appointment. Like Don Draper, and at about the same time, he headed west. Register ended up in Malibu, producing a subtle brand of Photorealism. Like Estes or Hopper, his cities are weirdly deserted, maybe in the early light of a June morning. Register's Chicago folds in Precisionism. 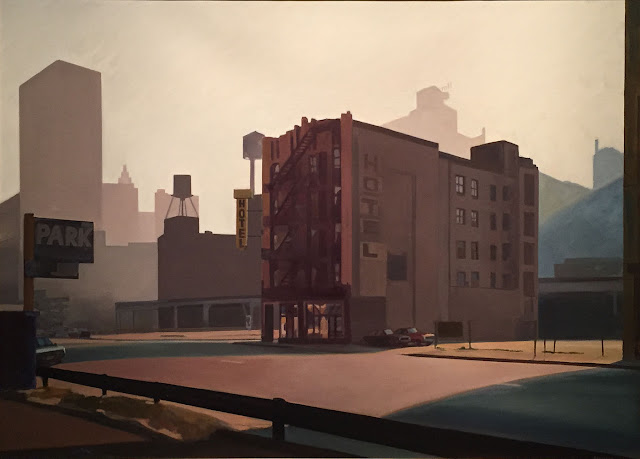 Among the more unexpected pieces is an abstract painting on paper by playwright, novelist, and screenwriter William Saroyan. Like Victor Hugo, e.e. cummings, and Frank O'Hara, Saroyan produced a body of visual art that is coming to be appreciated. I would bet this is the first time a Saroyan has been hung next to art-market star Jean-Michel Basquiat. 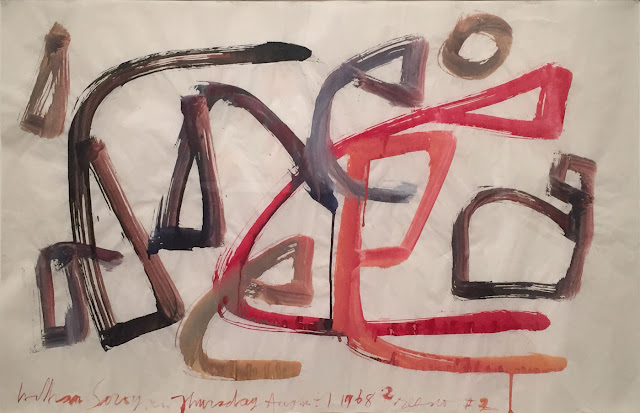 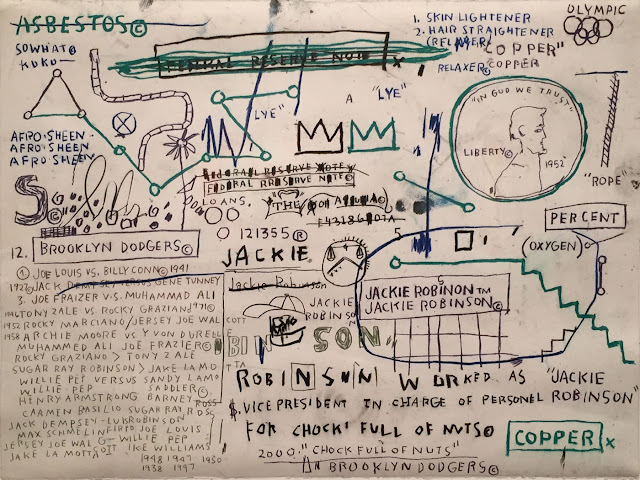