"Face to Face" at CAAM 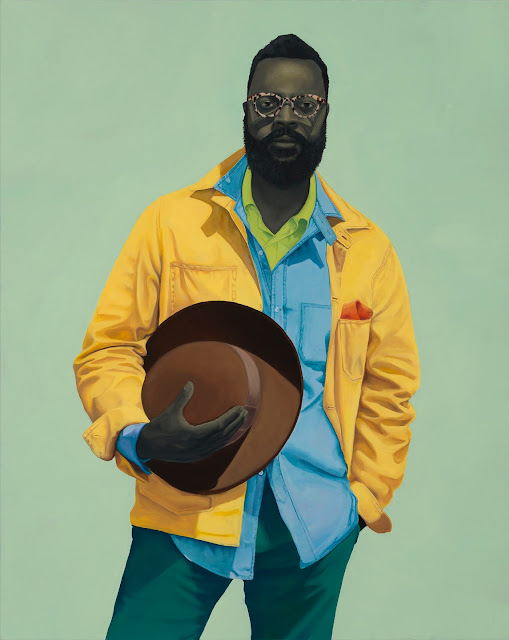 While new, billionaire-financed contemporary art museums burgeon, the state-funded California African American Museum is having a resurgence. This summer it has another strong rotation of shows, starting with a lobby installation by Gary Simmons. There is a historical exhibition marking the 25th anniversary of the 1992 L.A. uprising, an installation of Caribbean art from the collection, and a loan show, "Face to Face: Los Angeles Collects Portraiture." (At top, Amy Sherald, Pythatgore, 2016).

"Face to Face" does not have much of a point to make, but that's OK. Many pieces are first-rate works of trending artists.

British-born to Ghanian parents, Lynette Yiadom-Baokye was a Turner Prize finalist and has a show this summer at New York's New Museum. From the same body of work is The Grains, 2017 (below). Yiadom-Baokye's pictures are imaginary portraits of fictional bohemians. Yiadom-Baokye is also a writer and compares her art to an author's creation of characters. 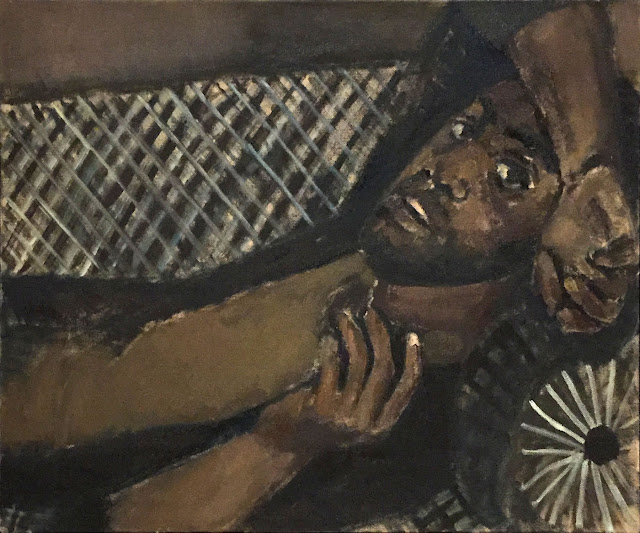 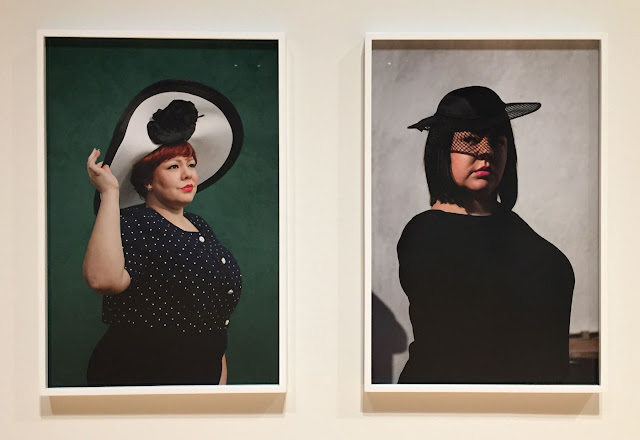 Before he was famous & repetitious Kehinde Wiley did some portraits owing more to op art than Old Masters. A cell phone photo of Apotheosis of Admiral Vettor Pisani #1 (2003), lent by Eileen Norton, can't suggest the dazzle of the out-of-gamut colors. 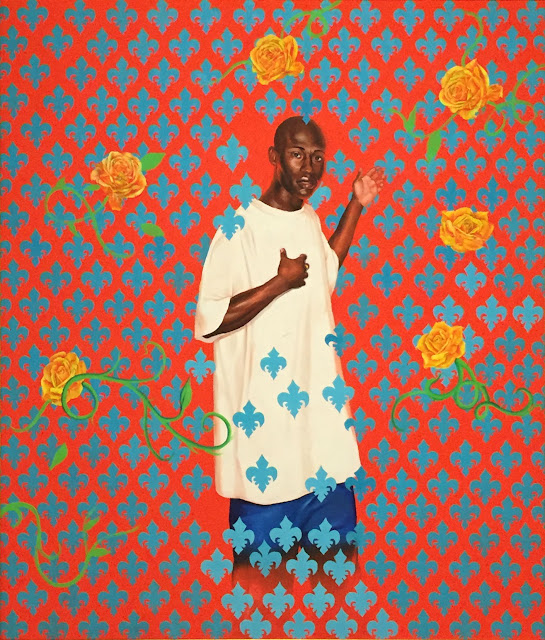 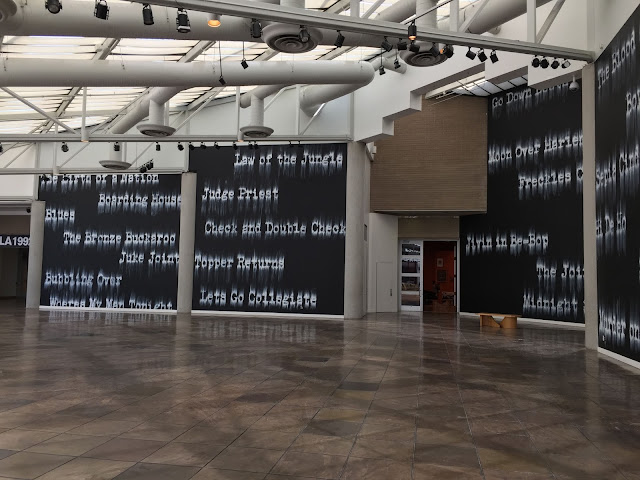