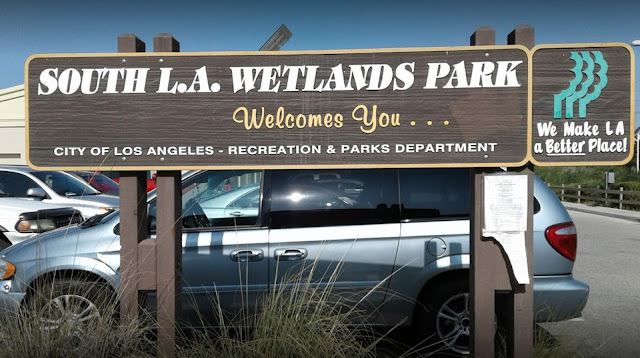 The Parks Dept. recently voted to approve LACMA's proposal to take over an 84,000 sq. ft. former bus storage yard in South L.A. for arts programming and collection storage. The facility is in the South Los Angeles Wetlands Park at Avalon Blvd. and 55th St., which mainly exists to decontaminate sewer water.  As a city website boasts, the Wetlands Park "can treat up to 680,000 gallons of polluted urban runoff per day, or enough to fill an Olympic-size swimming pool." The site is south of Downtown and to the southwest of Exposition Park.

The LACMA project is a possibility, not a certainty. The museum is after all raising funds for a $600M+ Peter Zumthor building on Wilshire. It's not even clear what a LACMA South would be, exactly. The Parks Department filing talks of educational programs (a "social justice-themed" tour for woke schoolkids), a "restaurant or café," and a "retail operation." It would presumably show art, too, though it's hard to say how ambitiously. Mainly the building might be used for art storage. The 84,000-sq.-ft. structure is a quarter the size of Zumthor-LACMA (which is no larger than the buildings it would replace).

Why South L.A.? Michael Govan told Charlotte Burns, of the "in other words" podcast,

"Because LA is a spread out city, it’s just not true that people travel to every neighborhood, and that everyone can get to Lacma. The idea of a de-centered museum in a de-centered metropolis is emerging as a strong idea. You could literally run a space in South Los Angeles, and then run a space in San Fernando Valley. There would be no overlap in audiences between Wilshire Boulevard, San Fernando Valley and South Los Angeles. None.… "

Museum satellite facilities is an idea that's gone in and out of fashion. Early versions skewed upscale, corporate, and suburban. More recently museums, like Millennials, have gravitated back to close-in and gritty urban neighborhoods. This has happened against a grassroots pushback against gentrification.

55th and Avalon is no Boyle Heights, not yet. Would a LACMA satellite bring in the galleries and coffee shops and hipsters? I wouldn't bet against it. A generation ago it was a progressive talking point that museums should be in the inner city, not on a wealthy hilltop. Now that such possibilities are on the drawing table, the mood is more ambivalent. One might think that an art museum would be a more desired neighbor than a water treatment site. But L.A.'s crazy rents may be changing even that. 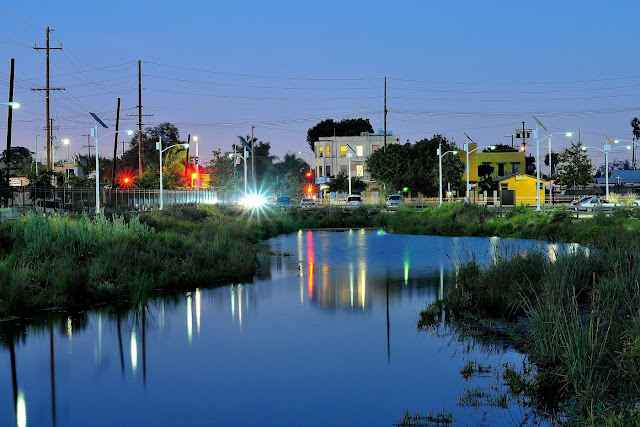 It's bad enough he wants to use up LACMA's limited, finite resources on a very costly new building that won't even contain more exhibit space than the buildings it will replace. Now he wants to throw even more money even further afield.

He has been good for the museum in crucial ways. But now it may be time for him to do what the LA Philharmonic's much-vaunted former executive Deborah Borda did recently. It may be time for Mr. Govan to move on.
July 28, 2017 at 8:46 AM

The Dreamer said…
I would have to agree. Michael Govan certainly helped LACMA maintain a more international pretense and turned it from a local attraction to a world-respected art institution; however, his latest ideas have become more bewildering. I do admire Govan's ambition, but he is biting way more than he can chew. After numerous revisions of LACMA's redesign, I'm still not sold on it. I concur that a consolidation LACMA's existing buildings through a singular building is preferable to rehabilitating William's Pereira's original ineffectual design. However, $600 million for a design that will decrease square footage is just ridiculous.

As for this article, I'm not sure why Govan is trying to sell another idea when LACMA's fundraising goal for it's new design is still behind his original target. Govan is at the point where his reach is beginning to exceed his grasp.
July 28, 2017 at 9:39 AM