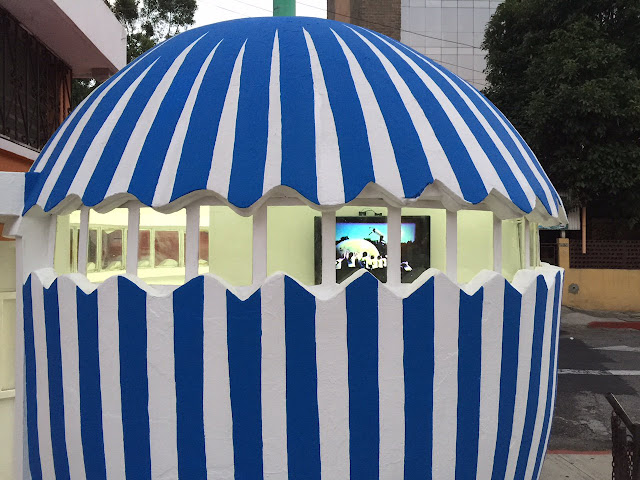 About 14 hours short of the deadline, LACMA has met its Kickstarter goal of raising $75,000 to bring a replica of Guatemala City's mini-contemporary art museum, NuMu, to Los Angeles this fall.

Coincidentally, today's Washington Post has an informative piece on the economics of museum crowdsourcing. It focuses on two Smithsonian Kickstarter campaigns to raise funds for conservation of Neil Armstrong's space suit and a pair of the Wizard of Oz ruby slippers.

It costs money to raise money, even online. Kickstarter takes a cut of everything raised. The museum needs someone to craft a worthy webpage and is expected to offer pledge-drive swag like T-shirts and tote bags. The Smithsonian campaigns had about 38 percent "overhead," leaving 62 percent for the cause.

The Post quotes Stanford's Lucy Bernholz on crowdfunding: "A lot of organizations get excited because they think it's cheap and easy. Cross that out. It's neither cheap nor easy."