A History of Mist 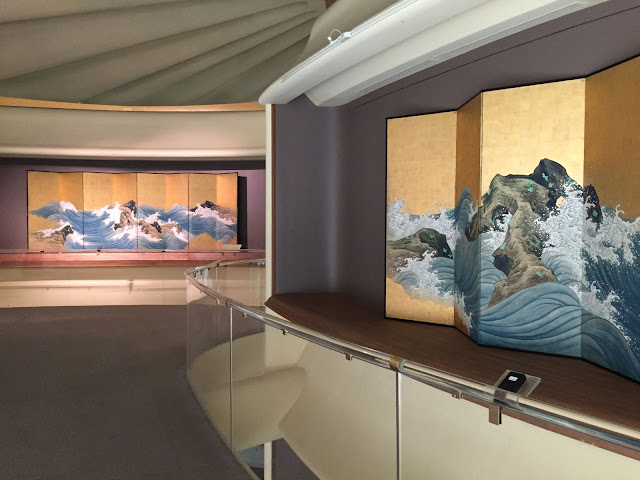 LACMA's Japanese Pavilion doesn't show much contemporary work. Its current show, "Atmosphere in Japanese Painting," is an exception, though it takes a while for the visitor to realize that. The installation begins with the spectacular pair of Edo screens acquired by this year's Collectors Committee, Yamaato Kakurei's Rocks amid Crashing Waves (c. 1810). As you descend the ramp, the chronology moves forward, to modern and contemporary times. This is an up-to-date survey of art about mist, humidity, and impermanence. 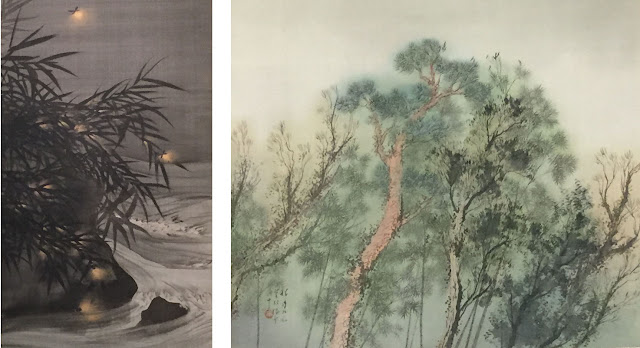 A group of works by Ikezaki Yoshio announces the 21st century. Shown is The Earth Breathes–Mind Landscape (2008), a group of sculptural watercolors on crumpled and twisted mulberry paper. 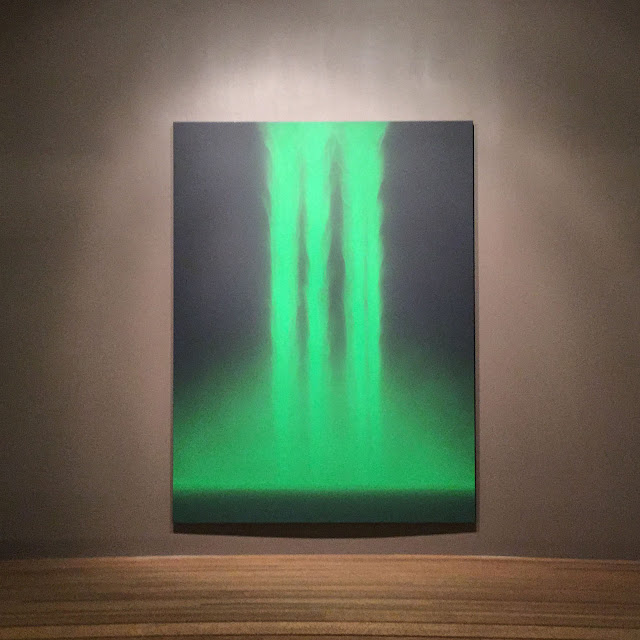 At the very bottom of the Pavilion are two recently acquired paintings by Japanese artists active in the U.S. Senju Hiroshi's Falling Green (2007) uses malachite pigment, dripped and airbrushed onto mulberry paper.

Miya Ando's Kumo (Cloud) 6 (2016) is white ink on aluminum. It evokes gold-ground screens and also the daguerreotype, with its uncanny flip of figure and ground, light and dark, life and death. 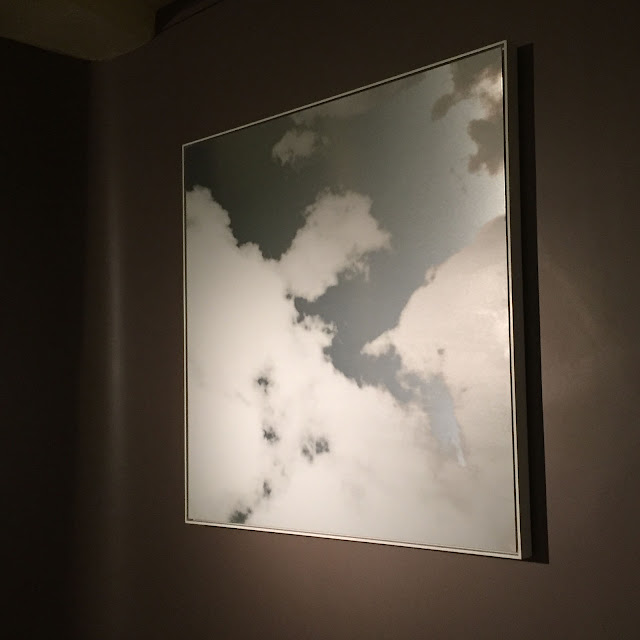 Anonymous said…
Why are contemporary style artworks somehow totally different - and therefore must be displayed accordingly - if they're not created by Western/white/European artists?

Does the museum have contemporary paintings frequently interspersed with objects in its galleries devoted to, for example, 16th century European artworks? Are abstract canvases made in 2006 from Spain or Britain displayed next to works from El Greco or Gainsborough?

Nor should they be. That's because modern-day artworks - whether from the Middle East, Asia, the US, Europe or Central or South America, etc. - deserve to be displayed in the Broad Contemporary building.

But since the curators don't prefer doing this, is this another example of what's known as the soft bigotry of low expectations? The type of thinking and behaving that's both condescending and patronizing.
October 12, 2017 at 11:58 PM

William Poundstone said…
What you've said is a pet peeve of mine as well. BUT I don't think "Atmosphere in Japanese Painting" falls into that regrettable category. The Japanese Pavilion's helix is essentially linear, and here it's a chronological survey of the "mist" theme from c. 1810 to right now. It's an original idea and (to me) doesn't read as patronizing or an attempt to be hip. It's not like Alex Israel next to the Houdon!
October 13, 2017 at 8:04 AM

Anonymous said…
The current exhibit in the Japanese Pavilion therefore does make sense. But there have been very contemporary pieces of art displayed with - or segregated, if you will - much older, traditional forms of art in the Korean galleries, in the Middle Eastern galleries, in the Latin American galleries. Apparently deemed inappropriate by the museum's staff to be shown in LACMA's Broad galleries.

Because the style of contemporary art only makes sense if it's judged in the context of the race, ethnicity or nationality of the artist?

If so, that seems very patronizing or condescending.

Reminds me of all the progressives at certain universities who now believe graduation ceremonies should be held based on the race or ethnicity of the student receiving a diploma.
October 18, 2017 at 12:11 PM