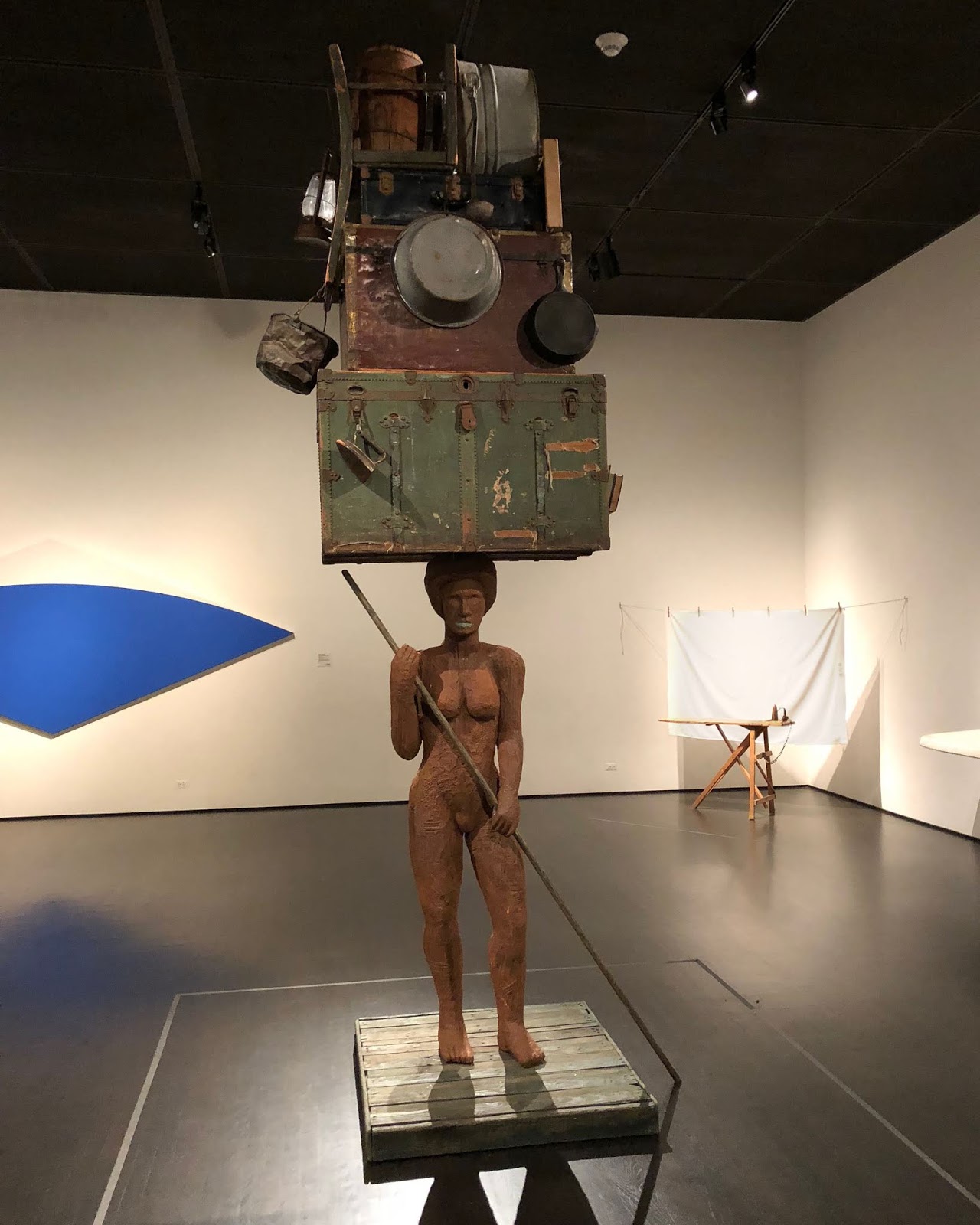 Last week I mentioned that the Fowler Museum has acquired an Alison Saar. So has LACMA, it turns out. An anonymous donor has supplied funds to buy Breach (2016), a large assemblage-sculpture that is regarded as one of Saar's key statements. It's now on view near mother Betye Saar's I'll Bend But I Will Not Break (1998, above right background), itself acquired only two months ago via LACMA's Collectors Committee.

Breach takes as its point of departure the Great Mississippi Flood, the "Katrina" of 1927. The flood displaced over half a million Americans, most black or poor or both. Refugees were sent to internment camps, and some blacks were conscripted into rebuilding efforts.

Saar's plinth is a Huckleberry Finn raft; her stoic tin-on-wood nude balances her possessions on her head, in Senegalese fashion. 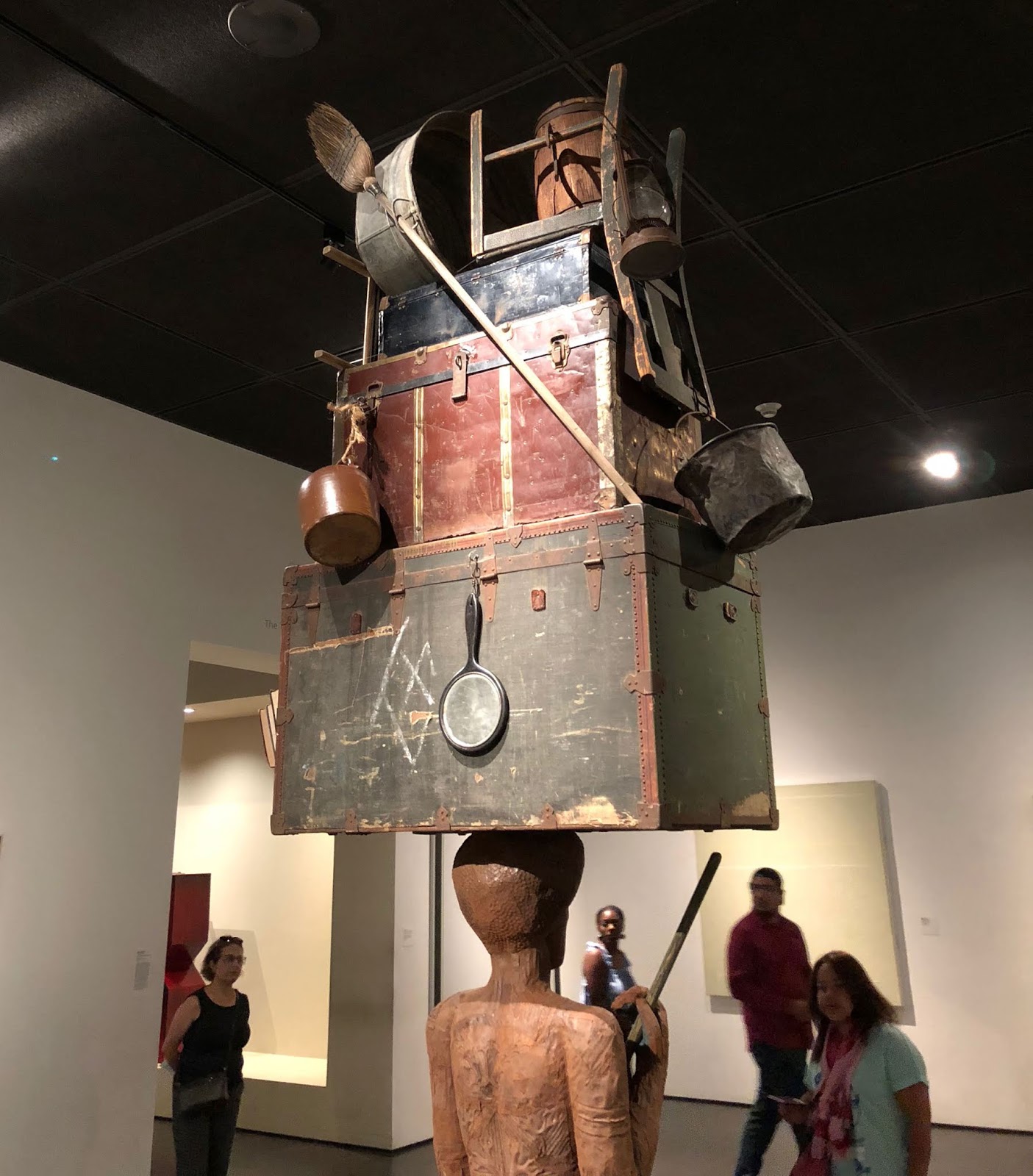 At both the Fowler and LACMA, Saar's sculptures are being shown as outliers in their gallery. LACMA has Breach in a room of 60s and 70s pop and minimalism. Over twelve feet high, and flouting laws of gravity and men, Saar's figure holds a slanted oar touching the floor. The artist explained: "The floor of the gallery becomes the water… and so we are all in the water with her."

Below, an installation view from a 2017 exhibition at the University of Kentucky Art Museum, Lexington. 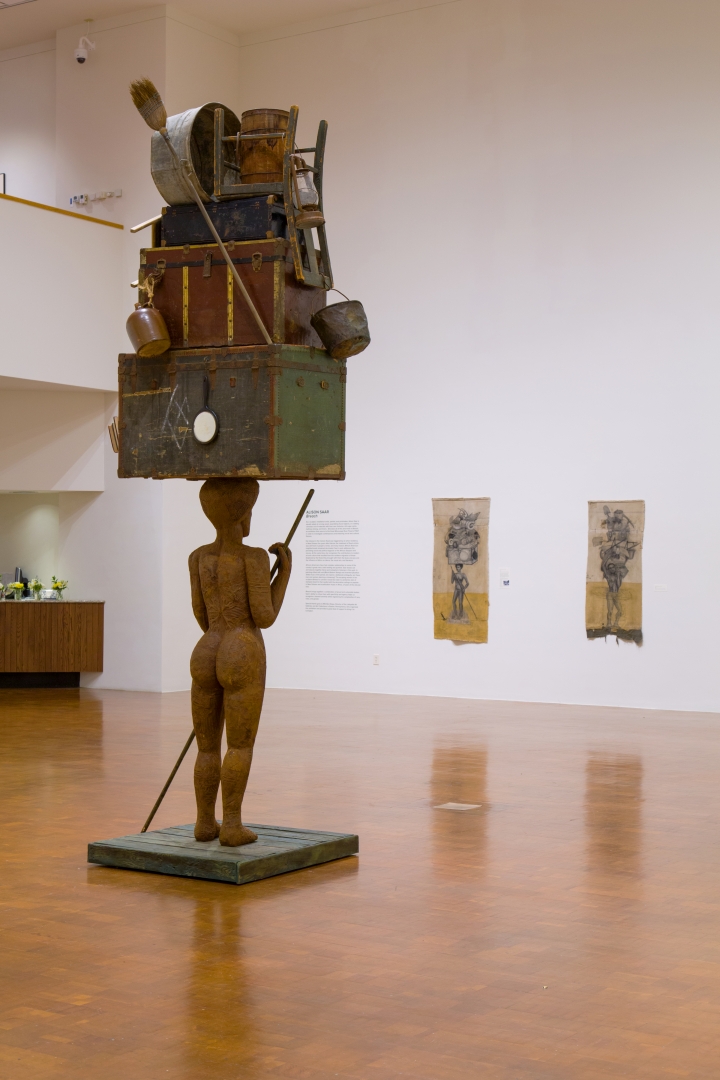