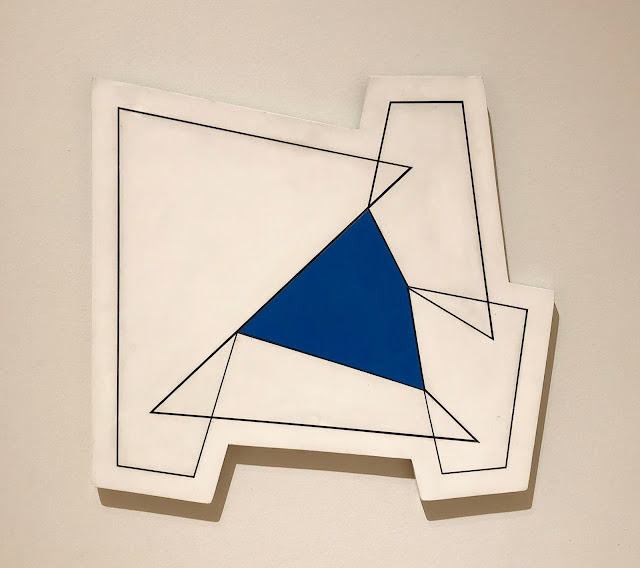 LACMA is displaying Plan Bleu (1958), a geometric painting by Uruguayan artist Carmelo Arden Quin (1913–2010), purchased for the museum by Contemporary@LACMA. In 1946 Quin, along with Gyula Kosice and Rhod Rothfuss, founded the Grupo Madí movement in Buenos Aires.

One of the Madí mottos was "Joy. The Negation of all Melancholy." Madí was both playful and political, a reaction to Perón brutalism and the rationalism of European abstraction and the rival Concrete Art movement, Asociación Arte Concreto-Invención. The origin of "Madí," like "Dada," is unclear. It may be a nonsense word, or an acronym.

Quin was one of the first to use the eccentric shaped canvases that later became a signature of Latin American abstraction. Grupo Madí's manifesto demands "integration of the nonorthogonal framework into representational space."

Plan Bleu is on view near a sculpture by Gyula Kosice, also recently acquired: Hydroactivity (c. 1968). Water sprays inside a plastic hemisphere illuminated by star-like points of blue light. It's an early work prefiguring Kosice's visionary-facetious-utopian "hydrospatial city," to be constructed in space.

Dada lasted about seven years. After 72 years, Grupo Madí is still around, with about 60 active members around the globe. There is a Museum of Geometric and MADI Art in Dallas. 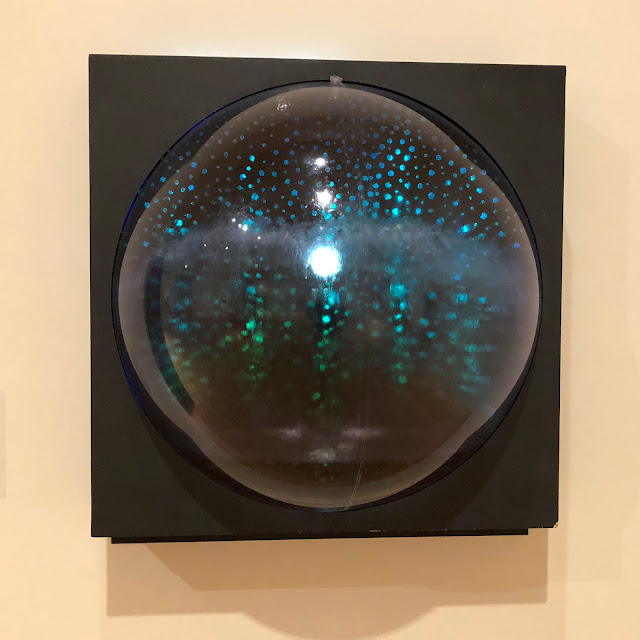 Anonymous said…
I'm glad those two pieces are displayed in the Broad building. Or the main level of the Ahmanson.

I'm glad David Hockney's "Muholland Drive" is hanging next to the Gainsborough.