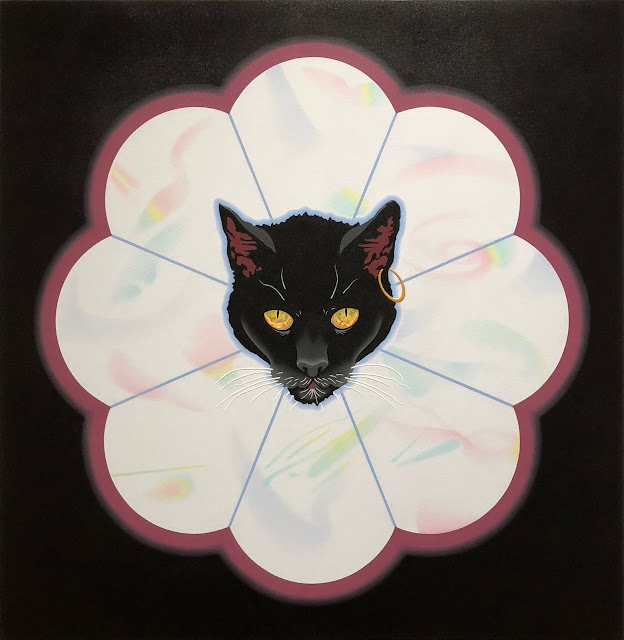 The UCLA Hammer Museum's "Made in L.A. 2018" is the read-the-label biennial. Much of the art is political—a reaction to polarization, Trump, gender, race, and the environment—but you wouldn't necessarily know it unless you read the label. In that it recalls the Hammer's uneven conceptual survey, "Stories of Almost Everyone." But "Made in L.A. 2018" has a higher batting average, with much engaging work.

Several woman painters get mini-retrospectives. At top is Linda Stark's Bastet, 2016, one of a group of posthumous cat portraits. Another Stark, Fixed Wave (2011), has recently been acquired for the Hammer Contemporary Collection. It's sort of Judy Chicago meets Helen Lundeberg in her biology textbook mode, with Stark's update of finish fetish. 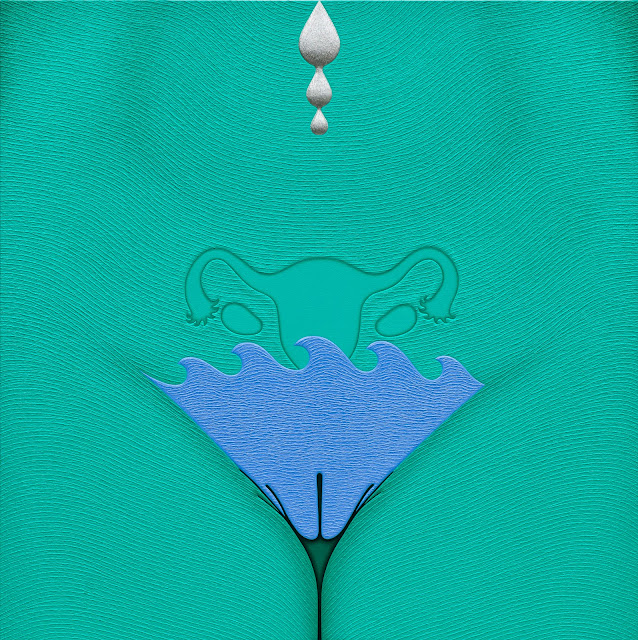 An installation by Charles Long, paradigm lost, goofs on the artist's observation that Mount Baldy tree stumps look something like cross-sections of penises, which in turn look like faces. Quasi-aleatoric versions of works by Munch, Dalí, Giacometti, and Guston make a man cave of modernism. 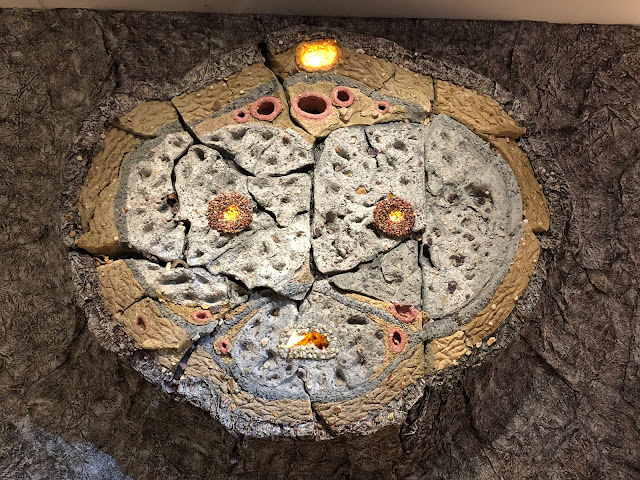 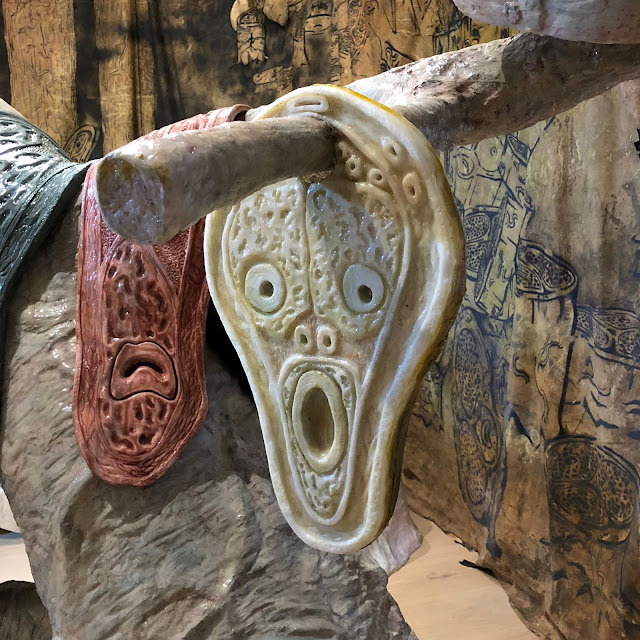 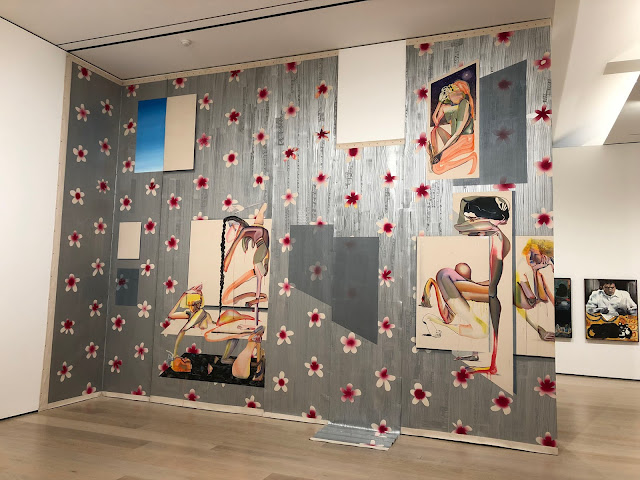 Christina Quarles' large wall installation suggests a Broad-like vault storage of her future oeuvre, with confabulated labels. A few paintings are visible, of weirdos fucking or contemplating the universe. 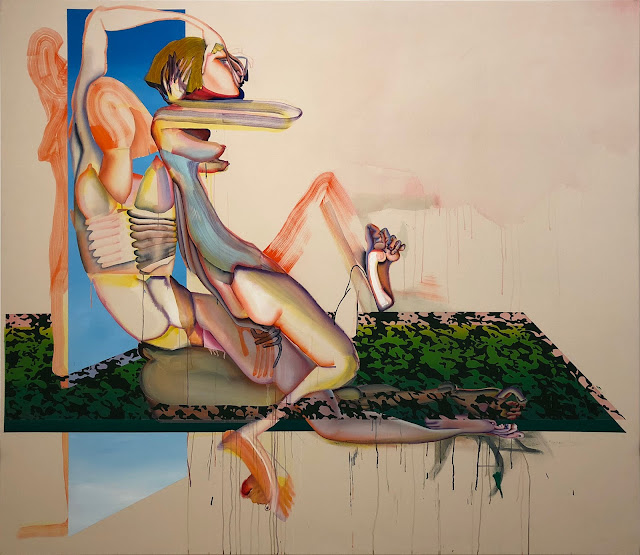 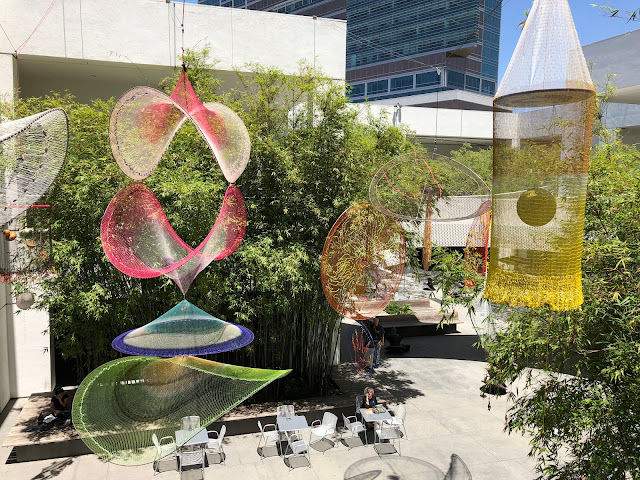 The central courtyard is showing ethereal sculptures by Carolina Caycedo. They are hand-dyed fishing nets augmented with intrauterine devices, hoop earrings, banknotes, and water from the Los Angeles. Read the label, and you learn they're motivated by the politics of privatized water. 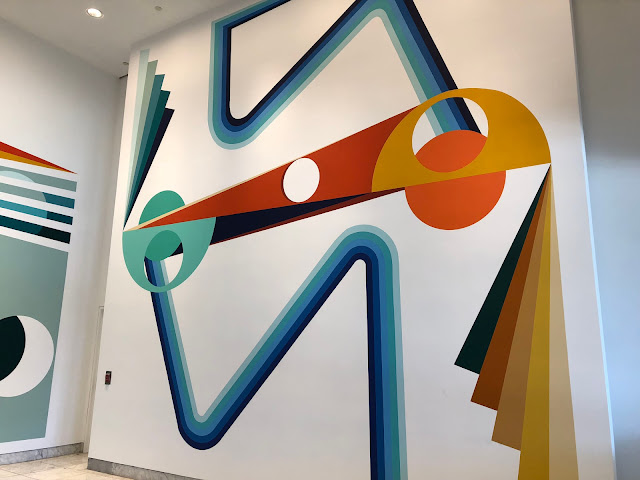 The Hammer's stairwell installation, Eamon Ore-Giron's Angelitos Negros, evokes "spiritual in art" abstraction, WPA murals, and Latin American abstraction. The title refers to a 1943 poem by Venezuelan poet Andrés Eloy Blanco, asking a painter to paint black angels. It was a turned into a song protesting racial discrimination, recorded by Eartha Kitt in 1953. 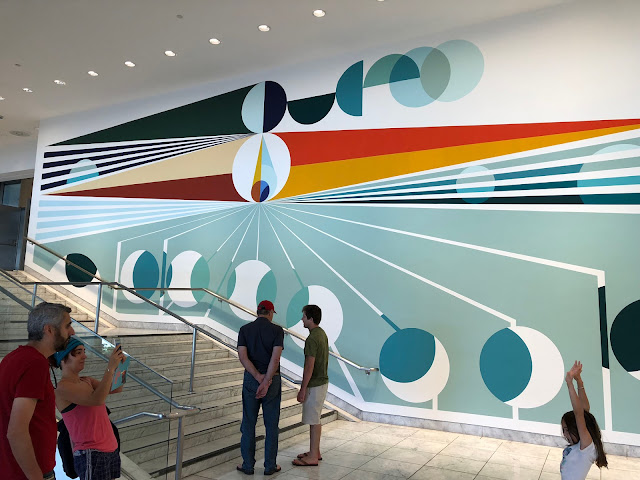 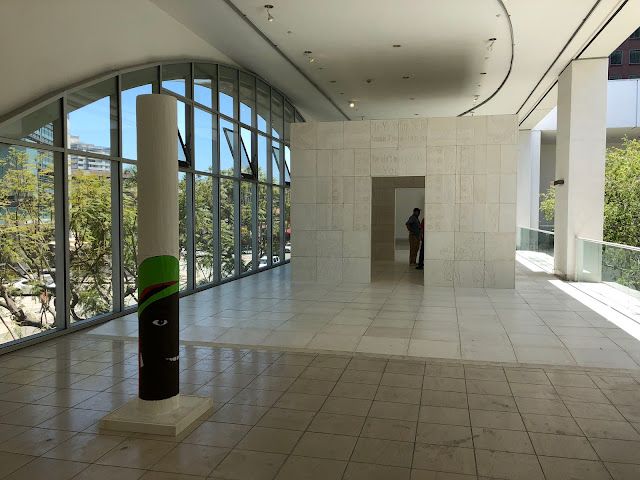 Some "Made in L.A." art seeks to break the fourth wall of the white cube. There's a model for Lauren Halsey's planned urban temple, The Crenshaw District Hieroglyph Project. (Halsey also has a great installation at MOCA Grand Avenue this summer.) 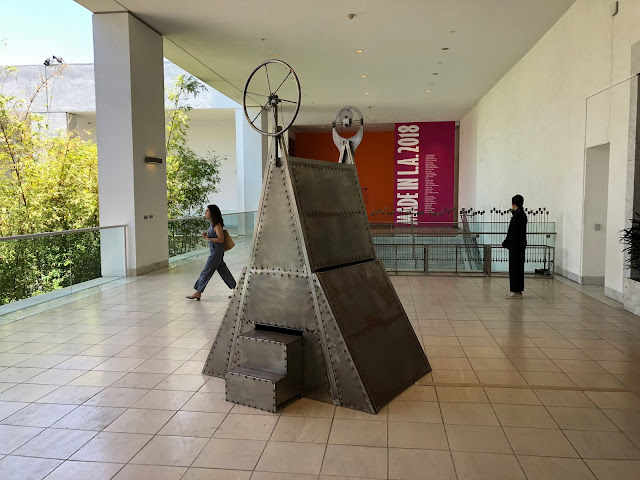 Beatriz Cortez built a replica of Tzolk'in, her Mayan calendar Rube Goldberg machine that's installed near the Los Angeles River in Glassell Park. A remote viewing station lets you see the original in real time. Also on view is Piercing Garden, a kinetic garden that is a metaphor for L.A.'s new crop.

"Made in L.A. 2018" is organized by the Hammer's Anne Ellegood, Erin Christovale, MacKenzie Stevens, and Vanessa Arizmendi. It runs through Sep. 2, 2018. 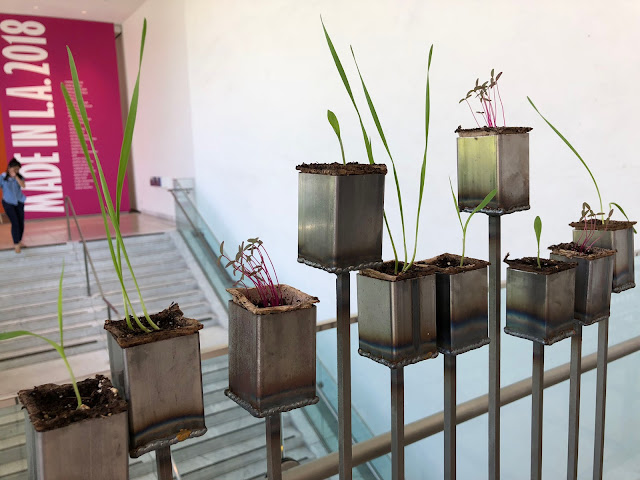