No "Chop Suey" for Seattle, Crystal Bridges… or the Lucas? 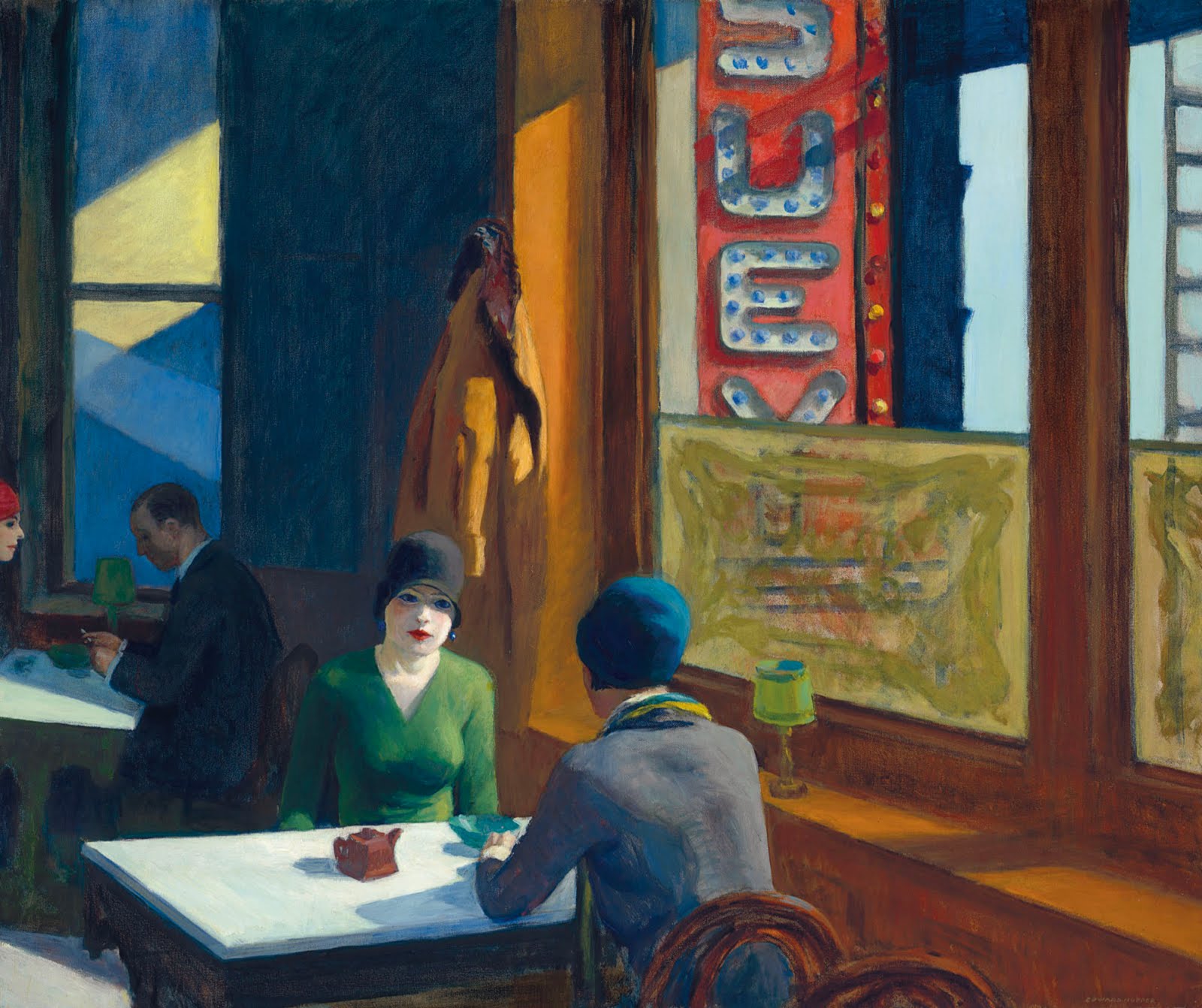 Last week's auction of Edward Hopper's Chop Suey (1929) for a record $91.88 million has sparked conjecture about the anonymous buyer. Christie's chairman Marc Porter fueled the speculation with a remark about how he "hopes to see it hanging again soon." He was smiling. That's the slender reed supporting the theory that Chop Suey is destined for a museum or public institution.

No museum has ever paid anything like $92 million for an American painting. The likeliest candidate might be Crystal Bridges, which has a less memorable Hopper painting of Blackwell's Island (1928). Just after the sale, Lee Rosenbaum asked Crystal Bridges and got a definitive no.

That got me wondering whether it was barely possible that George Lucas and/or his Lucas Museum of Narrative Art was the buyer. Besides spending record amounts for Norman Rockwells, the Lucas Museum recently bought three large panels by Thomas Hart Benton that had been on offer for $20 million.

I asked the Lucas and also the Seattle Art Museum, where Chop Suey had been a promised gift of Barney Ebsworth. There are lots of billionaires in Seattle, and it's conceivable that some banded together to rescue Chop Suey for SAM.

SAM said no. They hadn't bought the painting. Four days later, I'd not heard from the Lucas.

I don't think the Lucas bought Chop Suey. Though the Lucas has lately shown interest in figurative American modernism, Chop Suey's price is twice what George Lucas paid for Rockwell's Saying Grace. That is apparently the most the Lucas or his museum has ever paid for anything.

There are wealthy new museums in the Middle East and China building trophy collections. But Hopper is no Leonardo and is not nearly so well known in Asia.

My best guess is that a private U.S. collector bought Chop Suey and told Porter that s/he might lend it to a museum.
Email Post
Labels: Crystal Bridges Museum Edward Hopper Lee Rosenbaum Lucas Museum of Narrative Art

Anonymous said…
While I wish an LA museum (or any museum for that matter) had purchased this painting, it's probably in private hands now. Honestly, no museum should be paying such exorbitant prices for any painting. These are works of art that are meant for public consumption -- to be analyzed and interpreted. Unfortunately, for some, art is just another commodity to be sold, bought and displayed like a trophy within some millionaire's ostentatious collection.
November 21, 2018 at 7:55 AM