The Wende Museum's "Promote, Tolerate, Ban: Art and Culture in Cold War Hungary" explores a phase of modernism so terrifying that MoMA has no department for it: propaganda. Mass-produced images and state media allowed governments to control minds. The Hungarian government both censored and co-opted the avant-garde. Tibor Zala's pop Lenin was produced the same year (1972) as Andy Warhol's own experiment in cultural appropriation, Mao. 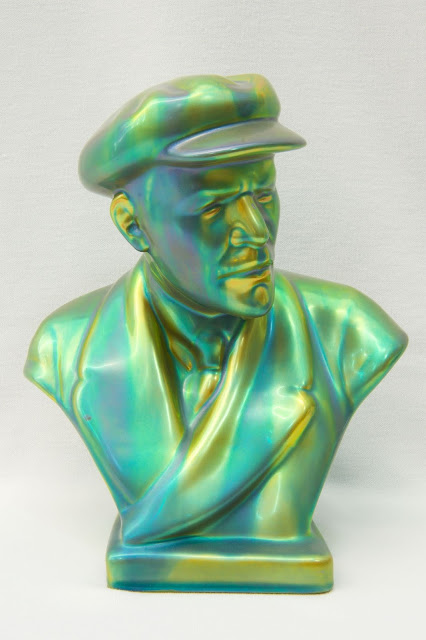 More typical of Hungarian production is a 1983 porcelain bust of Lenin from the Zsolnay factory. The psychedelic glaze had been invented in the Art Nouveau epoch. 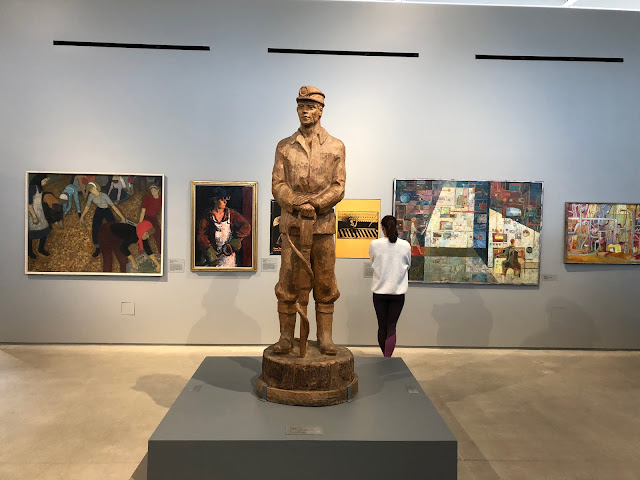 As elsewhere in the Eastern Bloc, post-war Hungarian art often exalted the worker. The wood statue of a Miner (1979) is by István Szabó. Socialist realism was followed by Socialist modernism. György Kádár's Night on the Field (1960s) owes something to van Gogh and to the midcentury painting practiced on both sides of the Atlantic. 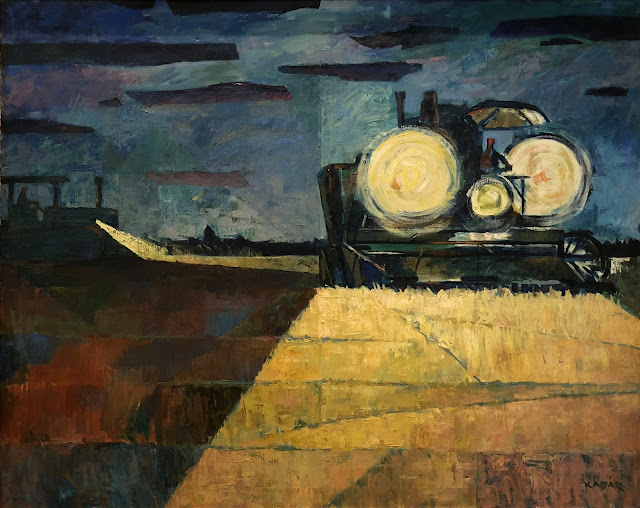 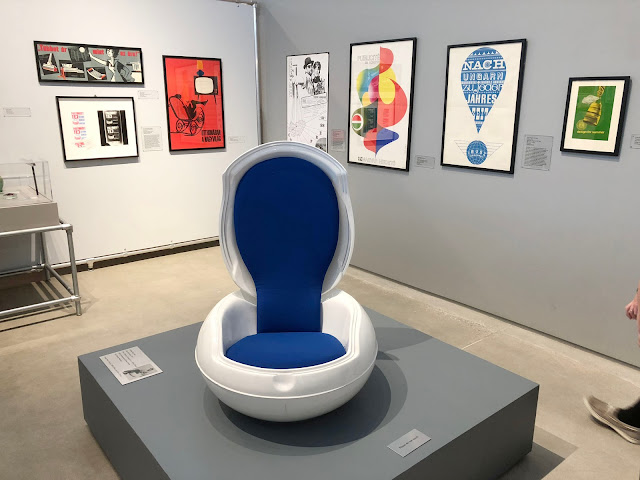 Hungary produced up-to-date ads, posters, typography, and industrial design. Some government-patronized designers were loyal Marxists, others not.  Per Ghyczy's Garden Egg Chair has become a quintessential example of Eastern Bloc modernism. Its provenance is complicated. Hungarian-born Ghyczy created the self-contained chair in 1968 West Germany. Made of space-age polyurethane, its shape evokes a flying saucer. In 1971 production moved to East Germany, where labor was cheaper. This in turn made it unaffordable for most East Germans. It was sold primarily to the West. Today knock-offs are made from Thailand to South America. 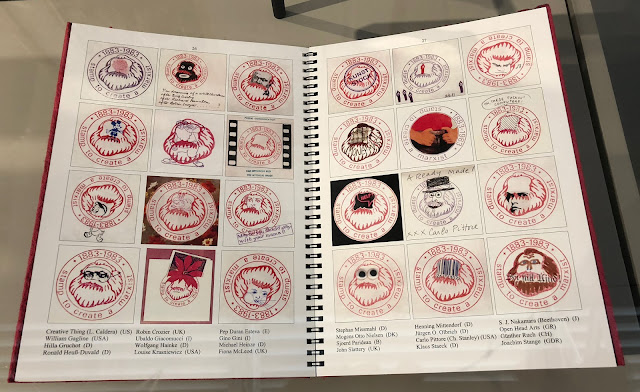 Below, György J. Sazbó's cover art for a 1985 samizdat edition of George Orwell's Animal Farm. Orwell's pig was based on Stalin, and all of Orwell's works were banned in Hungary. 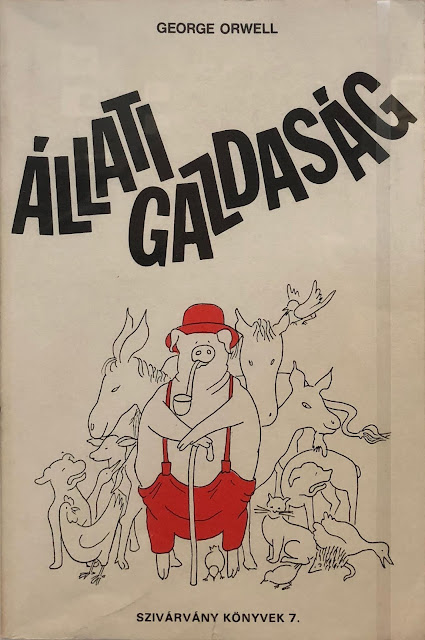