It's Raining Narcissism in West Hollywood 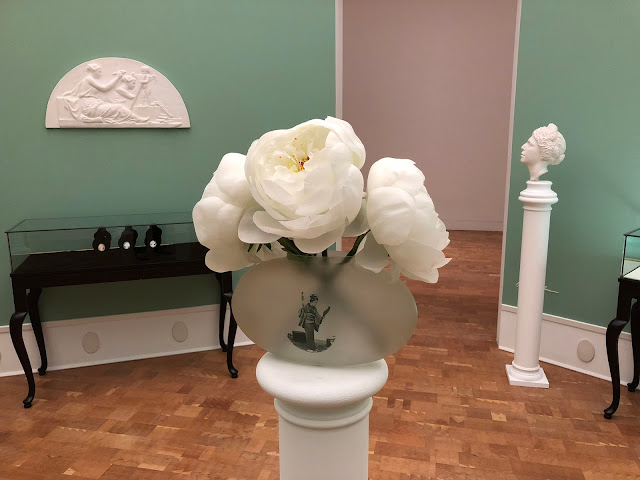 The centerpiece of MOCA Pacific Design Center's "Décor: Barbara Bloom, Andrea Fraser, Louise Lawler" is Barbara Bloom's The Reign of Narcissism (1988-89). Commissioned for MOCA's 1989 show "A Forest of Signs: Art in the Crisis of Representation," Bloom's hexagonal faux-"period room" has, like certain jazz musicians, been more appreciated in Europe. It hasn't been on view at MOCA in over 20 years.

The Reign of Narcissism? We're soaking in it. Today it's hard not to think about Trump Tower (opened 1983) when viewing Bloom's kitsch evocations of art history and "good taste," signed with Bloom's omnipresent brand. 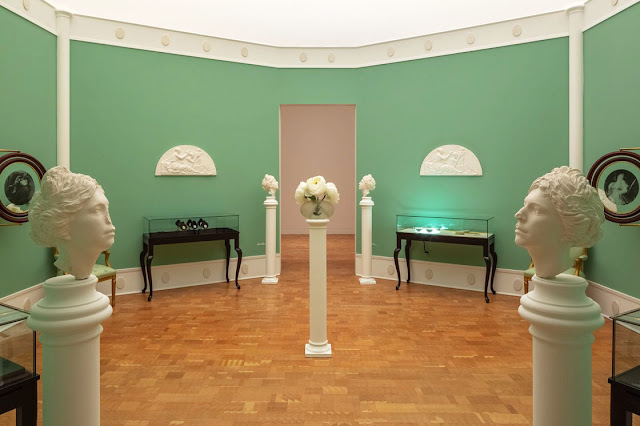 You won't get an answer to that question at the Smithsonian's National Air and Space Museum, which is now showing a literal recreation of the 2001 hotel room, by artist Simon Birch. That has become another selfie-museum feeding frenzy, with timed tickets. Incidentally, Hallmark is planning a HAL 9000 Christmas ornament.

The irony is that 80s PoMo was faulted for its irony and obsession with pop culture. Bloom (who studied under John Baldessari at CalArts) has always been among the most subversively funny of the Pictures Generation. These days, Bloom looks dead serious. 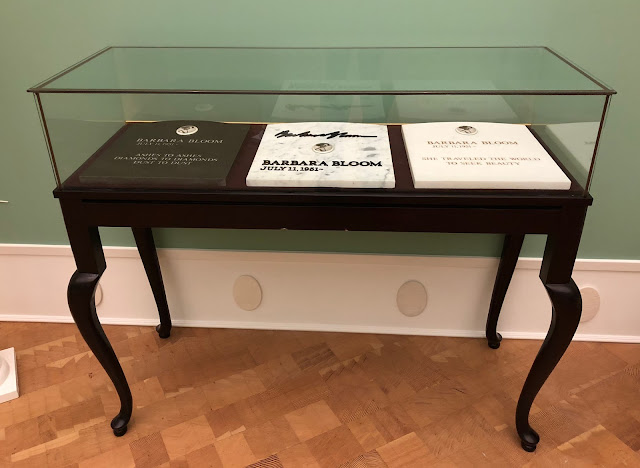