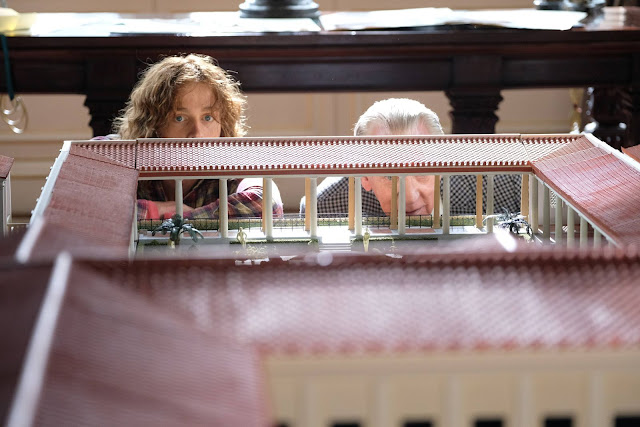 Among the twists in the season finale of Danny Boyle's FX series Trust (spoiler alert, etc, etc.) is that J. Paul Getty tries to buy the Elgin Marbles from the British Museum.

Trust's Getty (Donald Sutherland) offers a half billion dollars for the Elgin Marbles, adding that he has inside information that Greece will soon demand they be returned. He goes so far as to write a check, which the British Museum returns. 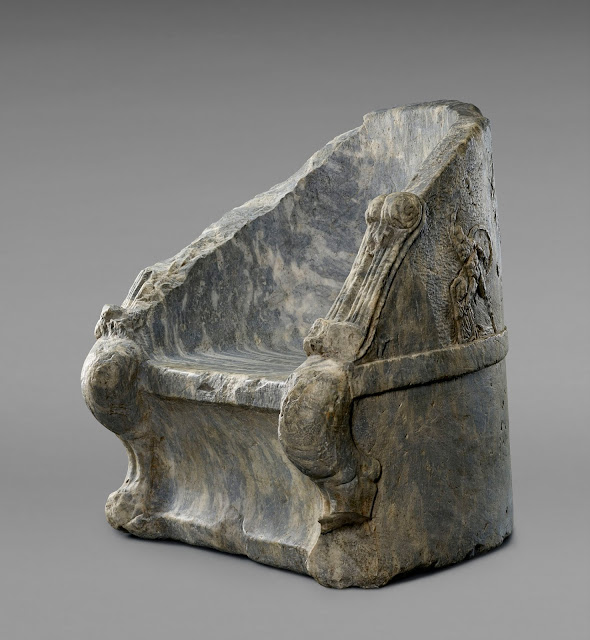 The Elgin Marbles subplot must allude to the to the Getty museum's freewheeling acquisition policy in the 1980s, after Getty's death. But no, Getty never tried to buy the Parthenon marbles. It's hard to imagine him paying $500 million for anything (he was worth "only" about $1.2 billion, and he was cheap). Greek demands for repatriation of the Parthenon marbles stepped up in 1982, after actor Melina Mercouri became Greek Minister of Culture.

The real-life J. Paul Getty did acquire several so-called Elgin marbles, though. They are not the notorious masterpieces pried from the Parthenon but rather other Greek sculptures that remained in Elgin's family collection through the 20th century. One is the Elgin Kore, a fragmentary work of Archaic sculpture. Another is the Elgin Throne of the third century BC (shown above). 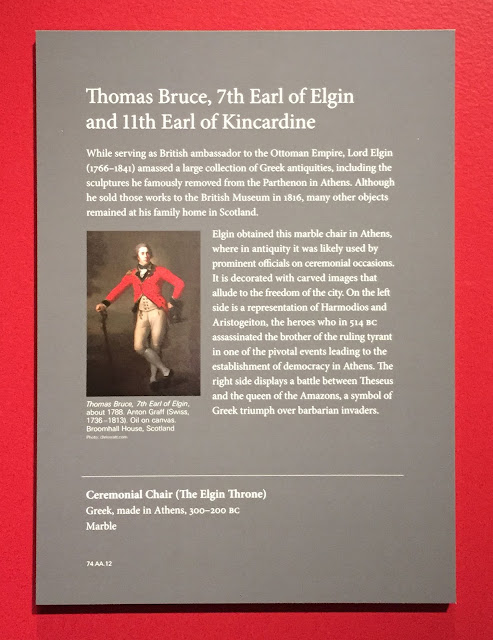 The Trust finale also has a scene in which Getty throws a tantrum at bad reviews of his Malibu museum, smashing the architectural model of the Villa. The Villa did get bad reviews at its 1974 opening. "It's perfectly horrid," began the New York Times write-up, quoting a visitor. The Times also cited an unnamed art critic as saying that the museum "outstripped any existing monument to expensive, aggressive bad taste, cultural pretension and self‐aggrandizement south of Hearst Castle."

The extent of Getty's real-life reaction, so far as we know, is that he spoke of closing the Malibu museum and moving it to Minneapolis (his city of birth). In some quantum multiverse, there's a Peristyle Garden drifted with snow.

The most debated instance of Trust's creative license is having John Paul Getty III (Harris Dickinson) orchestrate his own kidnapping in order to get money from his billionaire grandfather. Getty III's real-life sister, Ariadne Getty, strenuously denied this and threatened to sue FX.

While Trust's take on the kidnapping isn't verifiable, neither is it a new invention. A 1974 People magazine profile indicates that J. Paul Getty wondered about the possibility of a hoax (and worried he might become a kidnapping target himself). Wrote People,

"Seeing the old man in his castle, sealed behind electric gates, ringed by double fences topped with barbed wire and surrounded by bodyguards, 25 prowling attack dogs and a motley, silent retinue of servants, it is hard to remember that Getty is not really a prisoner.… One unwary visitor who rose during the night to go to a bathroom down the hall was nearly set upon by the guard dogs roaming the corridors.

"Lately the mood around the place has seemed even gloomier than usual, reflecting the master’s fears and suspicions.… Not long after the kidnapping Getty was walking through his gardens with an associate. 'You don’t suppose the boy and his mother did this as a way of getting money out of me?' he asked. The associate was stunned. 'Sir,' he replied, 'wouldn’t it be wrong if they had to go to those extremes just to ask money from you?' 'You’re right,' the old man said and walked on. 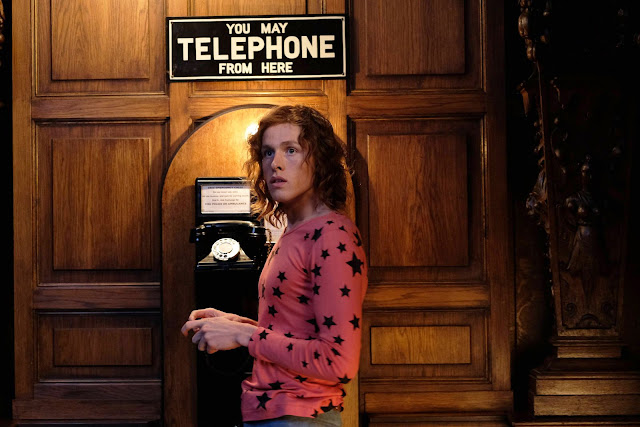 Anonymous said…
I don’t believe they really captured what was so interesting about Getty. This megalomaniac Getty seems far less interesting than the cheap Getty who just didn’t give a flying fk about impressing critics, and who was satisfied with bad art, knock-offs, good prices and installing a pay phone in his mansion.
October 9, 2018 at 8:05 PM