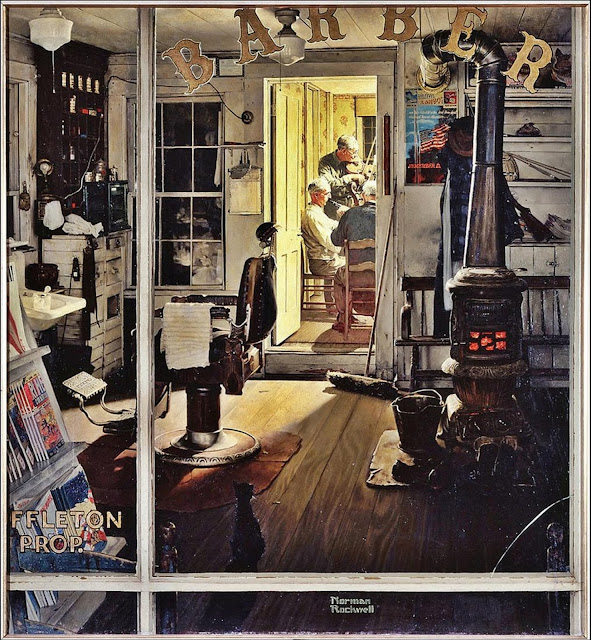 In an attempt at damage control, the Berkshire Museum's website now has a page explaining the deaccessions. One comment is sure to exasperate critics: "We pulled [Norman Rockwell's Shuffleton's Barbershop]  from auction and agreed to accept a significantly lower price through a private sale that keeps this important work on public display." The Rockwell was purchased by the Lucas Museum of Narrative Art.

This confirms surmises that the Lucas got a bargain, perhaps paying around $29 million. That's well under Rockwell's auction record, for a work that the artist's family considered his best. 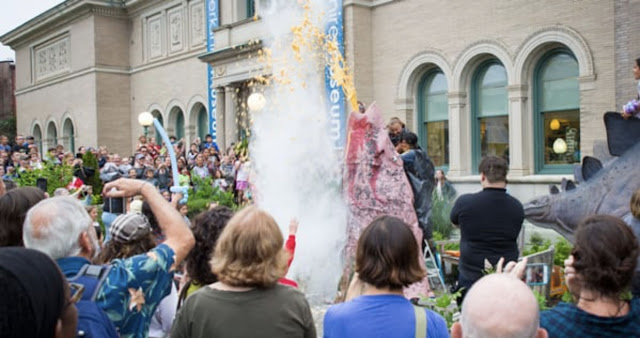 The Berkshire is selling the cream of its art collection to fund a make-over that will place more emphasis on interactive science exhibits. A photo on the deacessions page seems to offer a hint at what's in store: a pink volcano spewing lava. I guess those things don't come cheap.

Meanwhile the Berkshire Eagle's Larry Parnass wonders whether the Lucas also bought the Berkshire's other Rockwell, Blacksmith's Boy–Heel and Toe, also known as Shaftsbury Blacksmith Shop. That was auctioned for its low estimate of $7 million to an unknown buyer. Parnass contacted the Lucas and Crystal Bridges to ask whether they'd bought it. Crystal Bridges said no. The Lucas, via spokesman Paul Hernandez, said "As for Blacksmith's Boy, we have no comment."

Anonymous said…
I notice certain compositions done by Rockwell, now owned by Lucas and originally created for covers of the Saturday Evening Post, are somewhat marred by double horizontal black lines inserted by the artist to sync with the format of the magazine's logo. Graphic and print capabilities in the past weren't quite as slick and easy before the existence of Windows Word, Photoshop, Adobe Illustrator, etc.