A Purple Tornado at LACMA 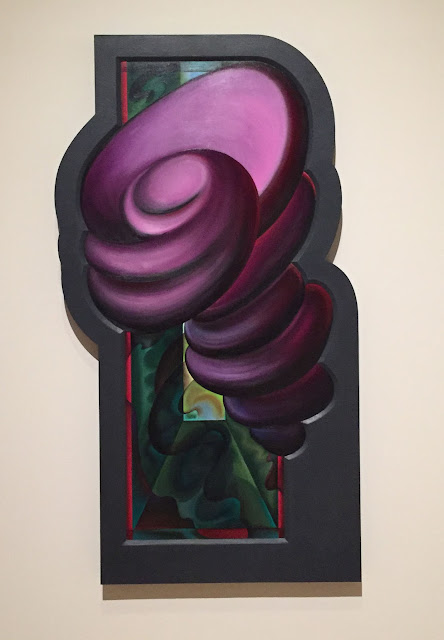 LACMA's American galleries have recently put on view Whirling Forms (1935) by the unclassifiable Abraham Joel Tobias. A recent gift of the Carolyn Tobias estate, it's a purple tornado poised chronologically between John Steuart Curry's Tornado Over Kansas (1929) and MGM's The Wizard of Oz (1939). Enclosed in a shaped canvas/frame, and more "post-modern" than American Scene,  it's sure to spark interest in the artist. Who was this guy?!?
Nearby is a significant Abstract Expressionist painting LACMA hasn't shown in recent decades, so far as I know. Any guesses who created it? Scroll down for the answer. 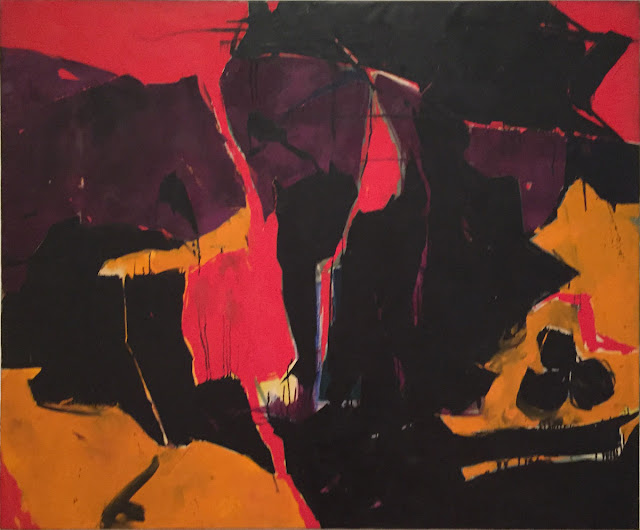