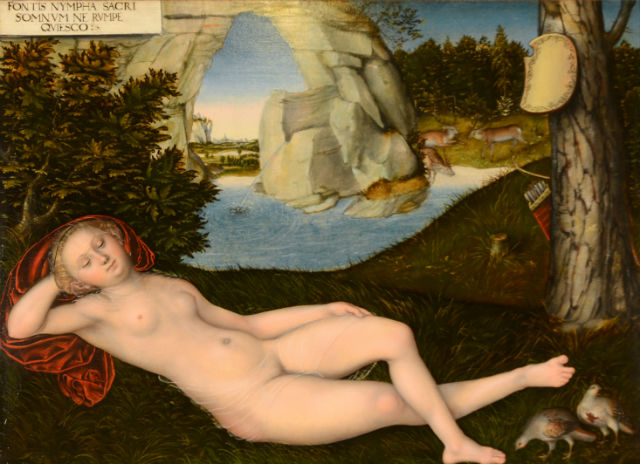 The San Diego Museum of Art has bought a Nymph of the Spring by Lucas Cranach the Younger. That's the son of the more famous Lucas Cranach the Elder and thus not the Cranach that museums normally covet. Lucas the Younger was employed in Dad's workshop and helped copy popular compositions.

That's the case here. The Nymph was a German Renaissance centerfold, repeated endlessly with slight variations in the landscape. SDMA Director Roxana Velásquez suggests that the figure and her delicate veil were done by Cranach the Elder. In any case, SDMA does not have many Northern Renaissance paintings to match its Italian works. Velásquez rates Spring the Museum's most important painting of the Northern Renaissance.