The Hammer Goes Big (and Green)

The UCLA Hammer Museum, which has just announced gifts from Lynda and Stewart Resnick ($30 million) and Marcy Carsey ($20 million) has an online brochure touting its $180 capital campaign and refurbish by Michael Maltzan. Edward Larabee Barnes' chilly marble will be warmed up—and covered up—in greenery. Below is a rendering of the new entrance, to be called the Lynda and Stewart Resnick Cultural Center. 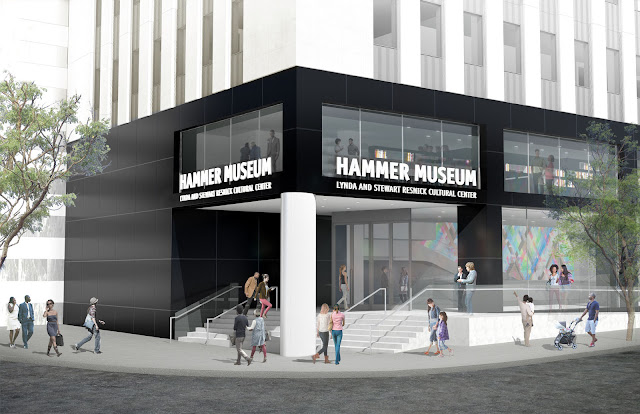 The brochure claims annual attendance has increased almost five-fold (from over 50,000 in 2000 to 250,000 in 2015); staff has doubled and budget has quadrupled in a similar period; the contemporary collection has increased ninefold (to about 2700 works). In all the Hammer says it has over 50,000 objects in its collection, "the third largest in L.A., after LACMA and the Getty." Most of that is the Grunwald Center collection of over 45,000 works on paper.

The map of the ground floor shows the location of the new contemporary gallery (D) and the outdoor terrace (E). 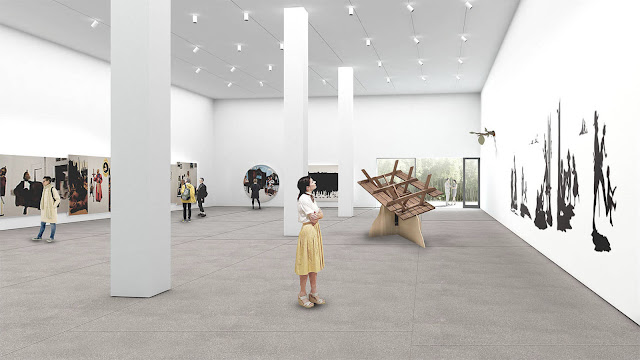 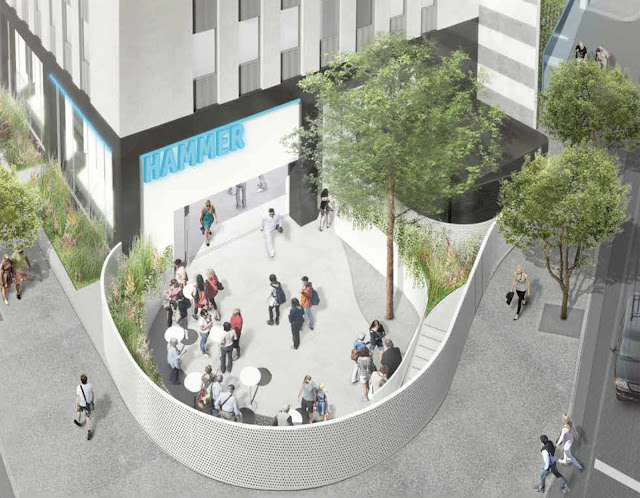 Below, mission statements from the Hammer and Bruce Nauman. 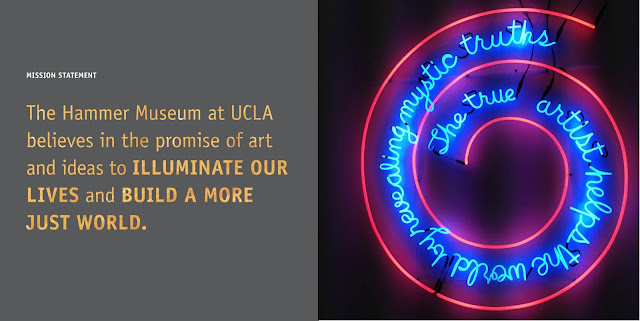