Grandfather Was a Self-Made Hairdresser 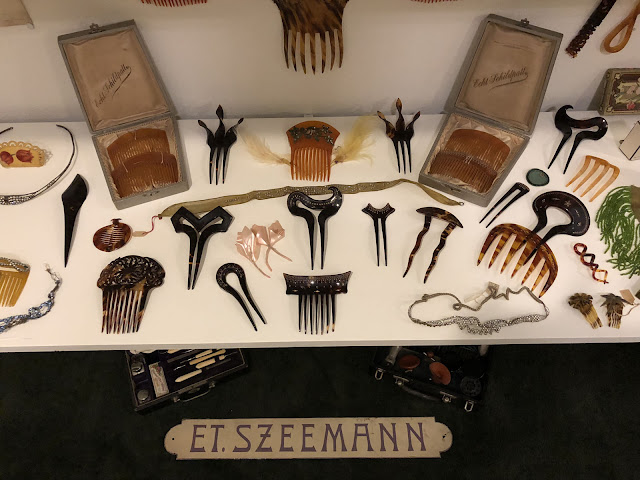 The Institute of Contemporary Art LA has just opened a meticulous re-creation of curator Harald Szeemann's pivotal 1974 exhibition "Grandfather: A Pioneer Like Us." It's an immersive installation of artifacts belonging to Szeemann's grandfather, a "self-made master hairdresser." "Grandfather" was to curators what Duchamp's urinal was to artists. Anything the curator chooses can be a show.

Szeemann had already invented the shock-and-awe theory of bienniales. He made his name with documenta 5, the fifth incarnation of the Kassel, Germany survey of contemporary art that is held every five years. Szeemann's documenta spanned the globe, disrupting multiple hierarchies and emphasizing works/performances created expressly for the exhibition. That is the norm for any Whitney or Hammer biennial nowadays. In 1972 it was subversive. 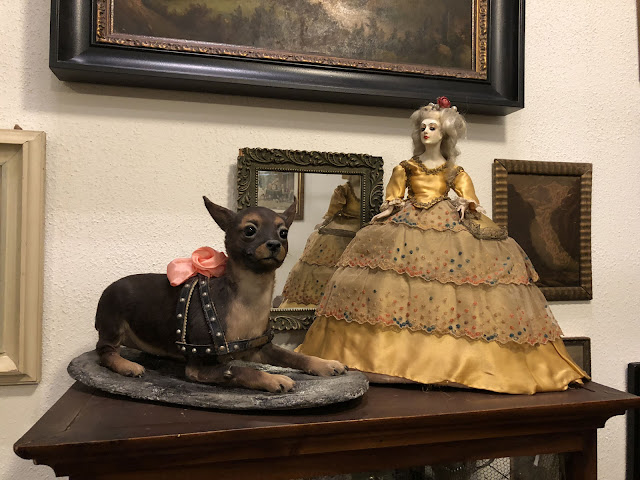 After that Szeemann was as hot as he could ever be. His unlikely follow-up was an exhibition devoted to the life of his late grandfather Étienne. It was staged in Harald's former apartment in Bern. 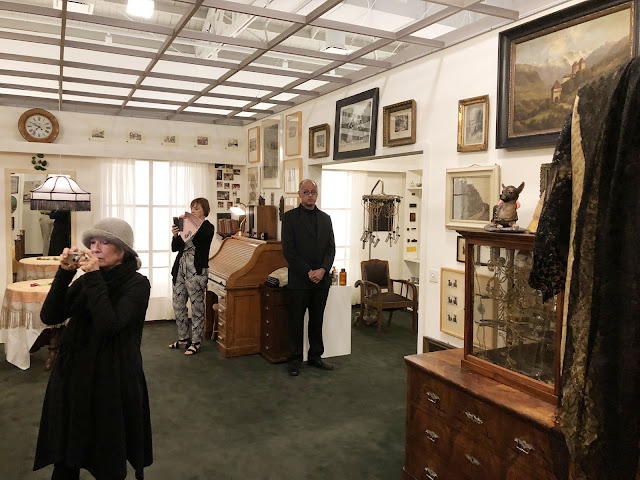 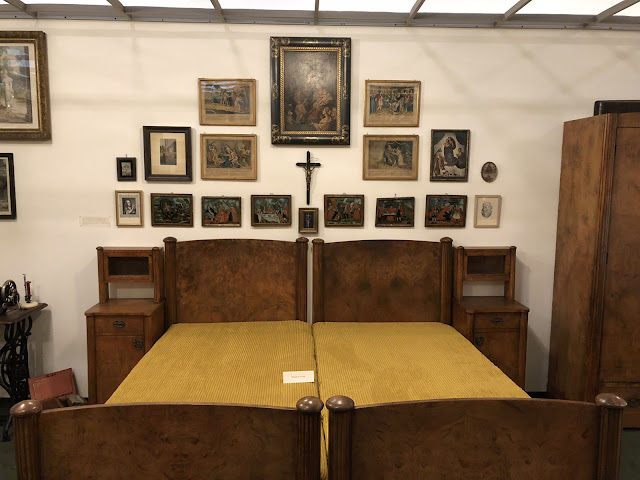 Why? Many asked that in 1974, and many will in 2018. "Grandfather" is less about hairdressing than the social contract of an art display. "When the element of intimacy is removed," said Szeemann, "museums or the art business begin to get annoying."

"Grandfather" anticipated the now-familiar sort of installation art that plays at being an exhibition or museum display. We can identify as "Szeemannesque" Jim Shaw's Wig Museum and the Marciano's room of Masonic artifacts; David Wilson's Museum of Jurassic Technology 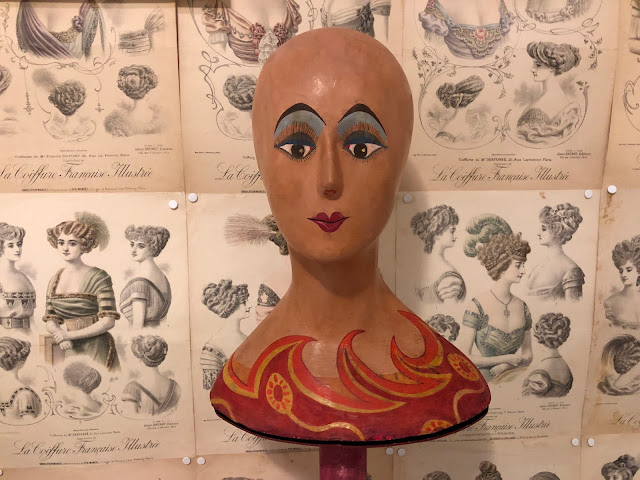 Most shows re-creating influential past exhibitions struggle with the fact that many original objects have been lost, can't be traced, or won't be lent. Fortunately Szeemann kept almost everything, and his archives are now housed at the Getty Research Institute. They have lent most of the objects, the Bern originals. The ICA LA has constructed a to-scale stage set of the Bern apartment's floorpan within its main exhibition space. 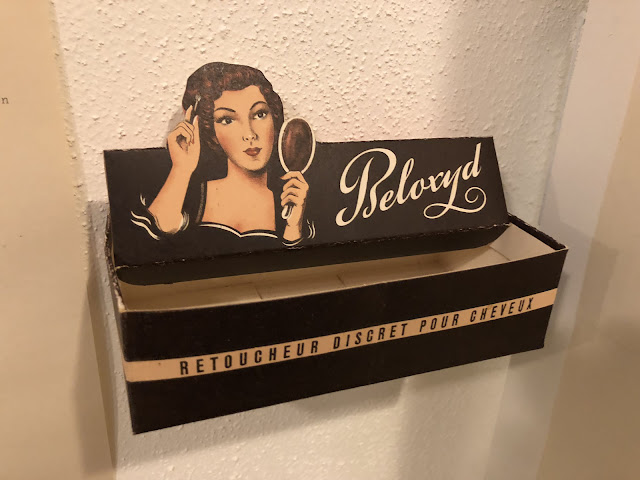 One hall includes meta-commentary from family members, folding the comment board into the exhibition. François Szeemann told Harald: "I liked Grandfather, but I don't have any illusions. You are just as egotistical as him. When he was alive you never cared about him much. But now you are doing an exhibition."

The Getty Research Institute will present a companion exhibition of its Szeemann holdings, "Harald Szeemann: Museum of Obsessions" (Feb. 6–May 6, 2018). After the two L.A. shows close, they will effectively merge and travel together to Bern, Düsseldorf, Turin, and New York.

Below, a mannequin-bust displaying "The Beautiful Hen," a Louis XVI coif. It's a bird, it's a ship, it's a hairdo. Any questions? 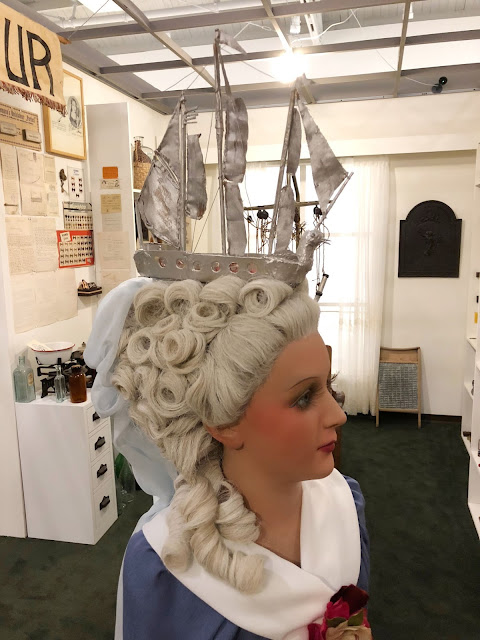 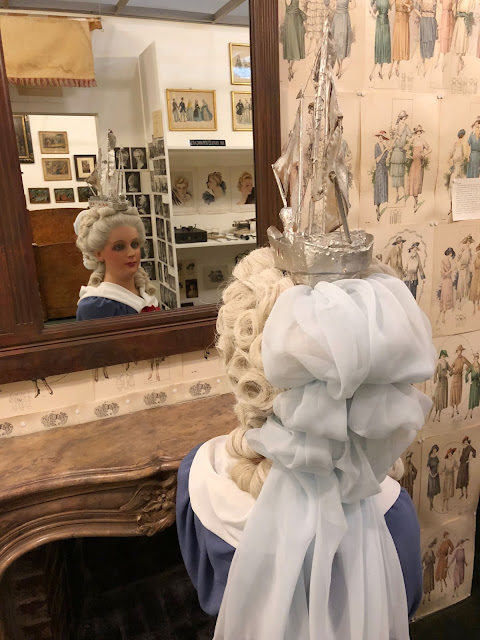 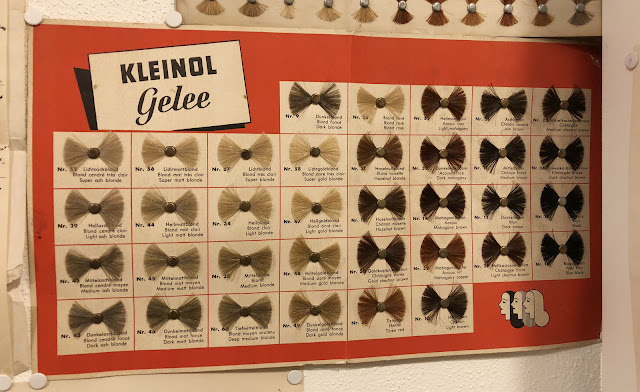 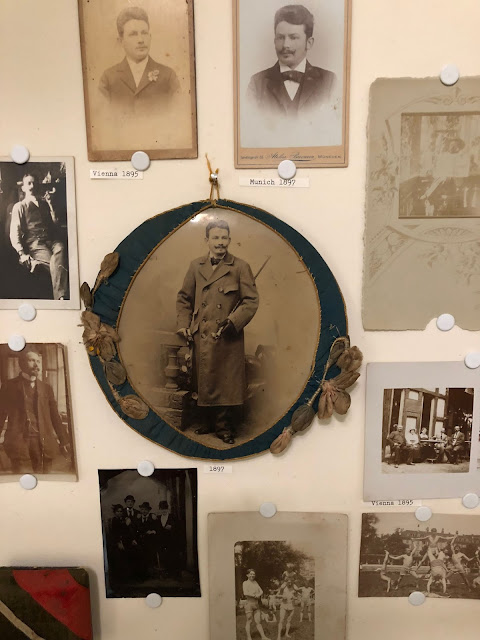 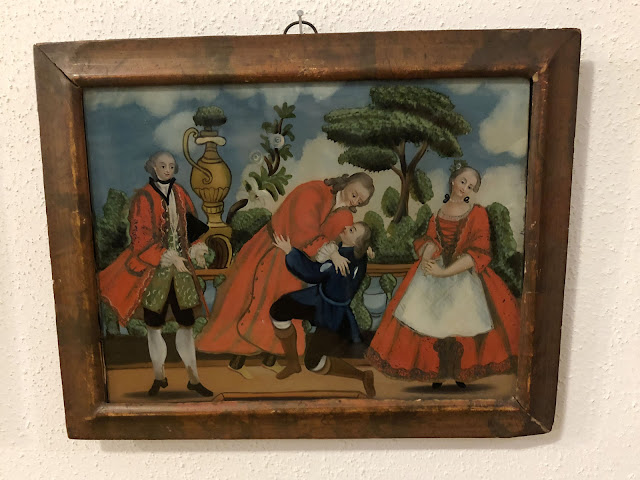 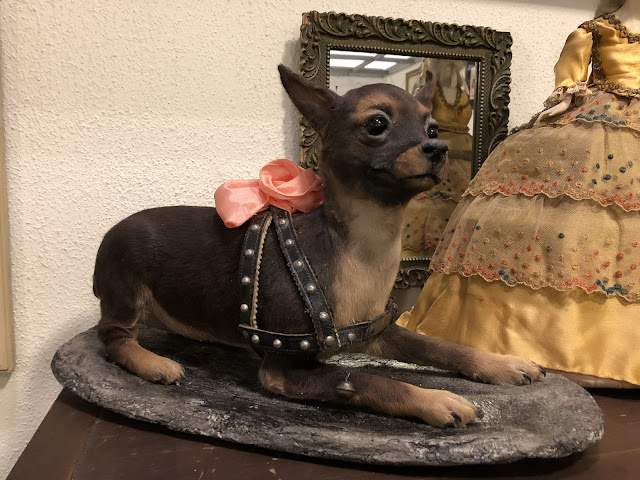 Anonymous said…
Worst aspect of that exhibit? No, it's not the overly self-referential and self-indulgent nature of the presentation. It's the stucco walls!
February 5, 2018 at 12:51 PM