Meleko Mokgosi at the Fowler 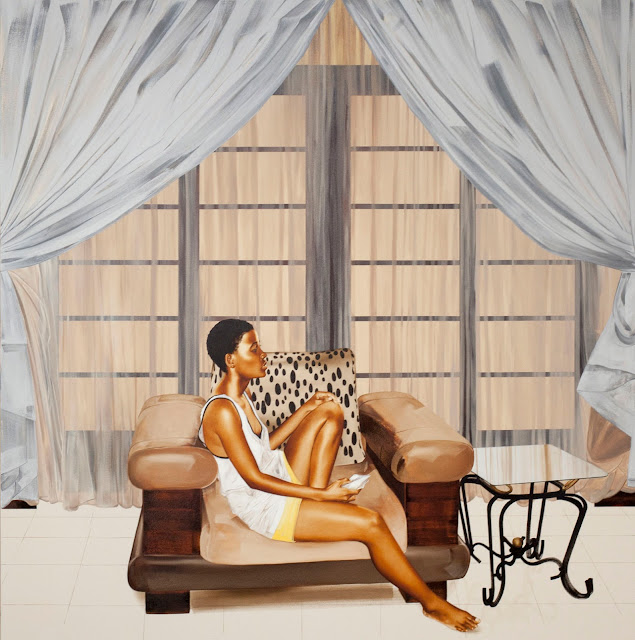 As the Hammer gears up for "Made in L.A. 2018," UCLA's Fowler Museum is revisiting a 2012 Hammer biennialist, Meleko Mokgosi. Six years ago Mokgosi made an impression with large-scale history paintings of his native Botswana. The Fowler's "Meleko Mokgosi: Bread, Butter, and Power" (through July 1, 2018) is an immersive salon machine. Twenty large paintings are hung on four walls of a shoebox-shaped gallery. As in a 19th-century novel the ambitious theme, of inequalities of gender and income, is explored through a sprawling cast of characters.

UCLA-trained and now a New Yorker, Mokgosi works on unprimed canvas, creating a illusionistic Botswana dissolving at the fringes into gestural abstraction. 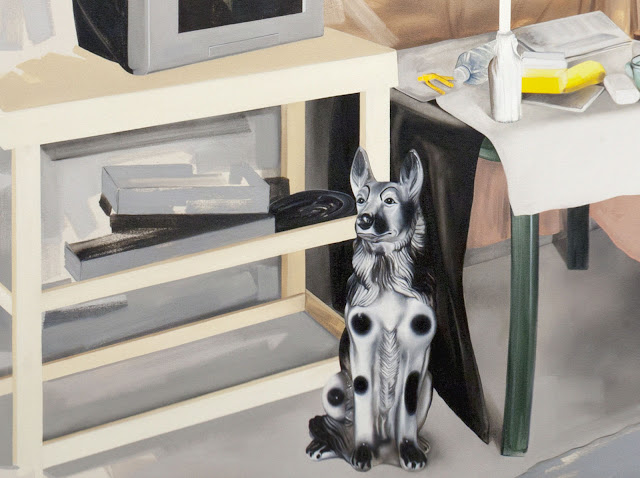 Most panels are based on snapshots, news photos, or school photos. Many have still-life elements and allusions to art history. A boy in a wicker chair parodies Blair Stapp's photo of Black Panther co-founder Eldridge Cleaver (an image that is also appropriated in the Marvel Studios Black Panther). We're not in Oakland, or Wakanda, anymore. 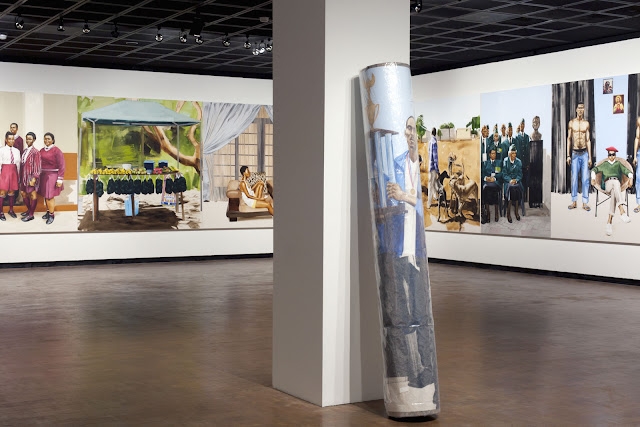 Below, a superflat panel incorporates Harriet Tubman (upper left); UCLA Black Panther Angela Davis, in her Samuel Fosso portrait (middle right); two amorous ladies; a Victorian marble bust said to be Mary Seacole, Jamaica's Florence Nightingale (and now at the Getty); plus a poster you can pick up for free at the Fowler bookstore. 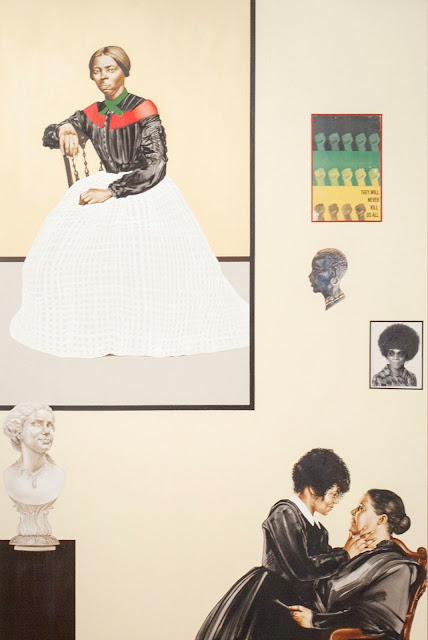 Anonymous said…
Mokgosi is very impressive. He has mad technical skills and a creative flair that's more appealing than what's done by plenty of realistic-figurative artists. His works tell a story as much as what will be in - and is favored by - the Lucas Museum.

The single Chuck Close painting at the Broad seems to be one of its more popular pieces. A Mokgosi there would probably grab a similar level of interest from visitors.
February 22, 2018 at 8:55 AM