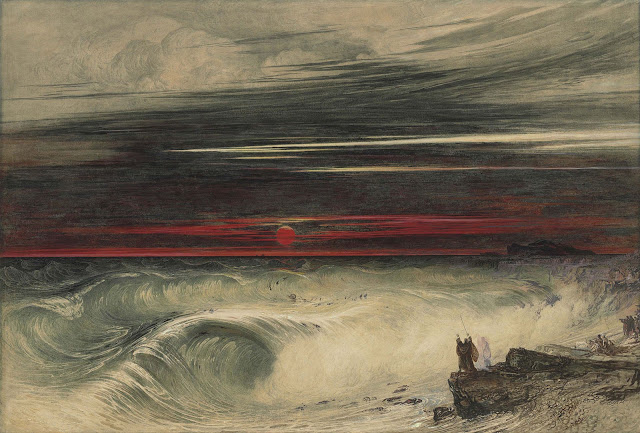 Britain has placed a temporary export bar on John Martin's watercolor The Destruction of Pharaoh's Host (1836). It's one of the group of 16 major European drawings the Getty bought from a U.K. private collection last summer. All but three are now on view at the Getty. 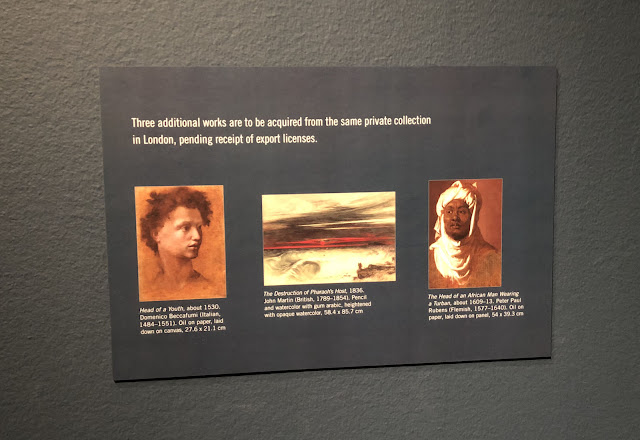 The Getty is also seeking export licenses for drawings by Rubens and Domenico Beccafumi. Neither is presently listed on the Arts Council Reviewing Committee website.

Meanwhile the Huntington has acquired another large British watercolor, Edward Burne-Jones' The Nativity (on view in the Huntington Gallery's works on paper room through Mar. 19, 2018). Nearly five feet high and displayed in a gilt frame of the artist's design, it's an 1887 study for a William Morris stained-glass window in St. Philip's Cathedral, Birmingham.

Pre-Raphaelites and Picasso aren't generally mentioned in the same breath. But The Nativity's hue and mannerist exaggeration weirdly evoke Picasso's Blue Period of about 15 years later.