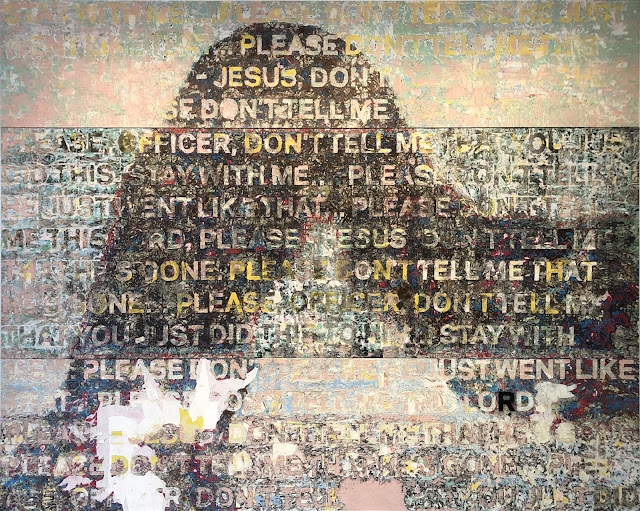 The Hollywood Reporter says music producer/Apple exec Jimmy Iovine and wife Liberty Ross have bought Mark Bradford's 150 Portrait Tone as a gift to LACMA. That's the monumental (20-foot high) painting that's been on view at the entrance to the Resnick Pavilion since October.

Bradford's painting is based on the 2016 police slaying of Philando Castile, a black man who was pulled over in a Minnesota traffic stop and shot seven times as his fiancée (Diamond Reynolds) and her four-year-old daughter looked on. Reynolds live-streamed Castile's death on Facebook. Iovine calls 150 Portrait Tone "Mark Bradford's Guernica."

Pick your own analogy, but Castile's death has become the stuff of history painting for L.A. artists of color. Henry Taylor did a very different Castile painting, The Times They Aint a Changing, Fast Enough! (below), that was shown in last year's Whitney Biennial. 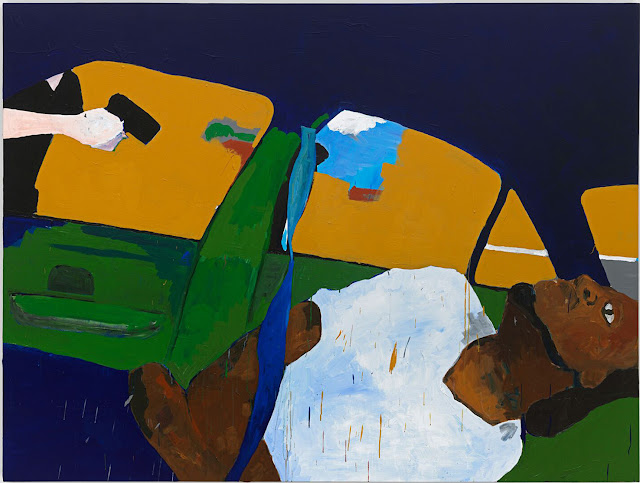 Incidentally, the Hollywood Reporter mentions that Iovine has commissioned Ed Ruscha to produce a Trumpishly dystopian update of his 1987 painting Our Flag. The new painting, to be titled Our Flag, 2017, will have the banner in tatters.

Anonymous said…
So happy to see that LACMA aquired this painting -- very thought-provoking and moving.
February 15, 2018 at 8:06 AM