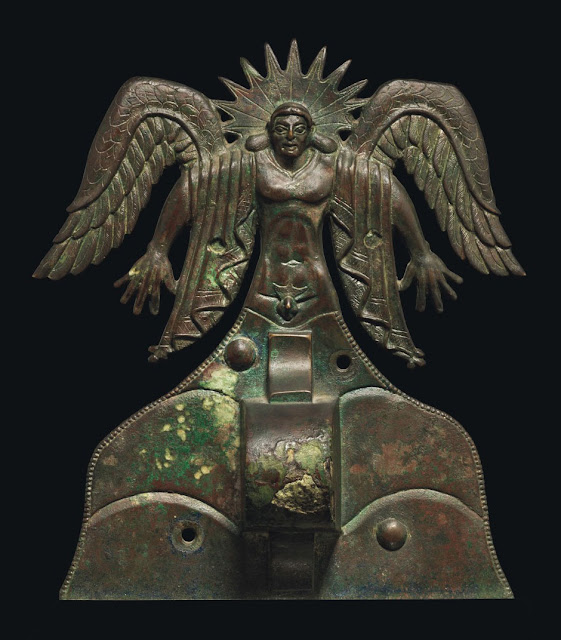 The Getty Museum has acquired an Etruscan bronze appliqué of the sun god Usil (500–475 BC) that ranks among the best of its kind. It was auctioned at Christies last December for £296,750 ($412,000), nearly nine times the high estimate. There aren't many museum-quality antiquities with clean provenance still out there.

The Etruscans were renowned for their bronze casting (as in the monumental Chimera of Arezzo that was shown at the Getty Villa in 2009). Though only 8 inches high, the Usil is a compendium of Etruscan art, iconography, and metalworking. The body is as graceful as it is rigidly frontal, merging into an abstract base that seems almost art-deco. The base probably represents ocean waves. The rays behind the head are of course the sun's. Hands, sometimes as expressive as faces in Etruscan art, are larger than the head.

The Usil is described as the best-preserved of a group associated with the Tomb of Quadrigi, Vulci, discovered in 1845. All would have decorated a wooden chariot or funeral cart. Sylvie Bonneau-Arfa, daughter of the Persian ambassador to Russia, acquired the Usil in Monte Carlo in 1920. It was Bonneau-Arfa's descendants who auctioned it.

The Getty has lately added a few antiquities in anticipation of the Villa's reinstallation (to be complete April 18). Usil will be featured in a room devoted to Etruscan art. 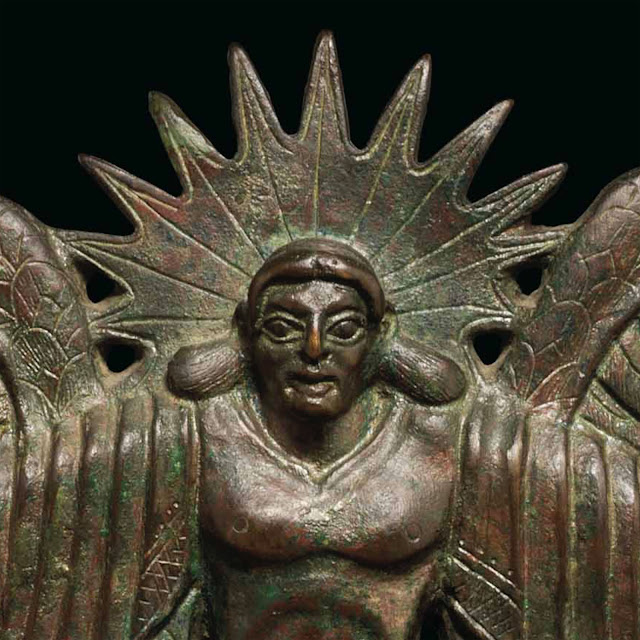 Anonymous said…
The Getty is killing it with these awesome acquisitions!!
February 8, 2018 at 10:44 AM

Colby Stearns said…
That is stunning! I look forward to seeing it once they're finished renovating the Villa! :)
February 12, 2018 at 10:11 AM