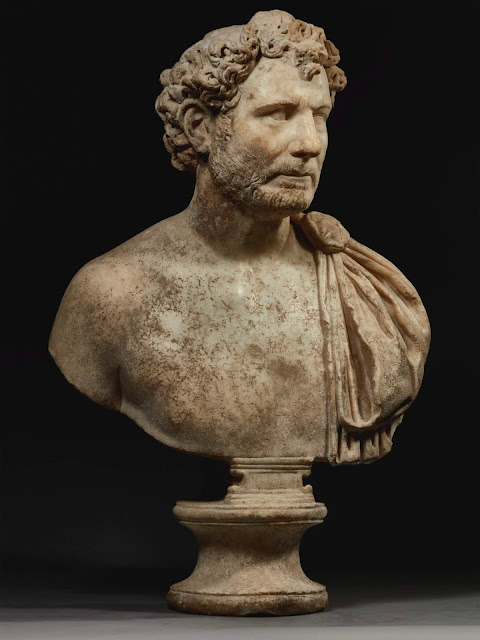 It's unusual for an encyclopedic museum to sell a major antiquity, something increasingly hard to buy at any price. The sale proceeds went to buy other art for Denver. The DAM does not have an antiquities department and has in recent years focused on Spanish Colonial and Western American art. 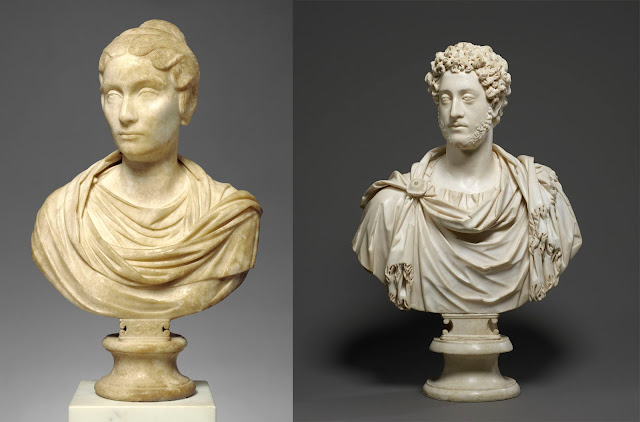 Roman naturalism reached its peak during the 2nd-century Antonine dynasty. The Portrait Bust of a Man is nearly contemporary with a well-preserved female portrait of similar format in the Getty Villa collection. It's  a generation or two earlier than the Getty's AD 180-185 Bust of Emperor Commodus, last of the Antonines (above right). Such works were influential in the Renaissance. Antico's bronze Bust of a Young Man, at the Getty Center, is based on an Antonine marble.

Like Commodus, the new bust's unknown sitter wears a military cape with brooch. That probably means he was an aristocrat who did a short term of duty, maybe to further a political career. Sotheby's said the tips of the nose and beard are restored. The round socle is the ancient original; counting it, the bust is 30 inches high.

Portrait Bust of a Man, set to go on view in July, is one of several antiquities lately acquired for the reinstalled Villa, including an Etruscan bronze and a Roman theatrical relief. 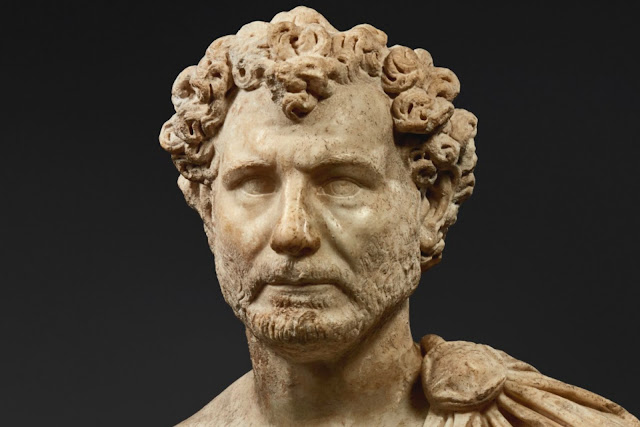 Anonymous said…
Something about that sculpture looks so approachable, natural, modern, real. The modeling of the face makes it look like it could come to life and start talking right now.

By contrast, the bust of Emperor Commodus looks more typical of sculpted faces from the distant past.
May 18, 2018 at 8:45 AM

William Poundstone said…
The Commodus is one of number of similar portraits of the Emperor. This one is unique in its polished surface. It was apparently cleaned with bleach or acid (!) and partly recut long ago. It was at Castle Howard (the "Brideshead Revisited" house) since the 18th century. When the Getty bought it, it was believed to be an Italian Renaissance work. Technical studies confirmed that it is ancient. Although no one would dream of that kind of aggressive restoration today, curators are accepting that objects have histories that can't be undone. In a way the Commodus is like the Villa itself, suggesting what antiquity would have looked like when it was brand new.
May 18, 2018 at 9:10 AM