The Monkey Gets a Moat 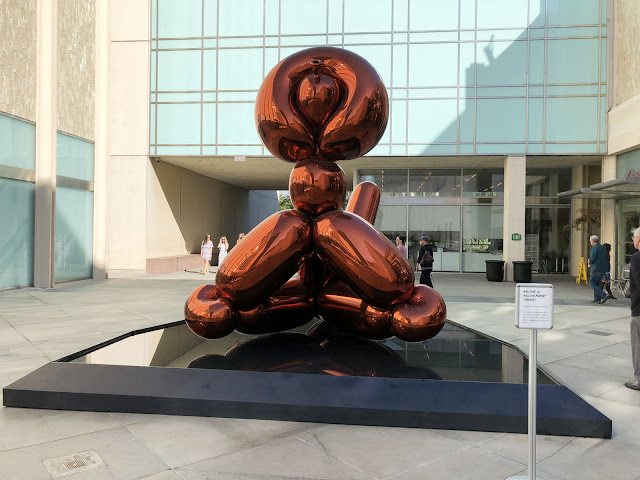 Jeff Koons' Balloon Monkey (Orange), on view at LACMA, now has a water-filled reflecting pool. Or make that a moat. The point, apparently, is to keep kids from thinking it's a toy they can touch. Not that it doesn't look like a toy. On a recent weekend the Monkey has its own guard, standing by.

A decade ago a Koons Tulips on loan from the Broad collection suffered minor damage while displayed outdoors at LACMA. The L.A. Times reported that "at an opening event, apparently a bracelet worn by a reveler scratched the piece. Subsequent close encounters have left scuff marks. In one case a toddler threw his arms around one of the flowers."

Even slight damage to a mirror finish is noticeable. Tulips was sent back to its German fabricator for repair and is now on view, indoors, at the Broad.

The Monkey's sign is clear on the ground rules ("Please do not pet the monkey!… do not touch the sculpture, sit on the pedestal, or play in the water") but curiously omits mention of the artist.


How weird is this? Imagine the Met plopping a big Jeff Koons in front of the museum without saying what it is, who made it, where it came from, or why it's there. That's what LACMA is doing.
— Tyler Green (@TylerGreenDC) February 8, 2018

UPDATE. LACMA's Miranda Carroll says there is a label and sends this photo. It mentions something called Muses Investment Holdings Limited, apparently the lender. 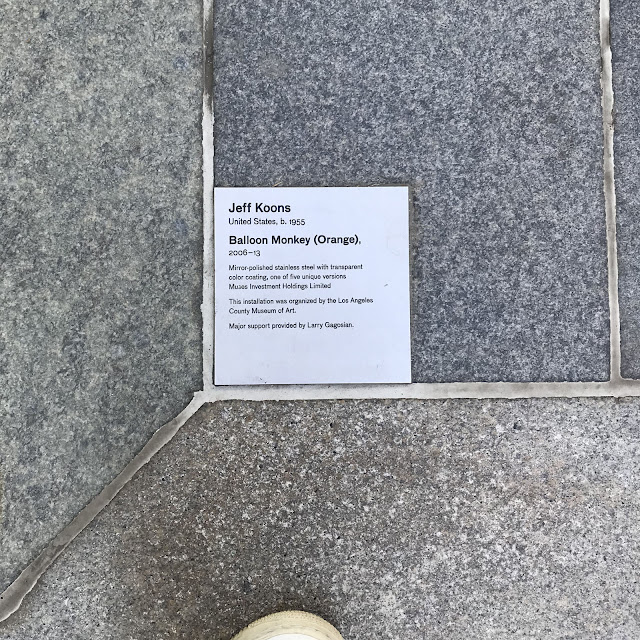 Below, Joost van Oss (@joostvanoss) shows where to find the elusive label. 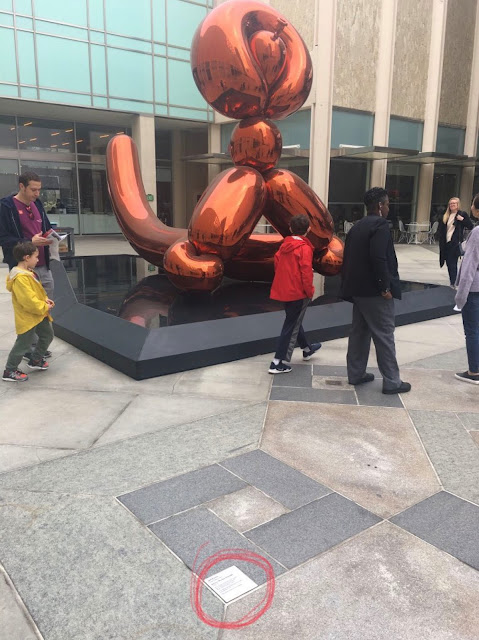 Anonymous said…
I also find it weird that LACMA has not provided a description or indicated who the lender is. Geez all they have to write is "On loan from a private collection."
February 9, 2018 at 8:42 AM

Anonymous said…
One more reason why it's a mistake for the museum to be spending so much of its finite time and even more finite resources on a massive demolition and reconstruction project. The Govan-Zumthor deal may turn out to be a case of "it was necessary to destroy LACMA in order to NOT save it."